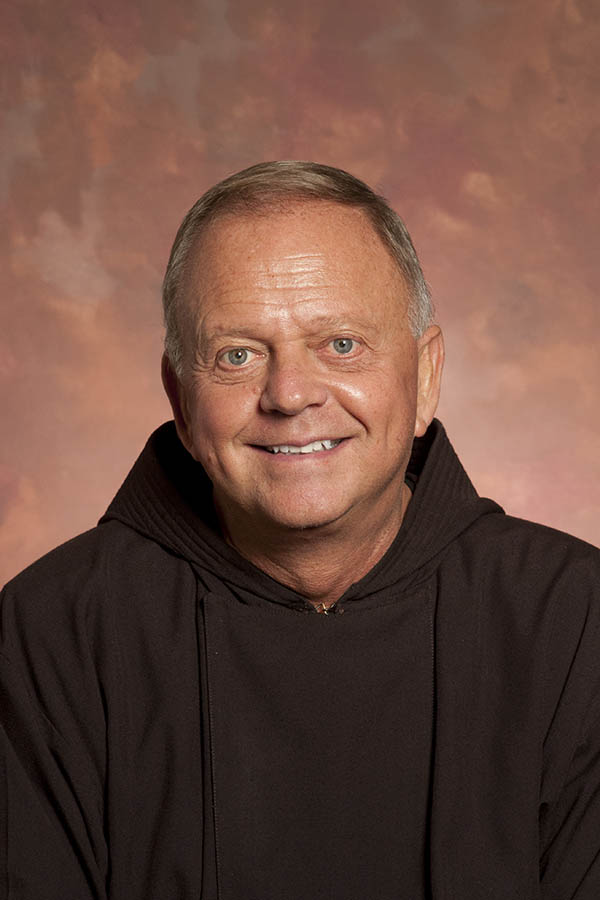 Father Jim Froehlich is a Capuchin-Franciscan friar from the Pennsylvania Province of St. Augustine. He joined the formation faculty at Theological College in 2009 and serves as a formation advisor and a spiritual director. In addition, he supervises small group formation with first- and second-year Pre-Theologians.

Father Jim was ordained in 1982. He attended St. Fidelis College & Seminary in Herman, Pa., and received a B.A. in counseling psychology in 1974. He later became a member of their seminary faculty as a teacher of classical language and a resident high school seminary formator. He made his permanent profession of vows into religious life in 1976. He received an M.A. in theology from Washington Theological Union in 1981. He served as parochial vicar at a parish in York, Penn., while in graduate studies in pastoral counseling at Loyola University in Baltimore during the 1980s.

Throughout his formation, Father Jim has pursued various volunteer social service experiences focusing on youth, the mentally and physically handicapped, indigent elderly, and the economically deprived, among others. His formal clinical pastoral education training as a chaplain is recognized by the National Association of Catholic Chaplains. He served as a member of the formation faculty at Borromeo College Seminary in Wickliffe, Ohio, from 1986 to 1989 and as professor in the psychology department. From 1989 to 1992, he served as vocation director for his province, as provincial admissions board member, and as a member of his provincial formation council.

From 1992 to 1998, he served on the post-novitiate formation team and as treasurer at Capuchin College in Washington, D.C. For the next seven years, while pursuing a Ph.D. in pastoral counseling, he served as provincial postulancy director, and as a director of an inter-provincial Capuchin novitiate preparation program in Wilmington, Del. He has extensive experience in seminary admissions and recruitment candidate assessment and evaluation, and in pastoral formation and counseling.