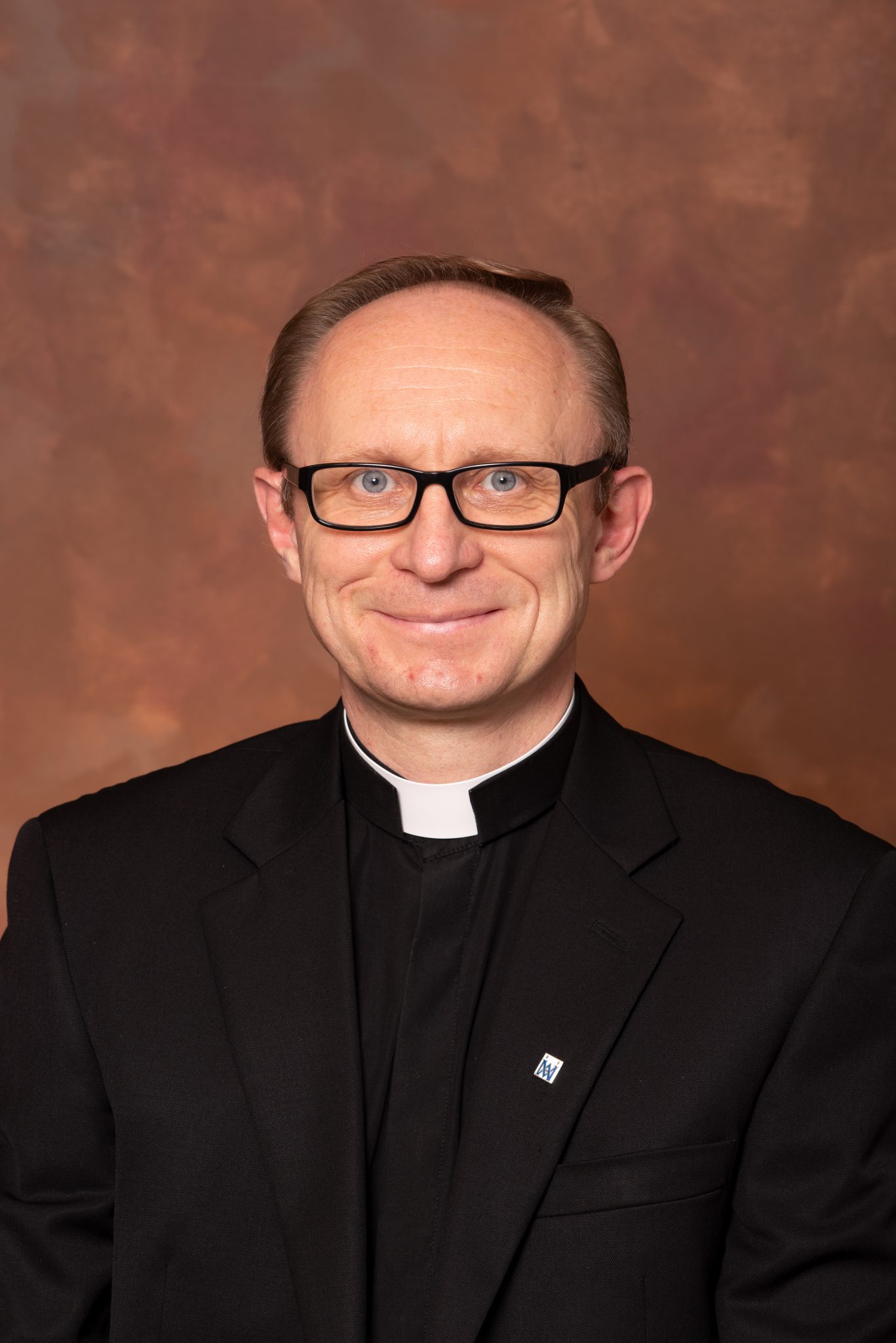 Father Andrew joined the Theological College formation faculty in 2019 and was appointed Coordinator of Human Formation and Dean of Men in July 2020. He was born in communist Poland, where he grew up in a happy family of three boys. His youngest brother, who is physically handicapped, had a major influence on his priestly vocational discernment, which began at an early age. He entered the seminary in his diocese immediately after graduating from high school. He had completed a philosophy degree and had begun a theology degree when the Spirit led him to Canada to do missionary work. In time, he was sent to Edmonton to continue his priestly formation. Besides studying theology, he enjoyed learning to play Canadian sports, reading, and watercolor painting.

He was ordained in 1999 for the Diocese of Prince Albert, northern Saskatchewan. First, he served as an assistant pastor, and then as a pastor of five rural parishes of his diocese, where he also enjoyed fishing, canoeing, and camping with the people of God that he served. After several years of service he was called to join the Sulpician Fathers (Canadian province), who had expressed a desire to have him in their ranks. Following a brief experience in formation ministry in Montreal, Quebec, he was sent to complete a degree in psychology at the Pontifical Gregorian University in Rome, from which he received his Psy.L. in 2008.

His first appointment was to Saint Joseph Seminary in Edmonton. He served on the Sulpician team, where he was responsible for human formation and counseling. He directed the Enculturation Program for International Priests and taught psychology and pastoral courses at Newman Theological College, where he also served as the chair of that department. He was available for pastoral counseling and therapy, as well as spiritual direction of diocesan clergy and laity.

After seven years working in seminary formation, Father Andrew went on to complete an S.T.L. in moral theology in 2015 (also at the Gregorian), and he was then appointed to teach and to form seminarians in Montreal. During a two-year period there, he taught psychology, moral theology, and ethics. He was involved in formation ministry and was responsible for the human formation sessions, with both spiritual and human accompaniment. He was also involved in the permanent formation program. He is fluent in Polish, English, French, and Italian.