Theological College’s annual end-of-semester celebration began most fittingly with the Vigil Mass for the Solemnity of the Immaculate Conception of the Blessed Virgin Mary.  Emeritus Schola director Dr. Gerald Muller’s arrangement of “Lo’ How a Rose” opened the prelude meditation to the Mass, which was carried forward (by new director David Lang) with the Sicilian melody “O Santissima,” setting the tone of profound gratitude for a fruitful semester ending in the holy season of Advent.

This year’s gathering hosted two dozen friends and family of staff members whom the seminary community graciously welcomed for the Mass and festive reception and dinner that followed. The attentive planning spearheaded by the seminary newcomers (led by Sean Neville, B-1, Cleveland; Sean Skahen, 1-T, Washington; and John De Guzman, 1-T, Raleigh) was clearly evident— beginning with the lavish decorations, arranged by the entire cohort of those new to TC, through the execution of the evening entertainment. Ministers of hospitality Aaron Ledgerwood (2-T, Pittsburgh) and Ben Schrantz (PT-2, Syracuse) ensured a gracious welcome and attentive meal service for the 125 people present. The evening was filled with the joyful expectation of the season, underscored by the milestone expectation of the fraternal contingent of fourth-year deacons preparing for priestly ordinations. This class is one of TC’s largest graduating classes in the past 30 years, made up of 16 seminarians from 11 dioceses across the country. The deacons were roundly (and affectionately) roasted by the first-year TC seminarians during the creative and comical “New Man Show” at the end of the evening.

Please join us in our Advent prayers for the Class of 2019! 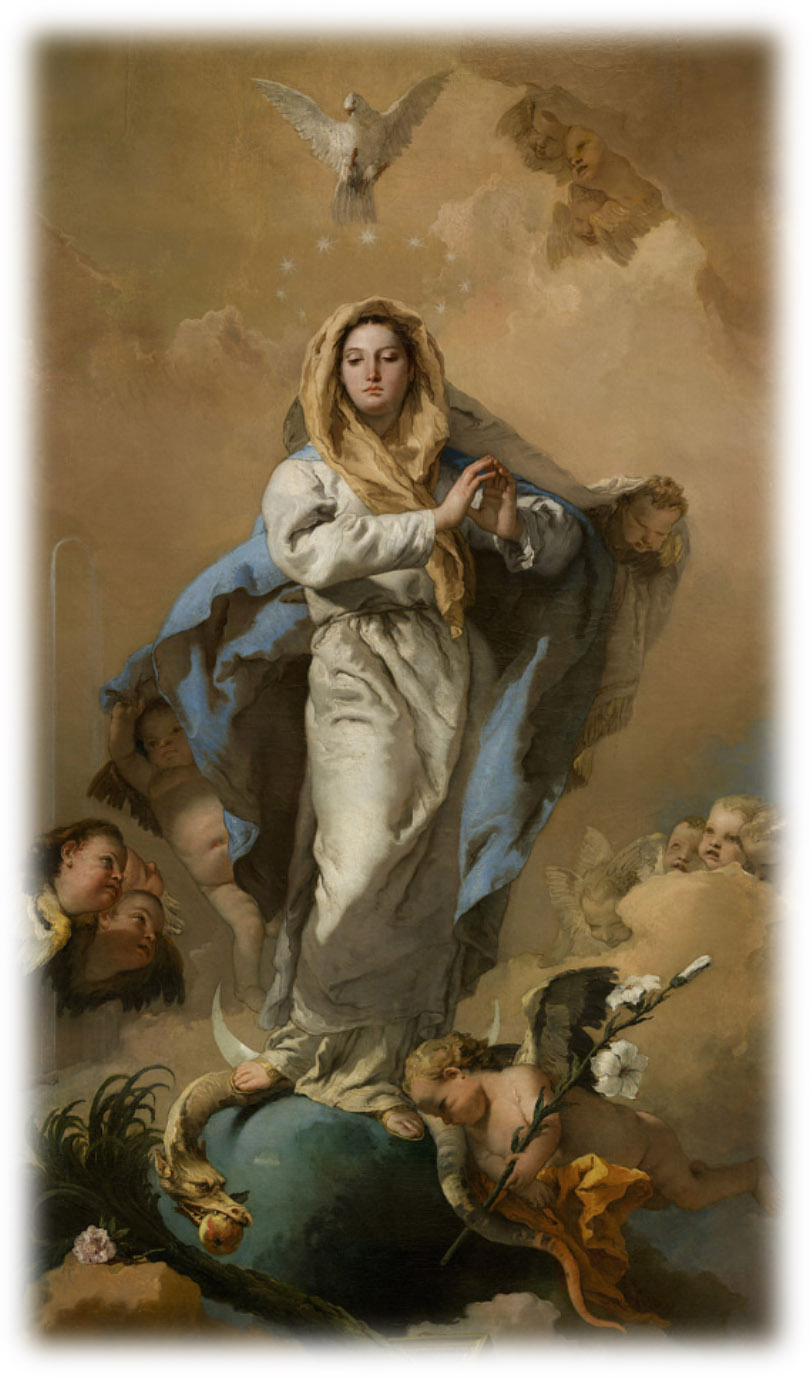 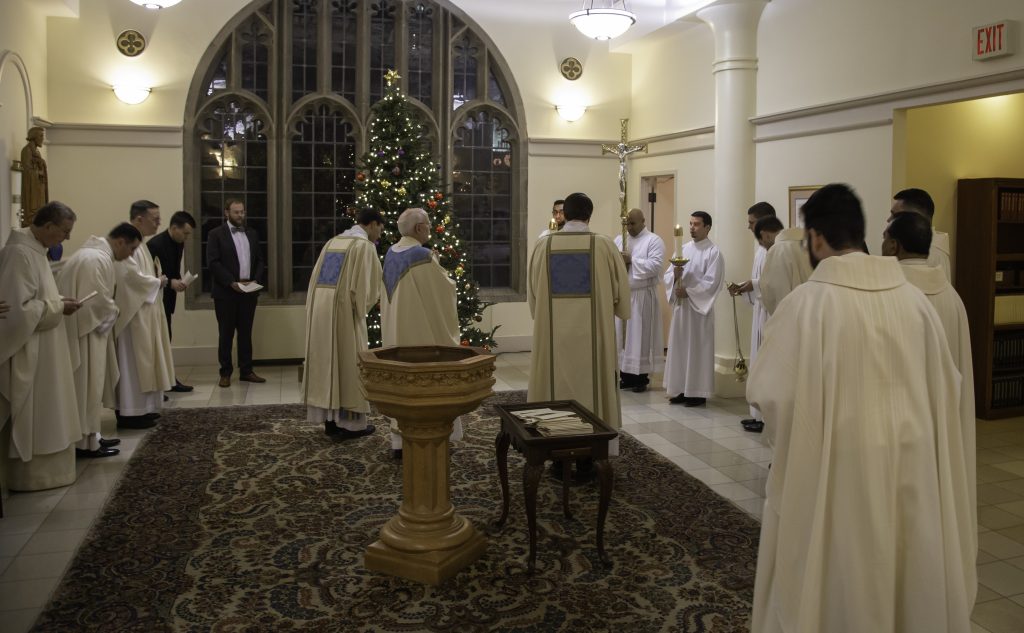 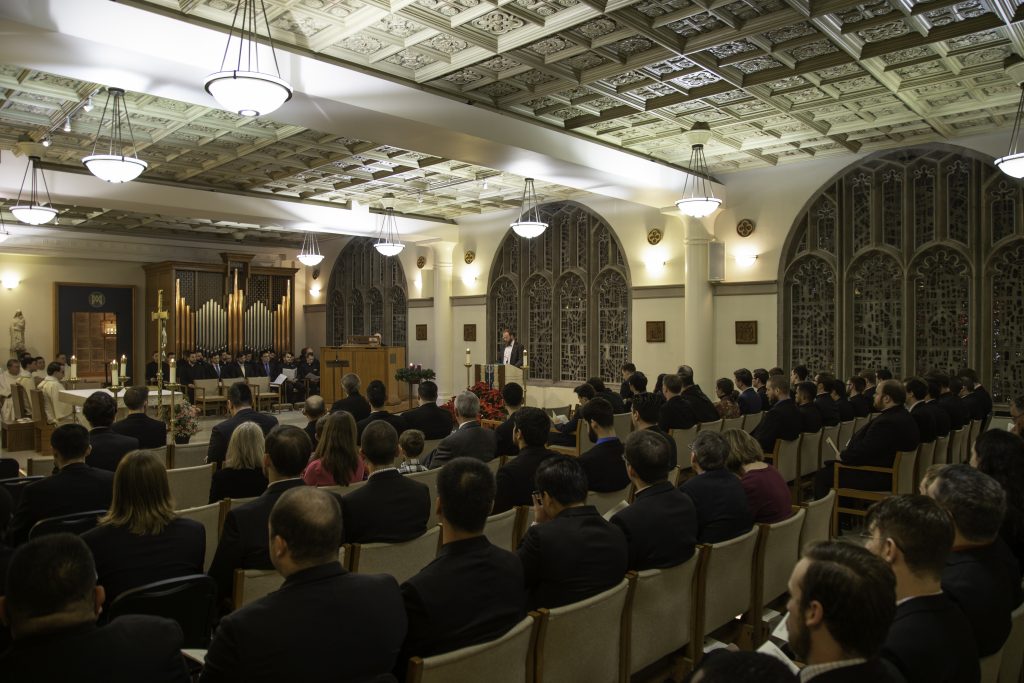 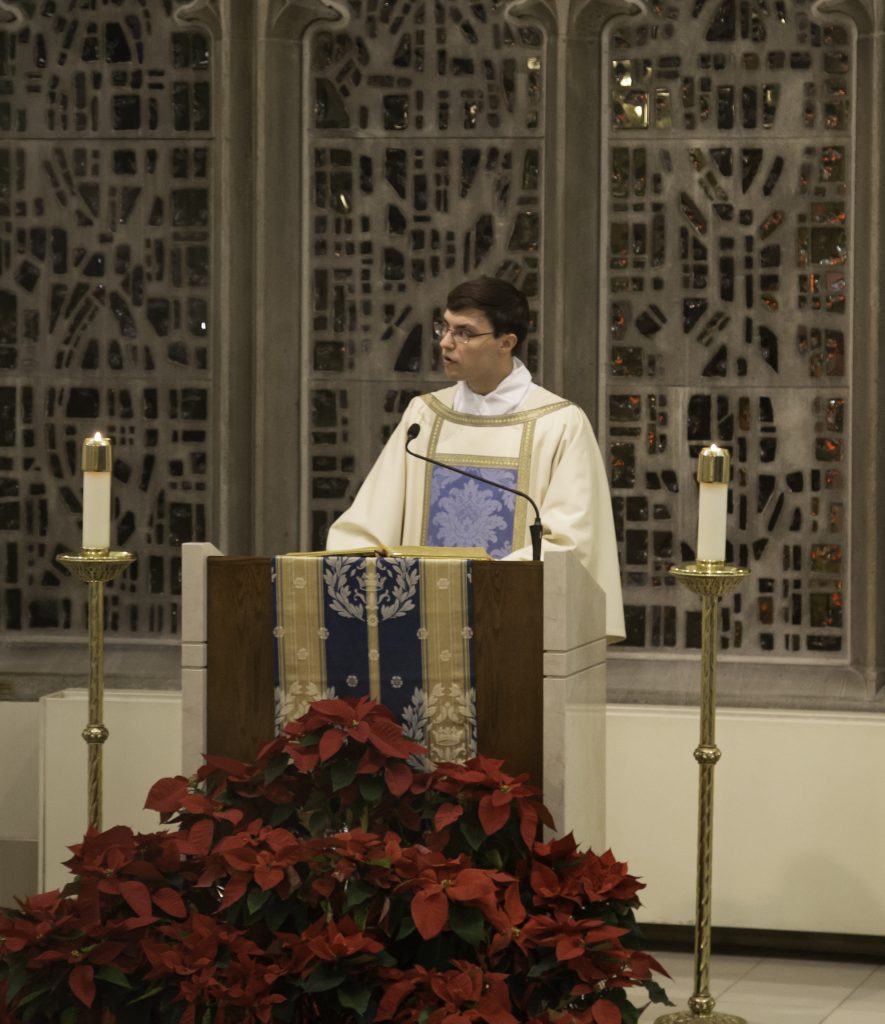 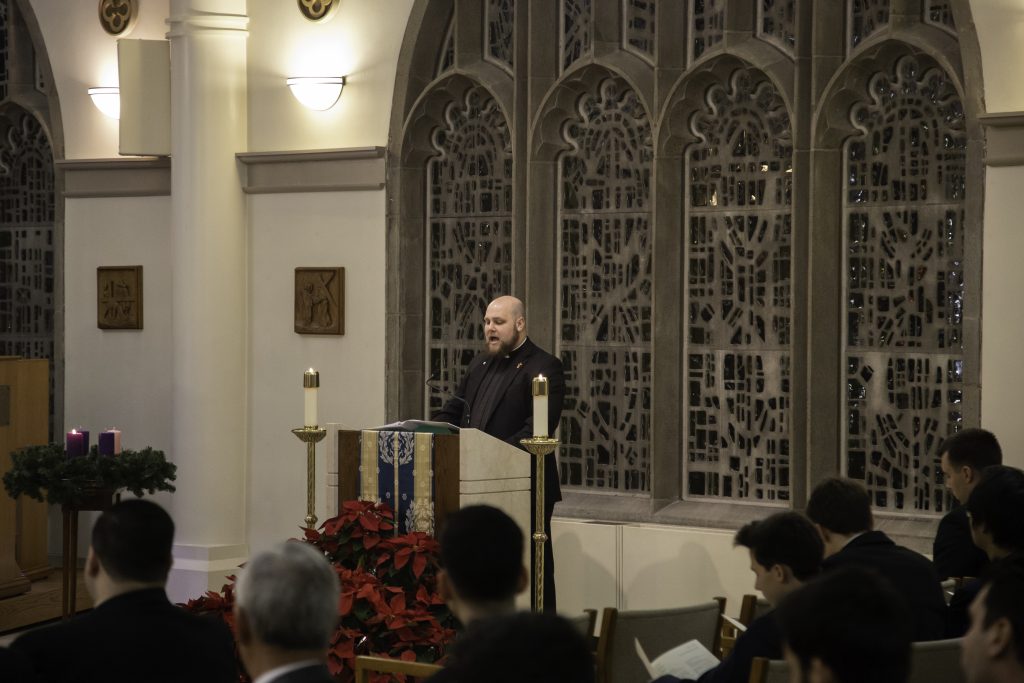 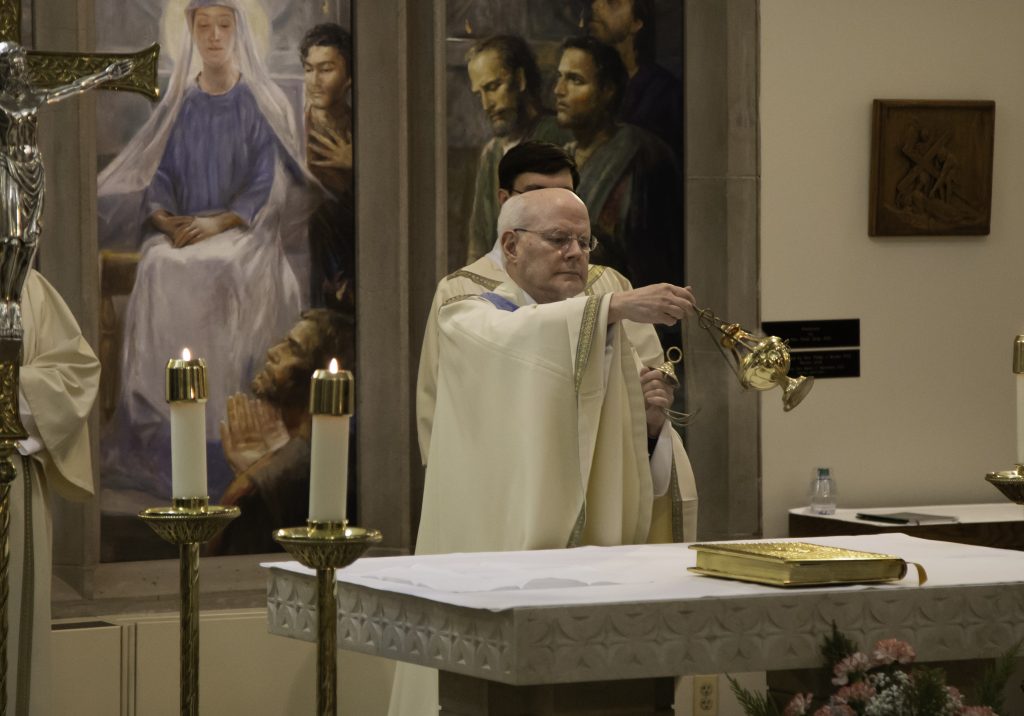 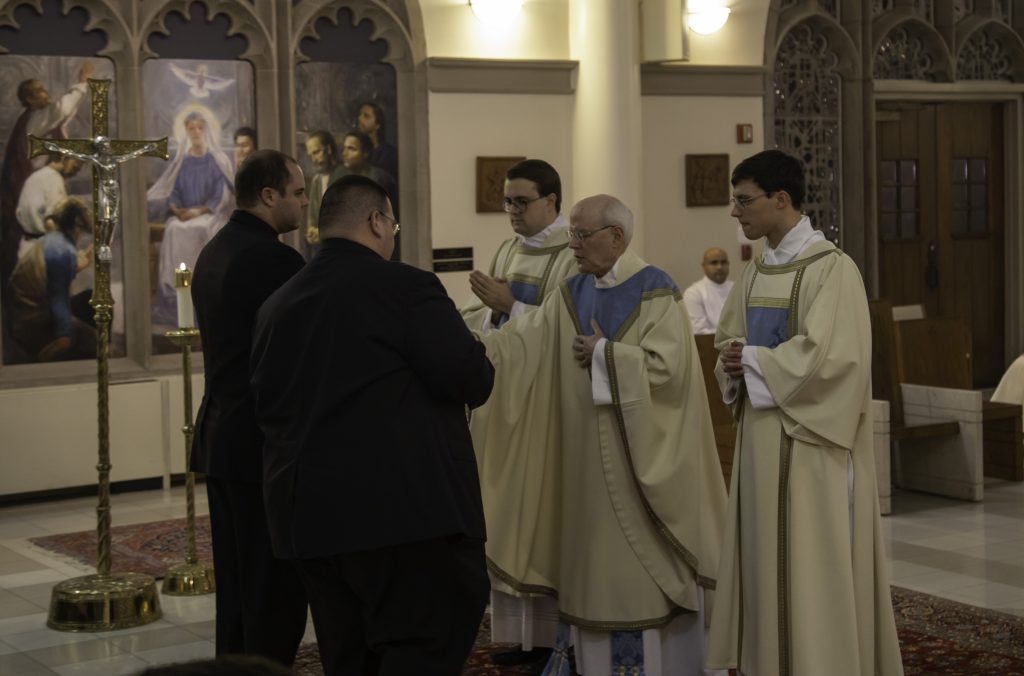 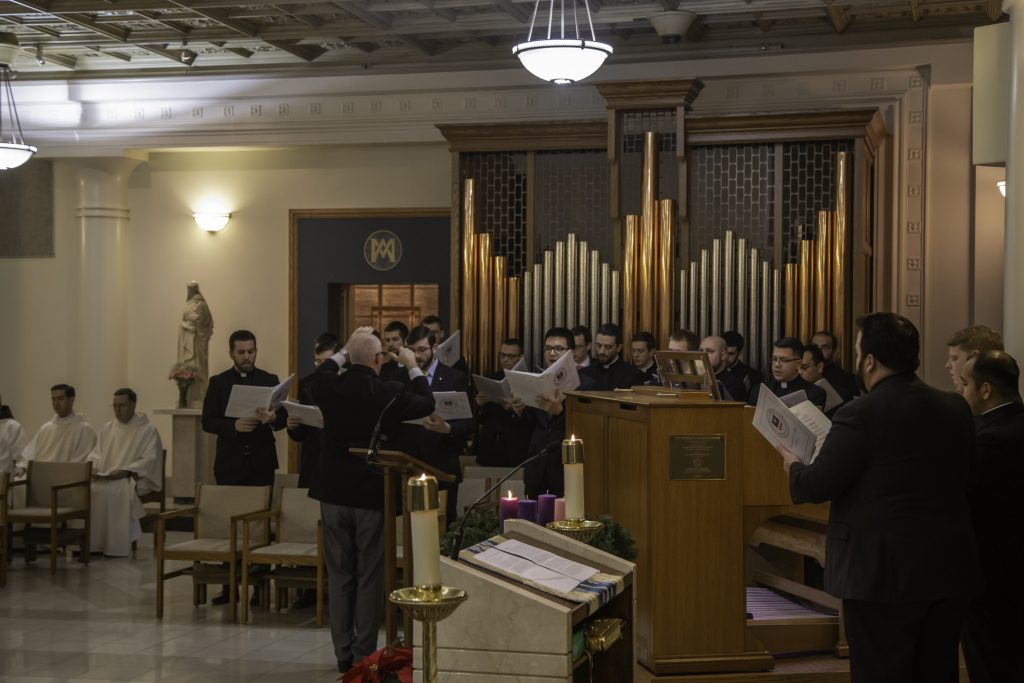 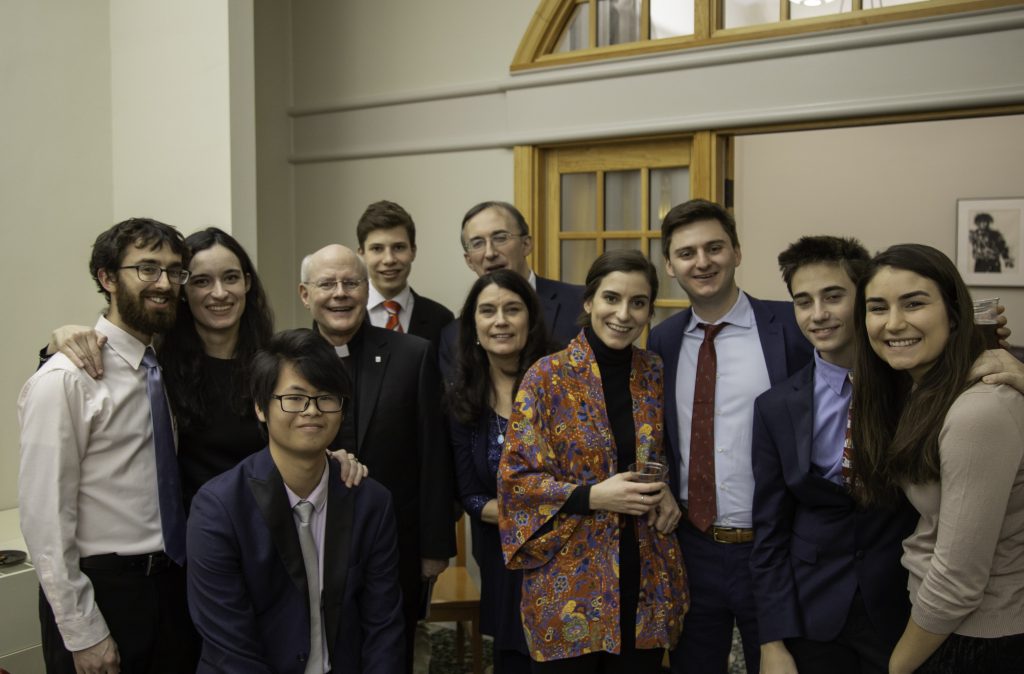 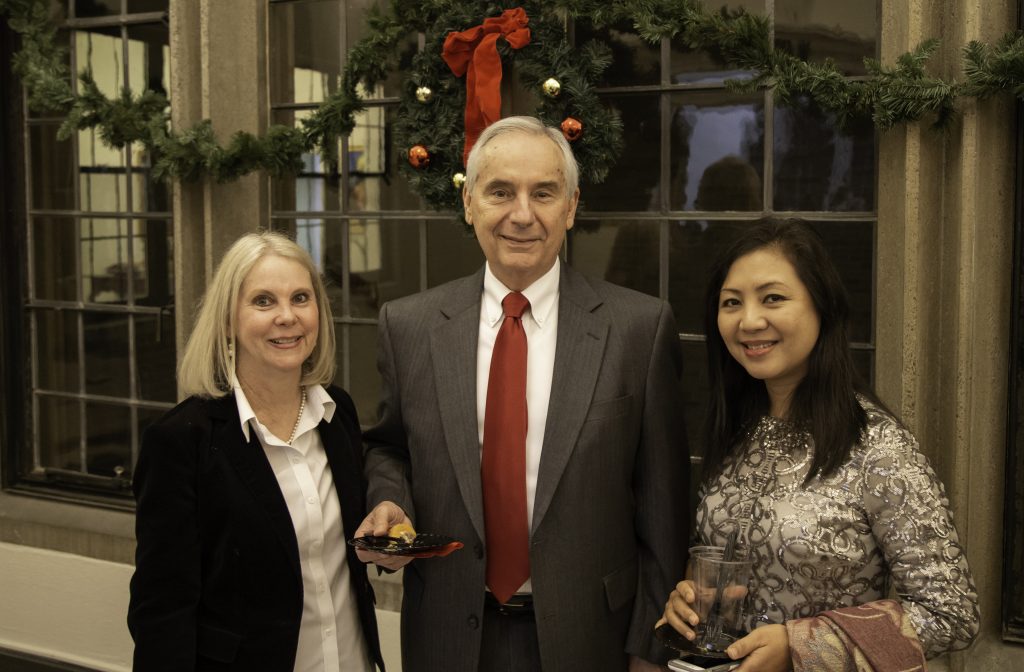 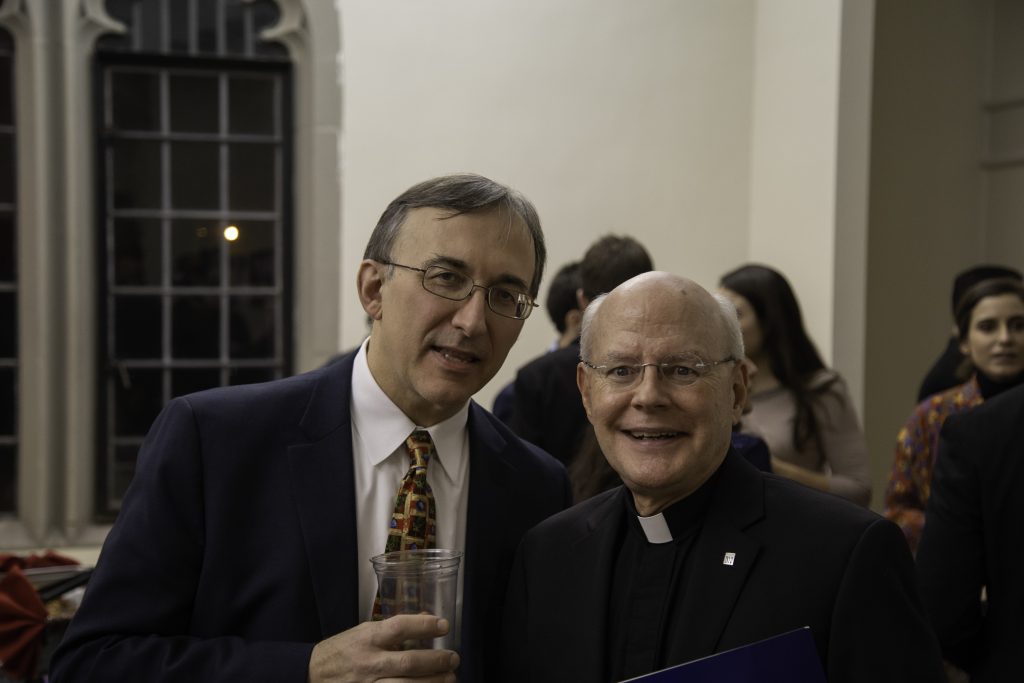 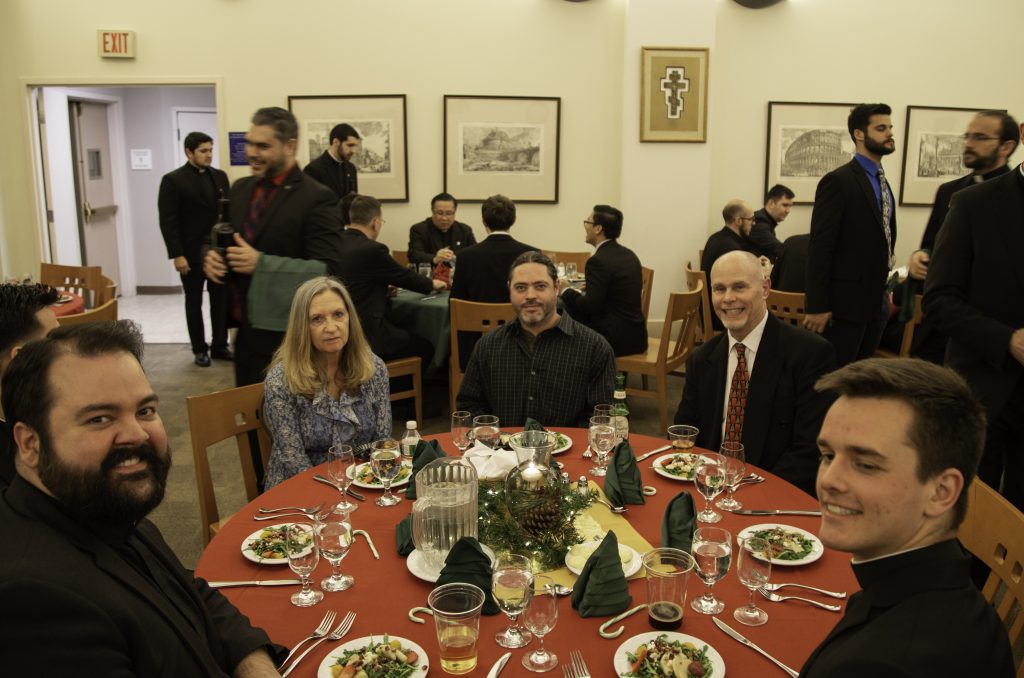 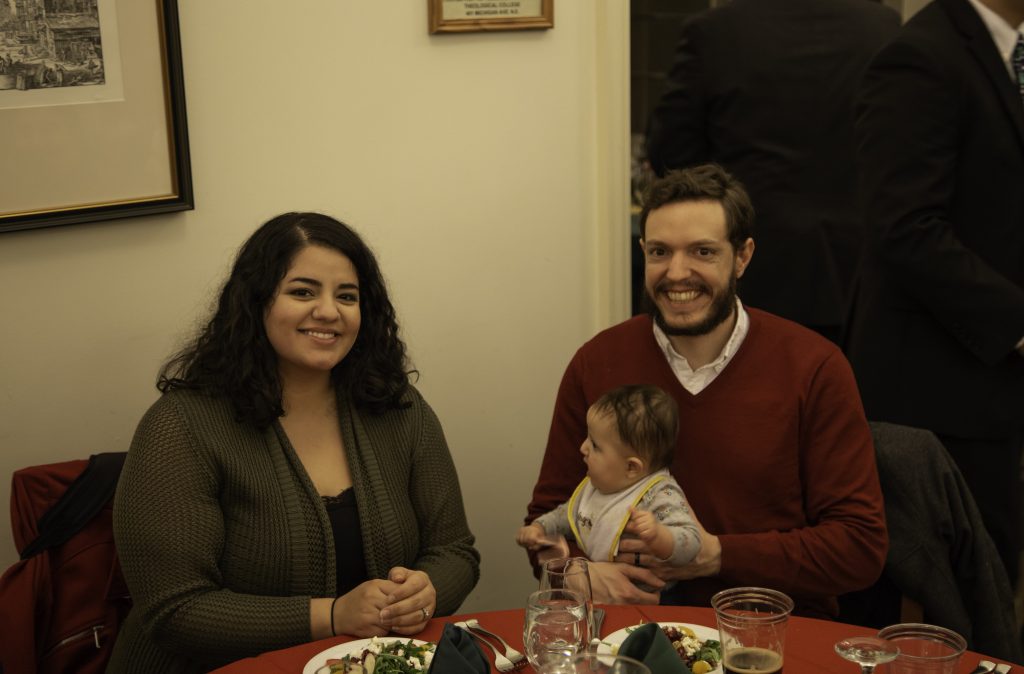 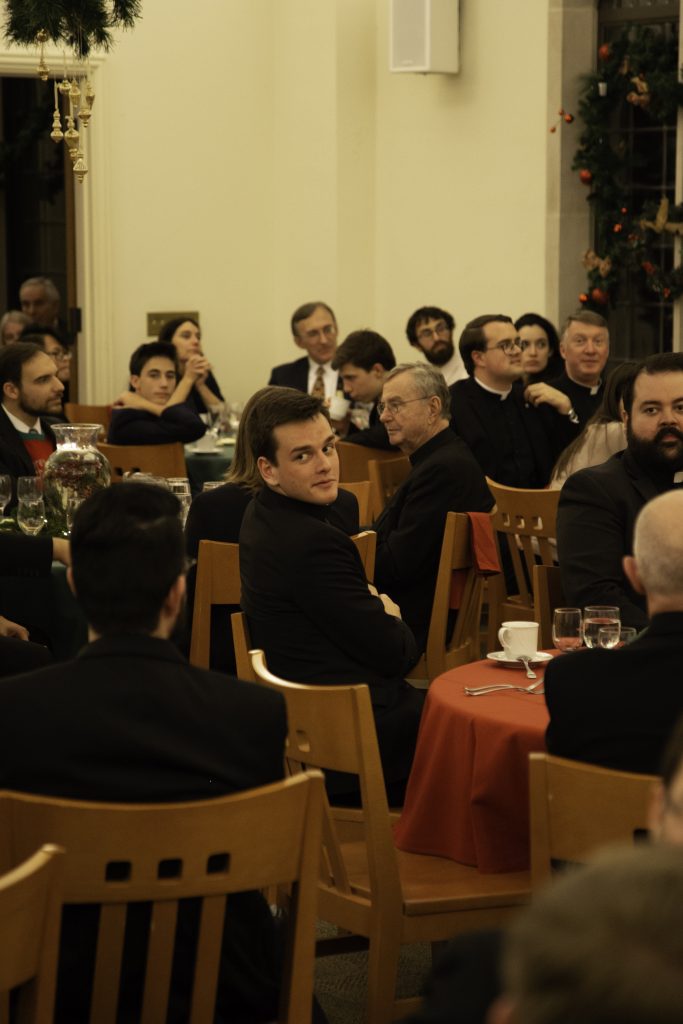 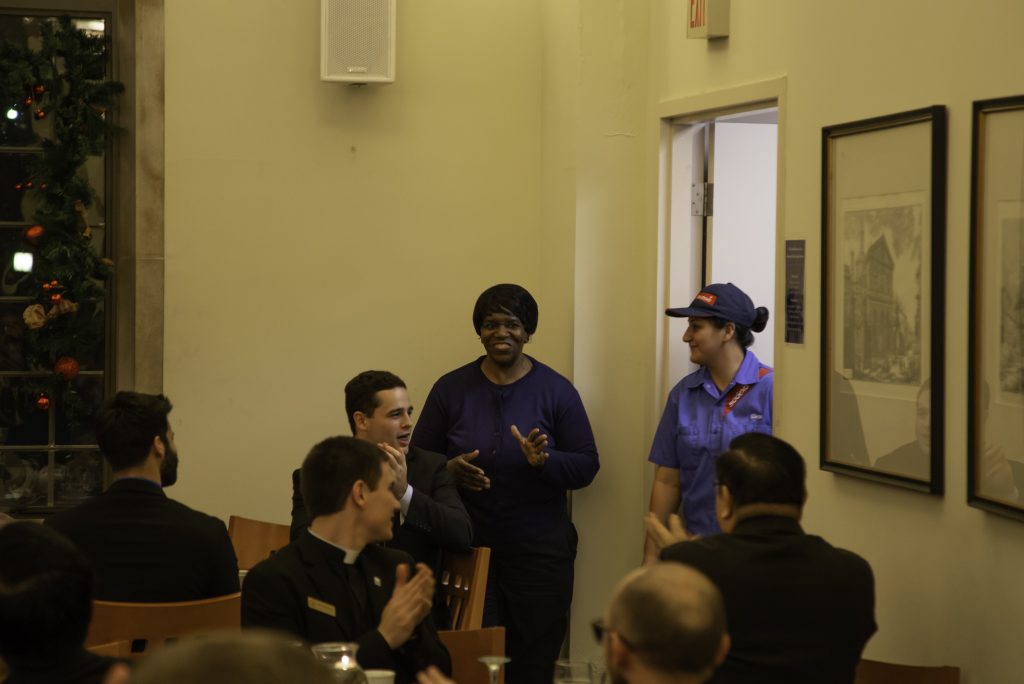 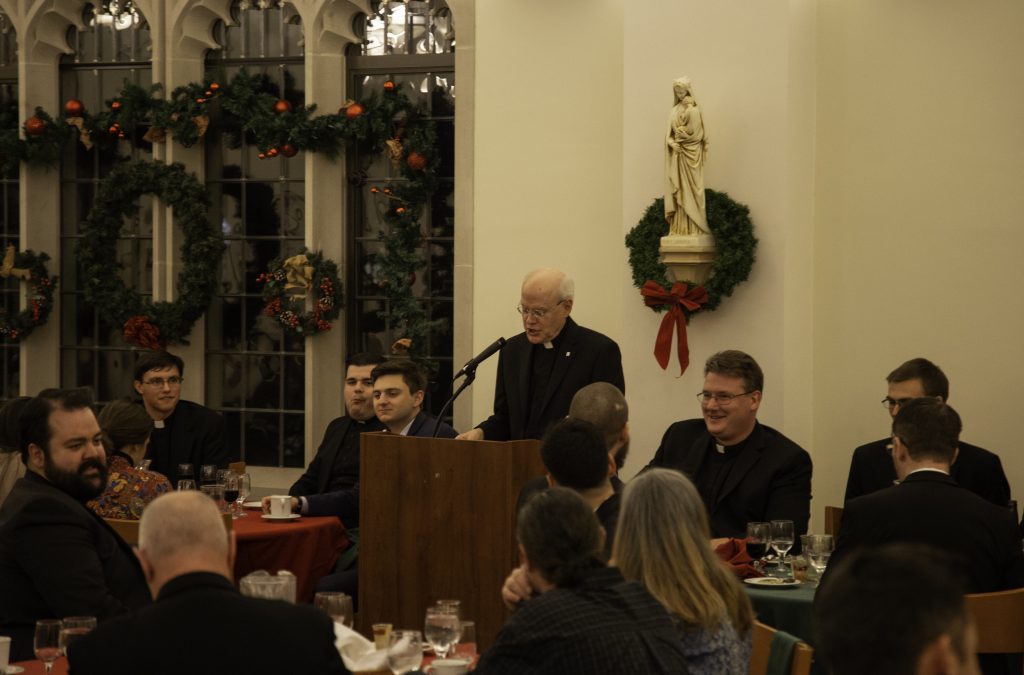 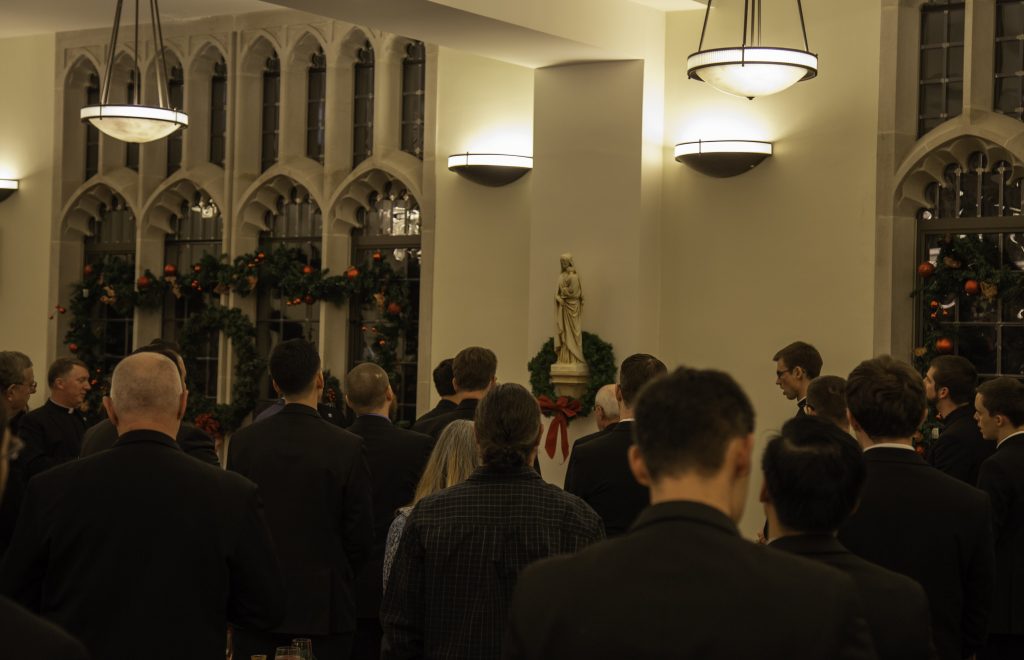