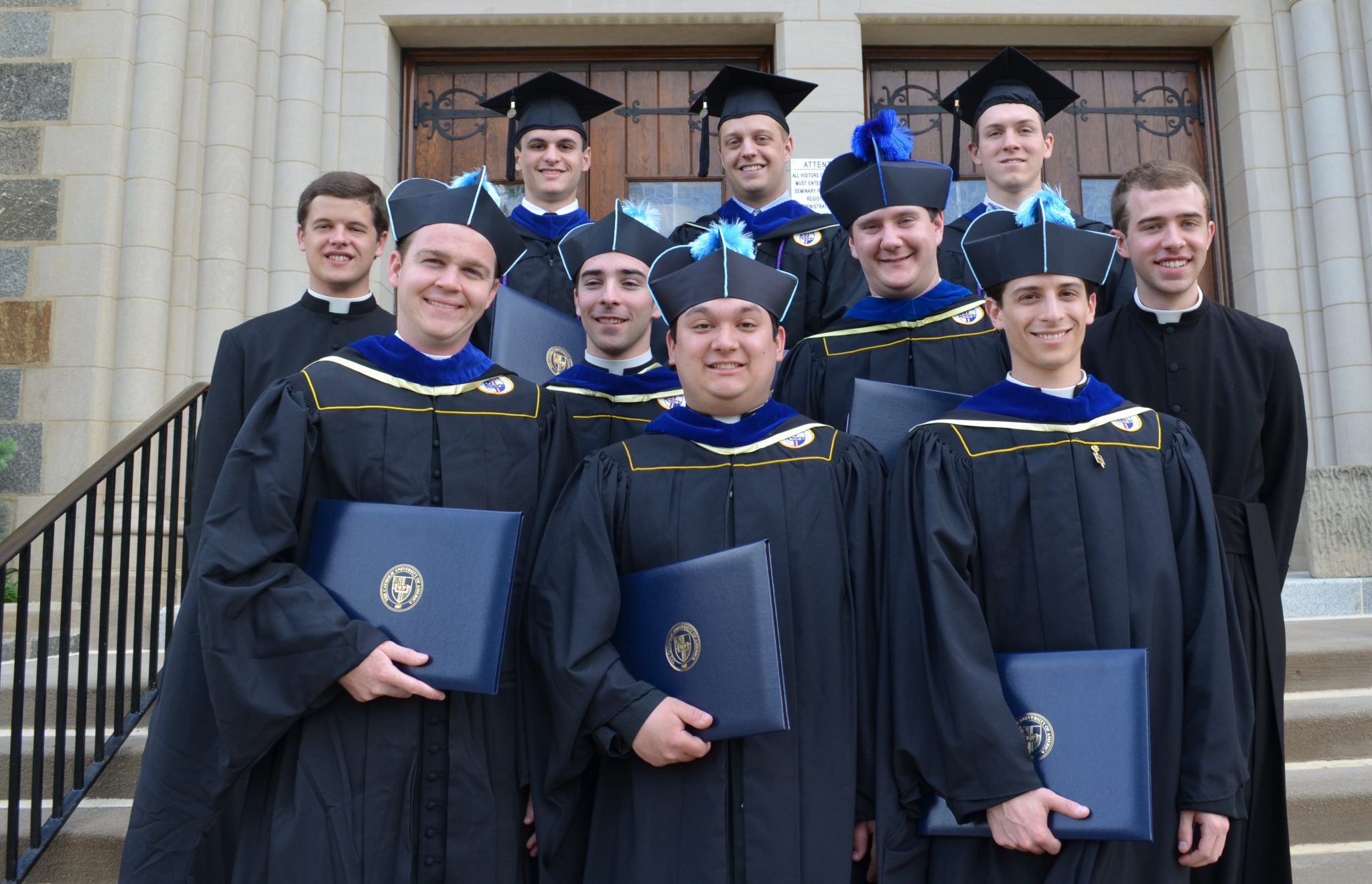 The Basselin Scholars Program is a special, three-year honors program in philosophy consisting of the junior and senior years of undergraduate study and one year of graduate work, leading to the Ph.B. and Ph.L. degrees respectively. It is for qualified seminarians who have a vocation to the priesthood appropriate to their age and level of discernment, and who have completed two years of undergraduate study with a superior level of academic performance.

The Basselin Program includes both academic and priestly formation:

Basselin students engage in a strong program of priestly formation on both group and individual levels. On a group level, students gather daily for morning prayer, Eucharist, and evening prayer, and weekly for spiritual conferences, regularly for Days of Recollection, and yearly for an extended retreat. Eucharistic adoration, devotion to our Lady, and regular celebration of the sacrament of Penance play important roles.

On an individual level, each student meets twice per month with a priest spiritual director and a formation adviser, who help seminarians chart the progress of their spiritual life as well as their personal development. Pastoral service provides a significant counterpoint to the Basselin scholar’s intellectual development and consists of direct service to the poor under the direction of an on-site pastoral supervisor involved in TC’s pastoral formation program.

An endowment was established in 1914 by Theodore B. Basselin, a wealthy New York businessman, to fund a program “for highly trained men aspiring to the priesthood to obtain further study and education in scholastic philosophy and oratory.” The Basselin endowment, administered by Catholic University, provides a full three-year scholarship to qualified, age-appropriate seminarians.