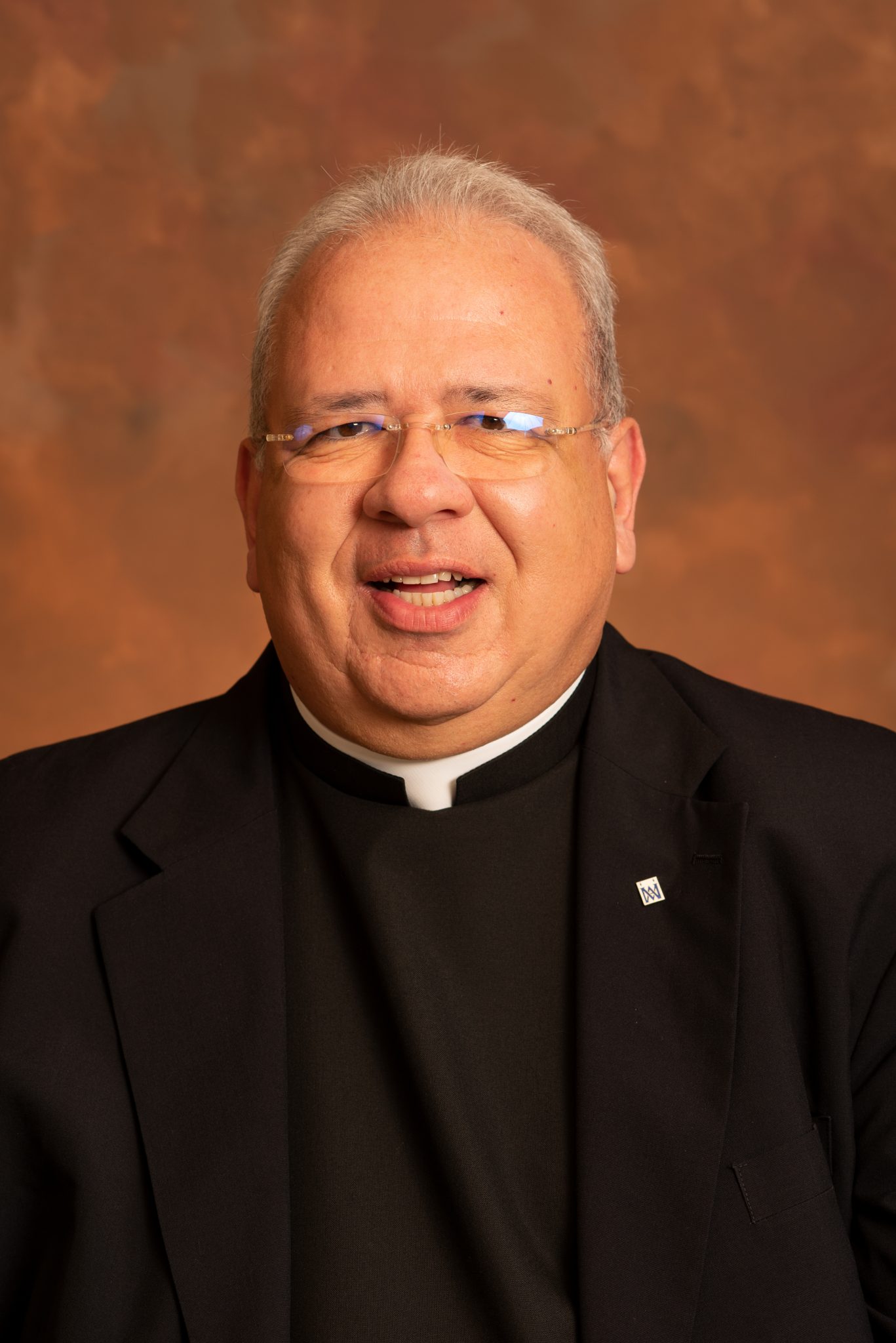 Rev. Jaime E. Robledo, P.S.S., joined the formation faculty at Theological College in July 2020. A priest of the Diocese of Buga, Colombia, he is a Sulpician father of the U.S. Province. Fr. Robledo’s first studies in philosophy and theology were at Seminario Mayor San Pedro Apóstol, in Cali, Colombia, which was operated by the Sulpicians.

After his ordination in 1990, he began his pastoral experience in the Diocese of Buga, Colombia, as the diocesan director of the Office of Evangelization and Liturgy and pastor of various parishes. He also was a member of the formation faculty at the same seminary where he completed his own studies.

He continued his education in Rome, receiving a licentiate in dogmatic theology, with an emphasis in theological anthropology, from the Pontifical Gregorian University, where he also took courses on spiritual direction and Ignatian spirituality.

In 1997, Fr. Robledo was the founding Vice-Rector of the Seminario Los Doce Apóstoles in Buga, Colombia. Fr. Robledo was chaplain, and later named principal, of the Gimnasio Central del Valle Diocesan High School, where he redesigned the institutional educative project following a personalistic pedagogical approach. He was rector of the Instituto Julián Mendoza Guerrero, for the New Evangelization of Culture, an institute associated with the Pontificia Universidad Javeriana in Bogotá, Colombia, dedicated to the religious and pastoral formation of laity, consecrated men and women, and ordained ministers.

Fr. Robledo completed the core curriculum on Bioethics at the Pontifical Athenaeum Regina Apostolorum, School of Bioethics, in Rome Italy. He then worked and ministered at Assumption Seminary — first, from 2006 to 2011, as a member of the formation faculty, formation advisor, and Director of Liturgy; then as President-Rector, from 2018 to 2019. As part of the formation faculty at Assumption Seminary, Fr. Robledo was an adjunct professor at the Oblate School of Theology and the Mexican American Catholic College, focusing on courses in theology and bioethics.

Fr. Robledo went on to a ministry assignment at St. Patrick’s Seminary and University as a member of the formation faculty, as a formation advisor, spiritual director, and Chair of the Moral and Spiritual Theology Department. At the same time, he served as instructor in the school of ministries of the Diocese of Oakland and in the Institute for Leadership in Ministry of the Diocese of San Jose.

In 2018, Fr. Robledo obtained a doctorate in Moral Theology from St. Mary’s Seminary and University in Baltimore, with a dissertation on “Elio Sgreccia and Bioethical Discourse in a Pluralistic Society.”

Throughout his time in the Sulpician American Province, Fr. Robledo has ministered to people in Florida and California, offering spiritual direction and spiritual retreats in the Ignatian tradition.