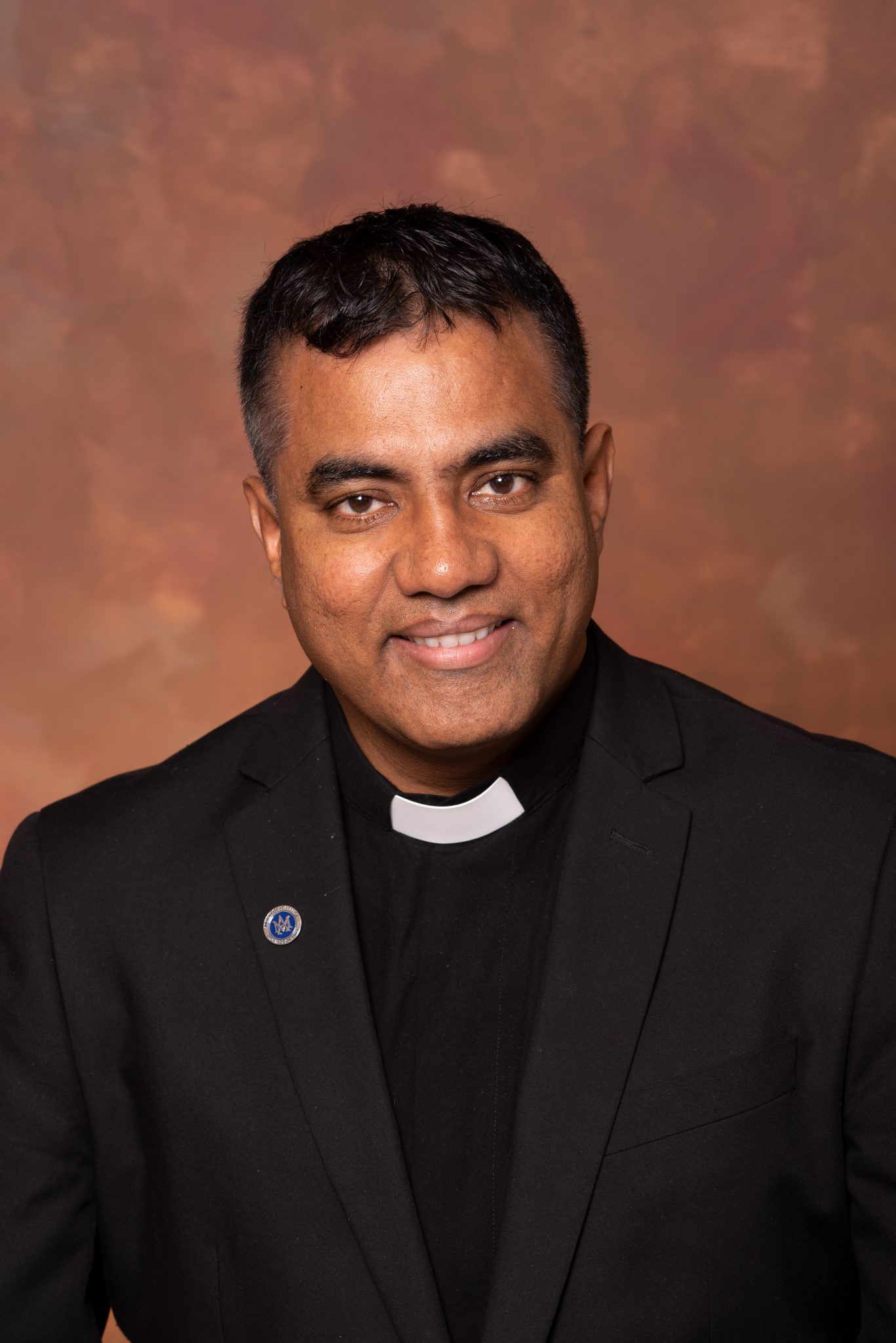 Father Chris is a priest of the Archdiocese of Madras, India, and was ordained in 1995. He holds a Ph.L. from Institut Catholique de Toulouse, France, a D.Min. with a concentration in Pastoral Counseling from San Francisco Theological Seminary, Cal., and a Ph.D. in Pastoral Psychology from the Graduate Theological Foundation in Indiana. He previously served on the faculty of St. Patrick’s Seminary and University in California, as well as Sacred Heart Seminary, India, for 13 years, and has taught both philosophy and theology. As a priest, he has held various positions, including those of pastor, hospital chaplain, formation advisor, spiritual director, academic dean, dean of men, director of field education, and coordinator of the pastoral-year program. He is a certified pastoral counselor and has clinical experience working with families and individuals. He has a certificate in spiritual direction from the Institute for Priestly Formation in Omaha.