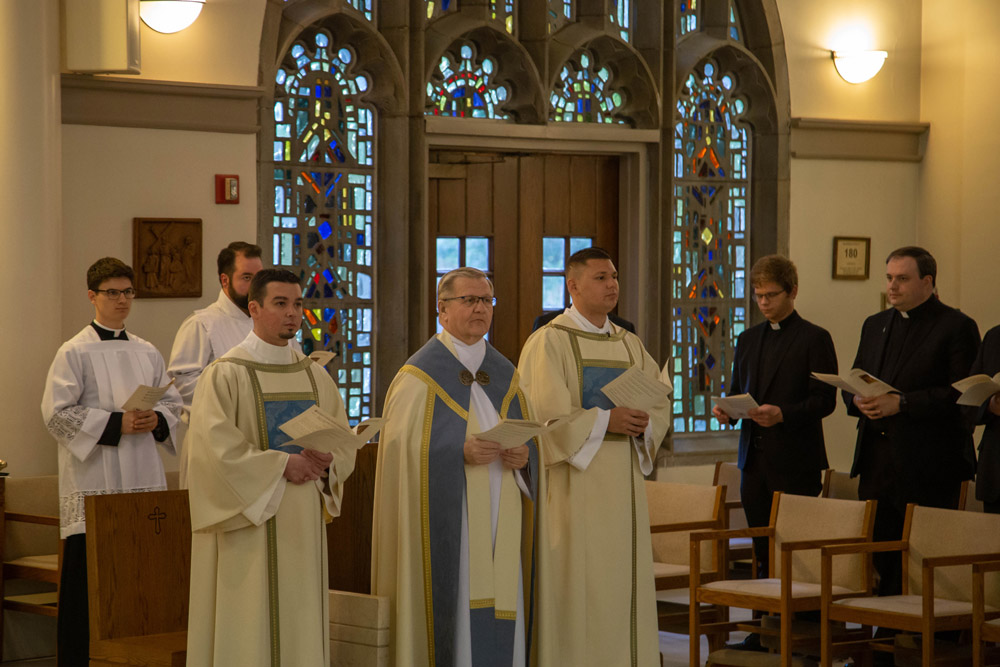 Throughout the day on Tuesday, August 20, 2019, the TC orientation team greeted each of its 18 new seminarians with helping hands for the move, hospitality for family and friends, and blessings of each room by TC’s deacons on the orientation team. The following day, Wednesday, was dedicated to spirituality, beginning with Eucharist offered by Fr. Leonardo Gajardo, P.S.S., and concluded with a Holy Hour with Exposition of the Blessed Sacrament, Night Prayer, and Benediction. Thursday, academics at CUA was the central focus, and the day included registration accomodations and campus tours. Friday’s community life briefings revealed the seminary calendar and introduction to the Rule of Life and the Student Government Association, ending with the annual cookout for the entire TC community of new and returning seminarians, student priests, and faculty. Saturday’s highlight marked a TC milestone: the dedication of the new priests residence in Providence Hall by Very Rev. John Kemper, P.S.S., Sulpician Provincial Superior (above, center). This is the first semester that eight student priests, most of whom are earning their S.T.L. or J.C.L. degrees, will be hosted in a separate residence that formerly housed the Sisters of the Congregation of Divine Providence. The Congregation faithfully served the domestic needs of TC from 1918 to 1986 while living in this (former) convent on the seminary grounds. Finally, on Sunday, after a morning dedicated to prayer and an early afternoon of individual and group photos, the staff and CUA President John Garvey arrived to join the community for the opening Mass, reception, and dinner to celebrate the start of what promises to be another fruitful year of formation at Theological College.

Please join us in prayerful best wishes to the TC community as they continue on their road of discernment and dedicated ministry to the Church! 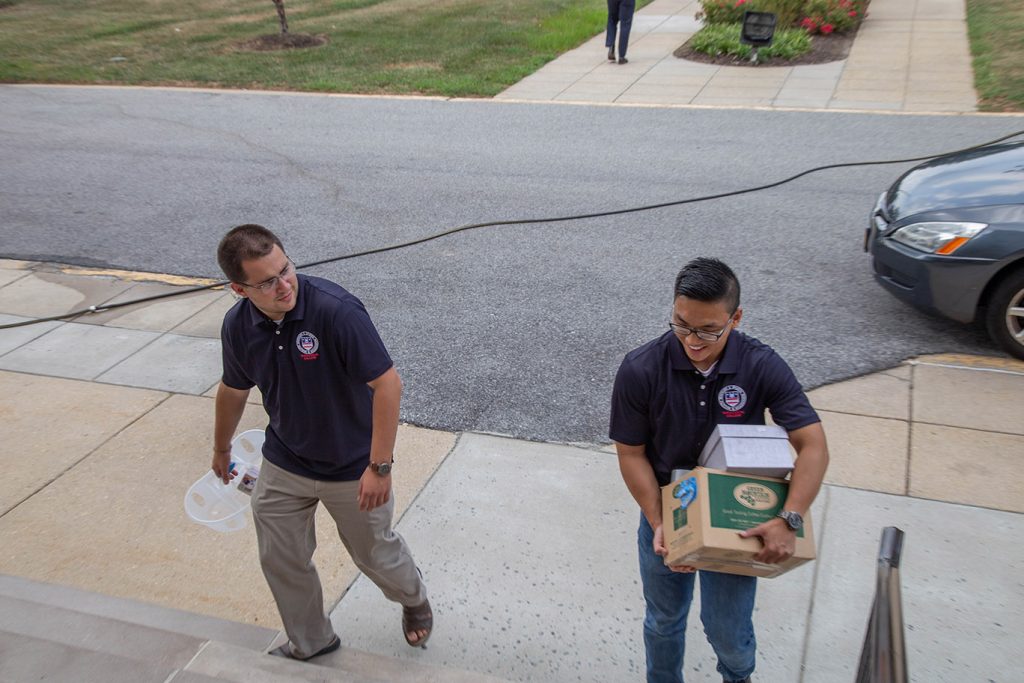 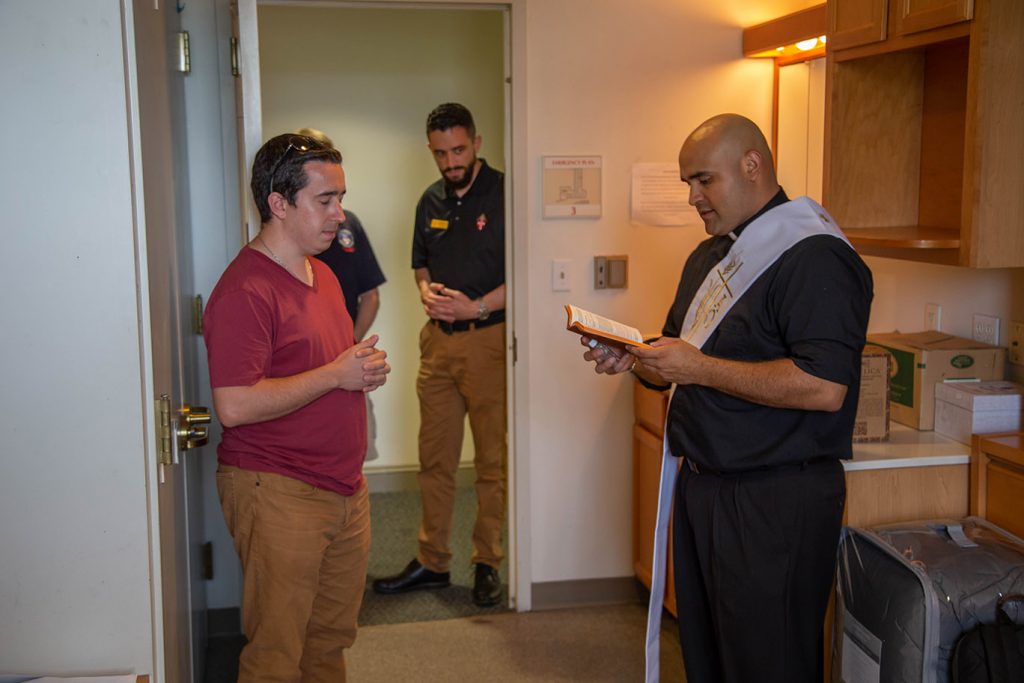 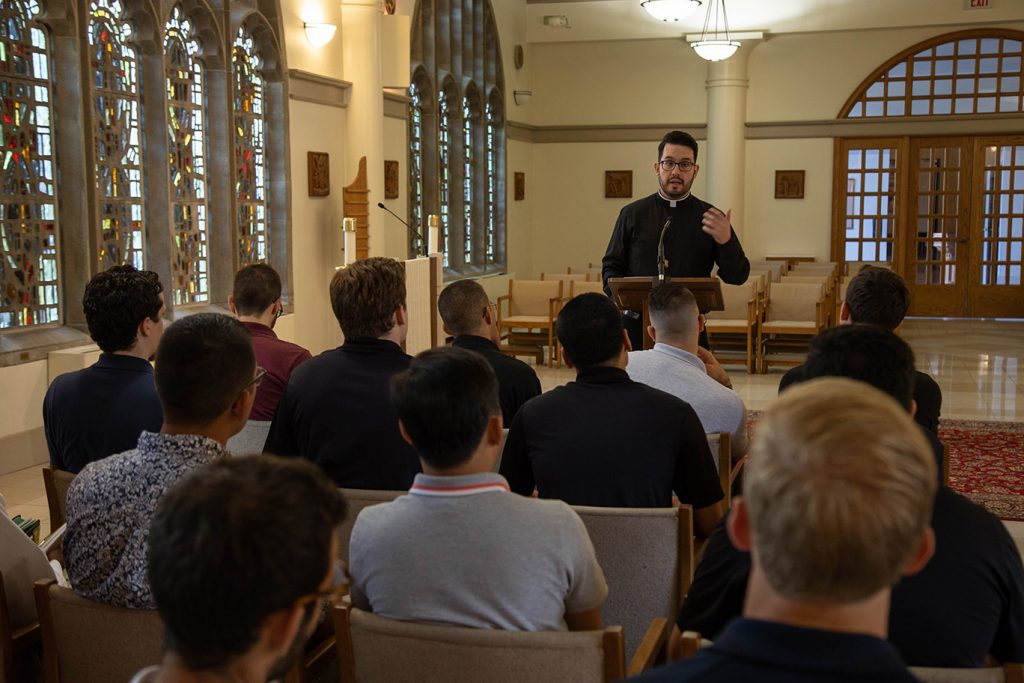 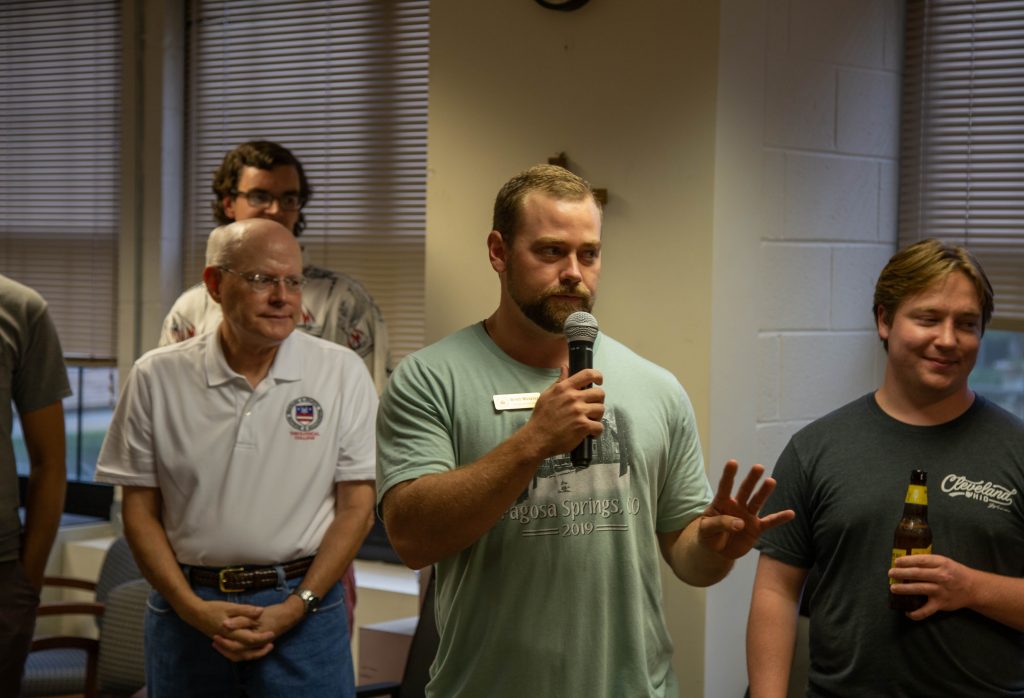 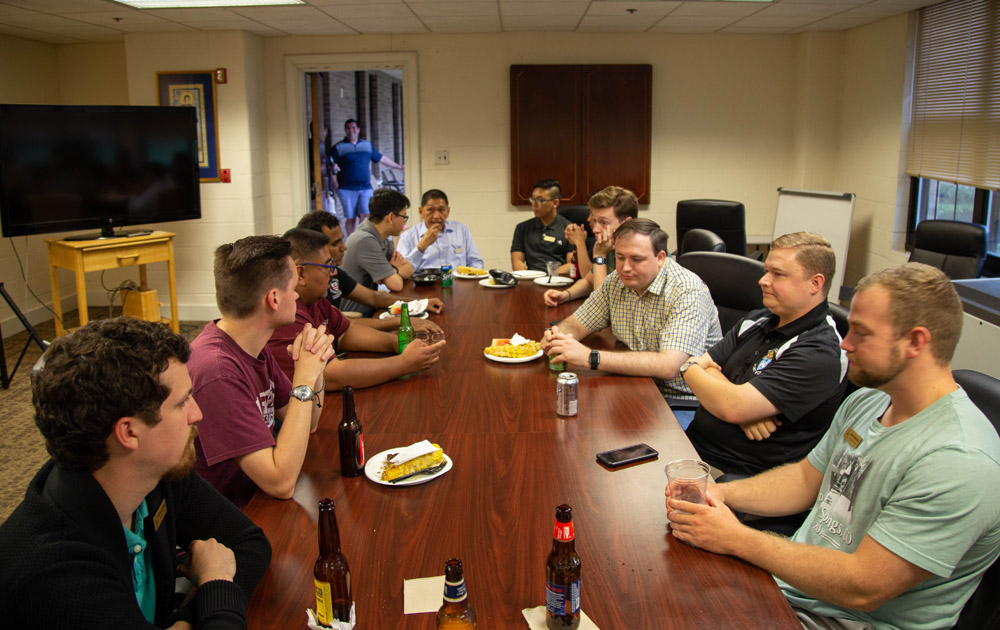 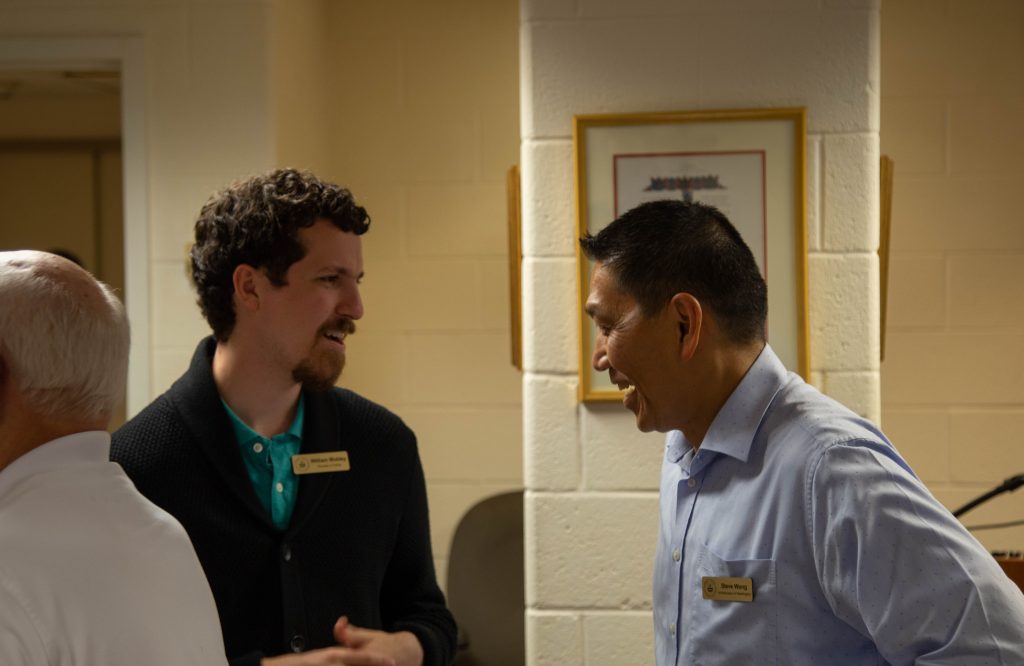 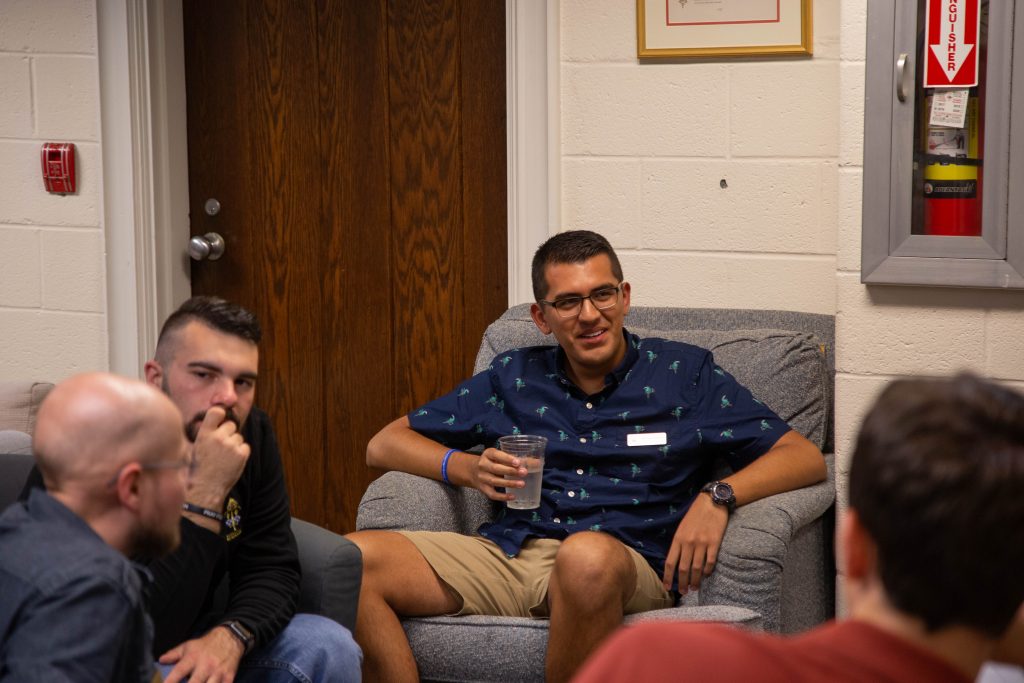 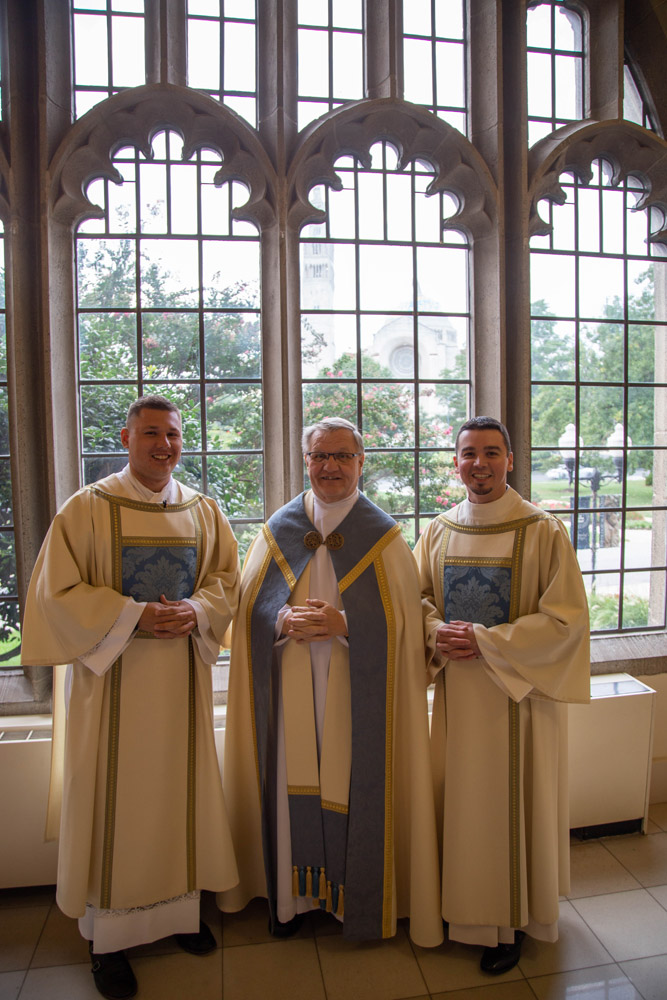 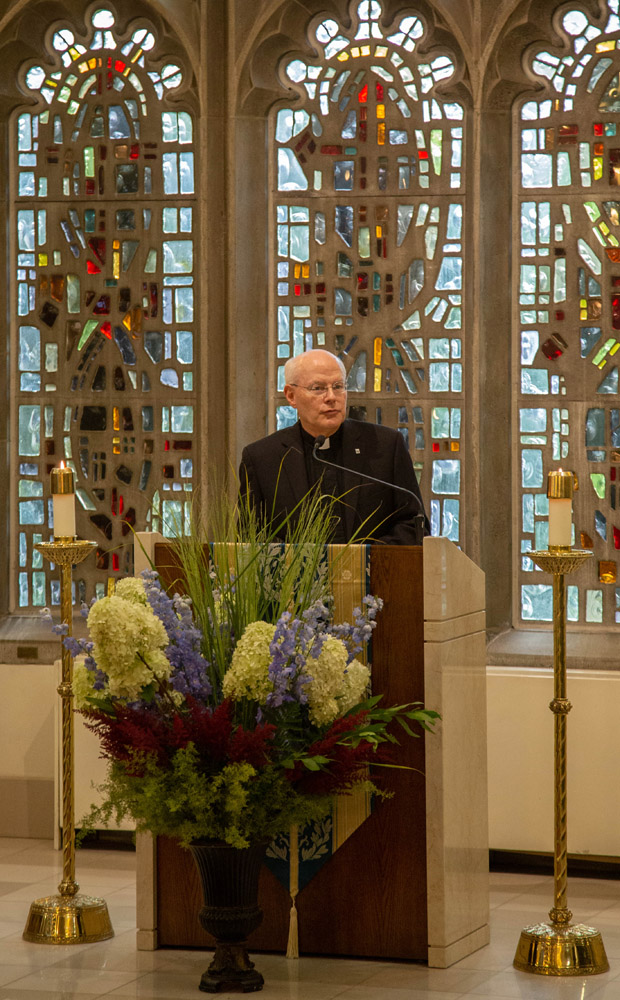 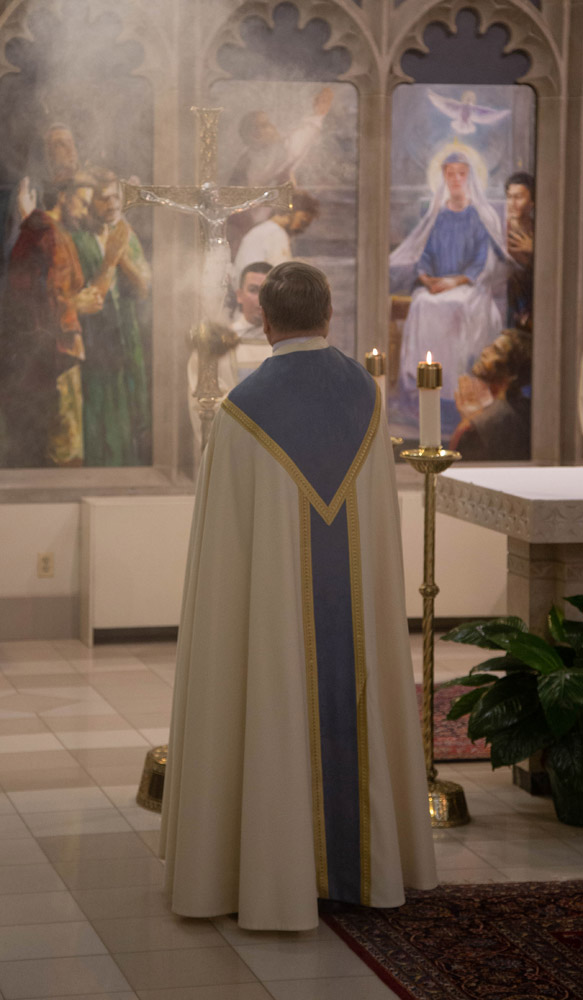 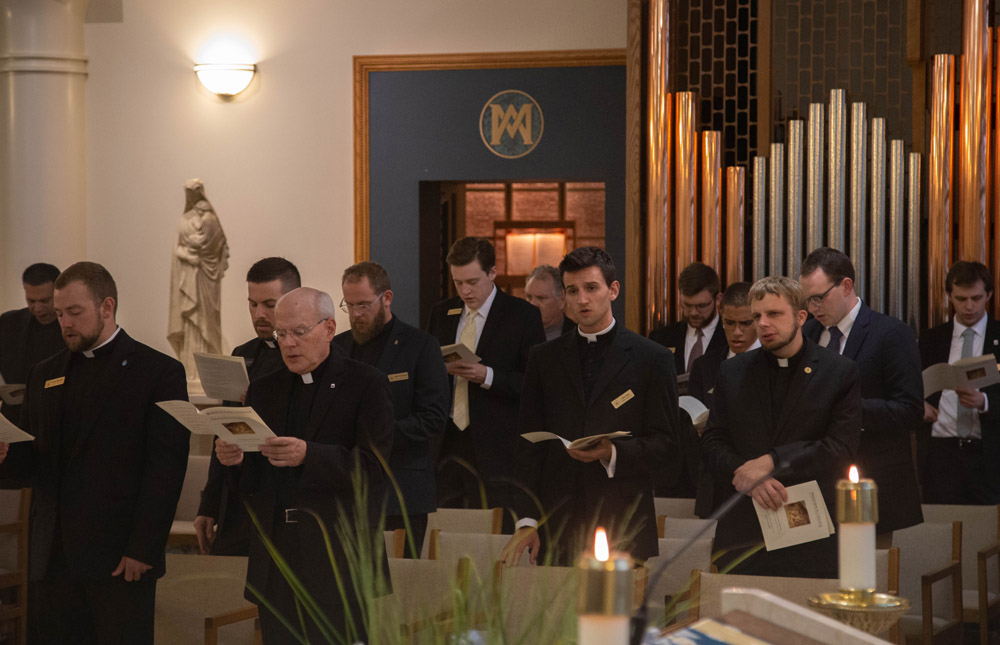 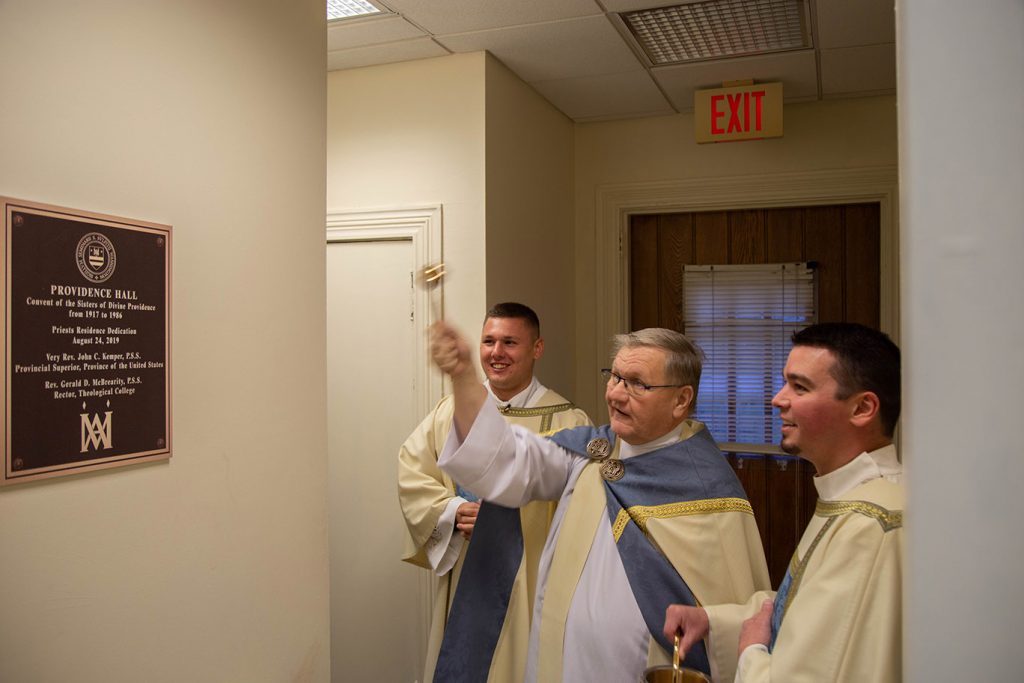 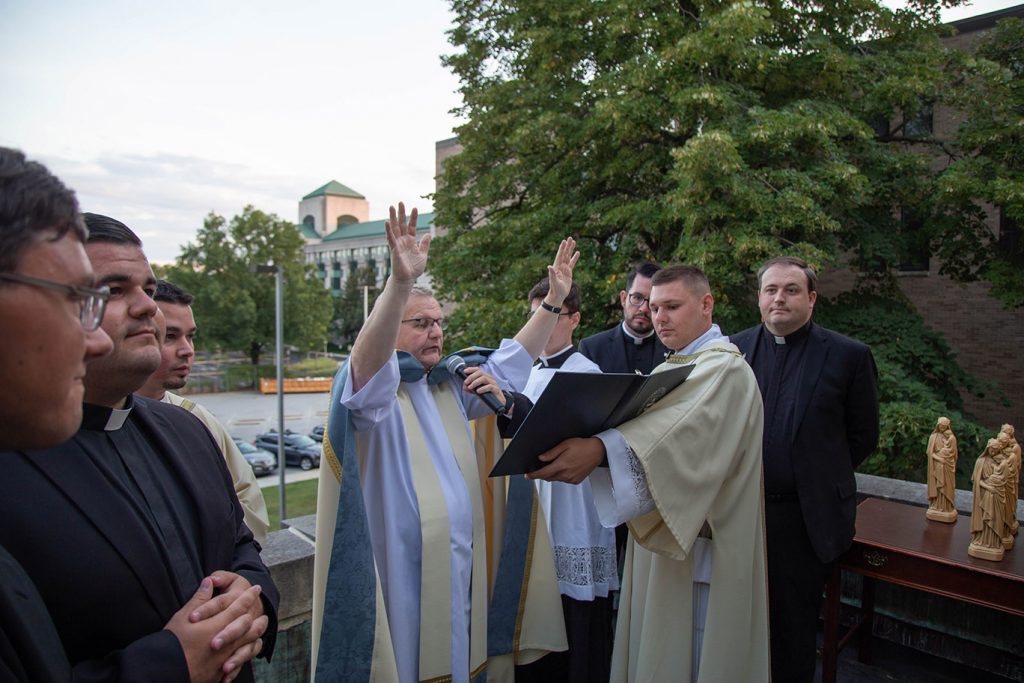 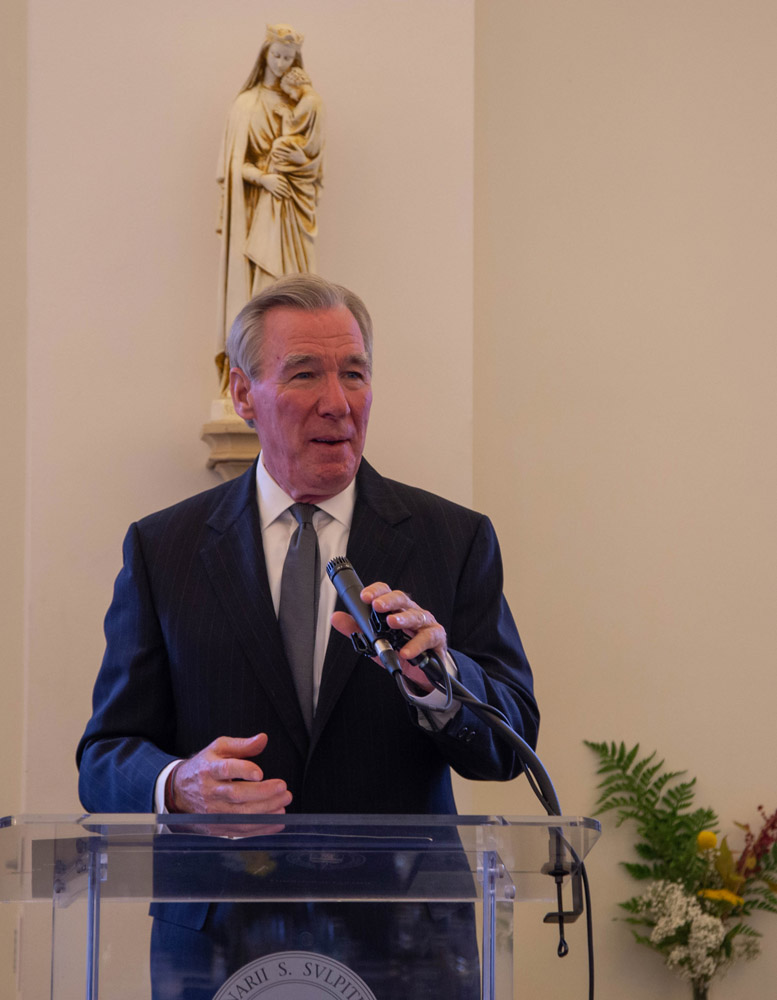 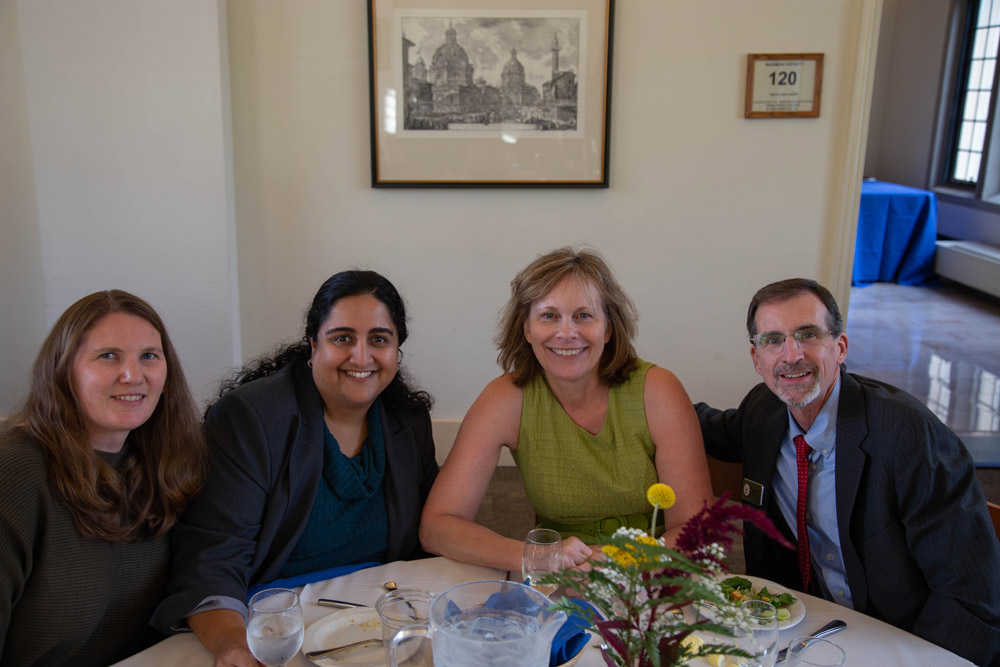