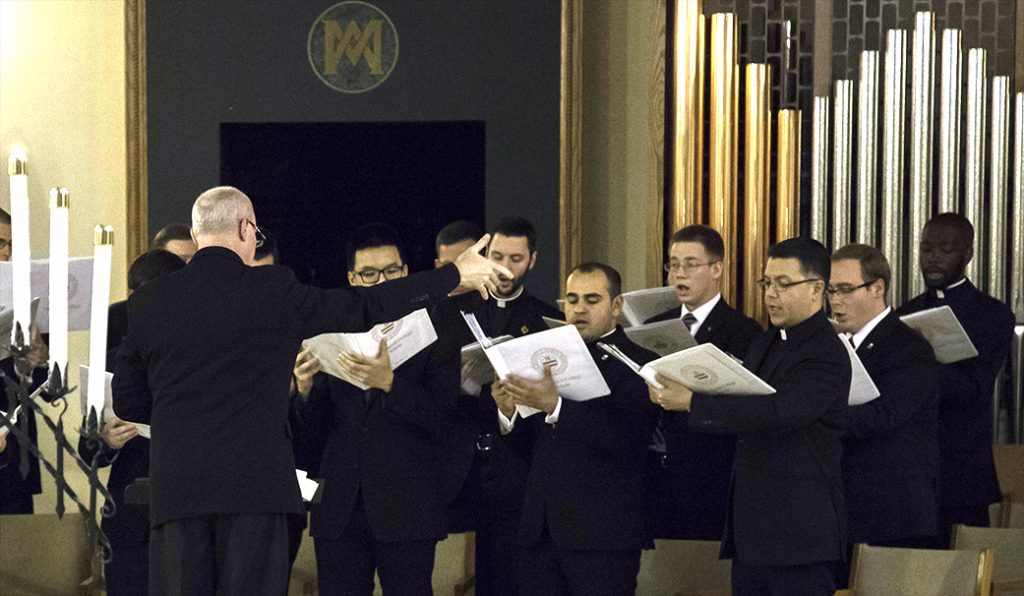 The aim and final end of all music should be none other than the glory of God and the refreshment of the soul. (Johann Sebastian Bach)

For 100 years, Theological College has taught its seminarians the importance of music in the Liturgy as one of the most profound and effective means available to give God thanks and praise.  Beethoven wrote that “music is the mediation between the life of the senses and the life of spirit.”  The transforming power of liturgical music has for generations drawn priesthood candidates into a deeper appreciation for God’s action in their lives and a deeper compassion for those who yearn for such a religious experience.

As Theological College begins its second century of service to the Catholic Church in our nation, the Board of Trustees would like to celebrate this milestone with the establishment of the Rev. John C. Selner, P.S.S., Endowed Chair for Sacred Music and Liturgy. The Chair is named for an inspiring and iconic leader and mentor at Theological College, The Catholic University of America, and the National Shrine of the Immaculate Conception. Musician, composer, writer, and director of music Father John Selner (pictured below) arrived at Theological College in 1956, where he served for 11 years as musician and spiritual director for seminarians. During his last five years at Theological College, he served as vice-rector. At the same time, he was an associate professor at The Catholic University of America and was music director at the National Shrine of the Immaculate Conception. In 1969, Fr. Selner retired from active seminary ministry and returned to Nazareth, Mich., to the Sisters of Saint Joseph, his teachers so many years earlier. He continued to serve as chaplain at the retirement home of the sisters until his death on November 20, 1992, at the age of 88.

The goal of this campaign is $1.5 million. The funds raised will become part of the Endowed Chair and will cover the costs associated with providing formation in sacred music and liturgy at Theological College for generations to come.

As Theological College moves into a second century of service, I ask you to join with me in a gift/pledge to the Rev. John Selner Endowed Chair. This gift will ensure the future of educative and inspiring musical and liturgical programs at TC.

To be a part of this historic fund-raising initiative, click here. 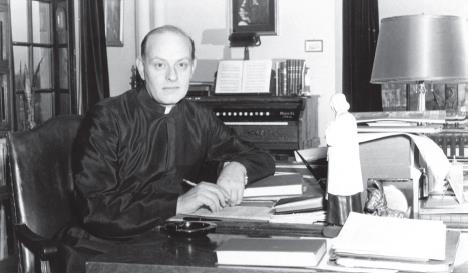