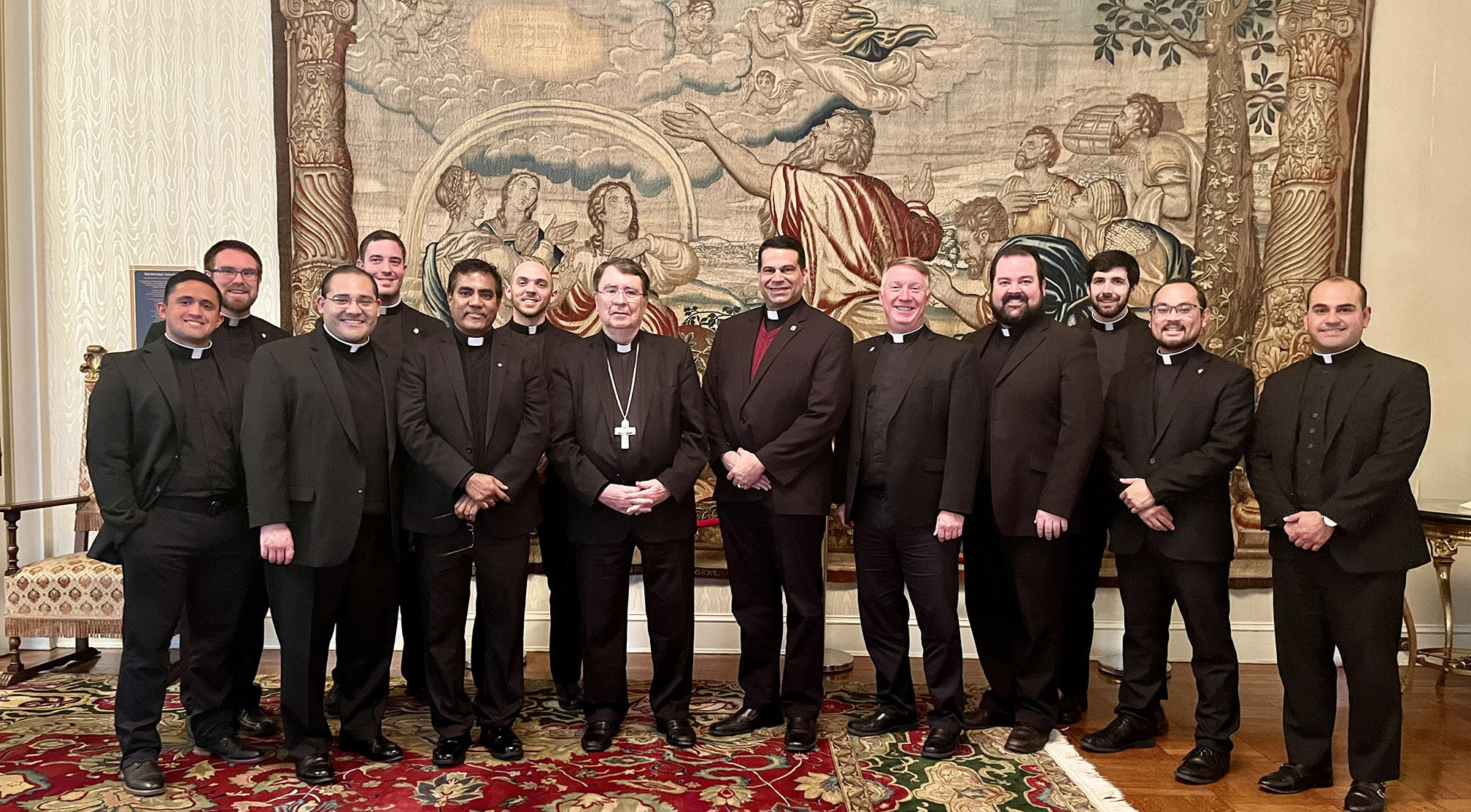 This semester has been an interesting and fruitful one, especially  as the faculty and seminarians prepare their minds and hearts for the Paschal Triduum. Following on the heals of the Corita Kent Exhibit (see earlier story), the seminary hosted its annual art show at the outset of Lent. This year the exhibit was dedicated to Our Lady with the title: “You Are All Beautiful, O Mary.” After Evening Prayer, the event was opened by TC Schola singers intoning, “O Gloriosa Domina” as seminarians enjoyed a light reception while touring the inspirational paintings and photography pieces on display.

On March 31, Cardinal Gregory was the celebrant and homilist for the seminary Mass, before dining with his seven diocesan seminarians at TC. During the Cardinal’s bi-annual visits, gestures of continued support,  he never fails to graciously encourage all at TC in the work that is underway of forming priestly candidates dedicated to serving the mission of the American Church.

The beginning of April was marked by another special annual event: the Maronite Divine Liturgy, celebrated by Our Lady of Lebanon Maronite Seminary Rector Monsignor Peter Azar and concelebrated by Vice Rector Father Armando Elkhoury.  The 11 Maronite seminarians served the Divine Liturgy and led the TC community in choir.  Hearts and voices joined the heavenly Liturgy in the language of Christ during his time on earth, as portions of the Mass, especially the Words of Institution, are prayed in Syriac, a derivative of Aramaic.  TC then hosted the Maronite community with a reception of Lebanese food that was followed by a rector’s conference, titled, “The Spirituality of the Maronite Church,” given by Fr. Elkhoury.

On April 7, the deacon class of 2022 resumed the Spring tradition of visiting the Nunciature in Washington, D.C., to tour the Vatican Embassy and to meet and speak with the Apostolic Nuncio, Archbishop Christophe Pierre (see photo, above). Both the Rector, Fr. Dominic Ciriaco, and the Vice-Rector, Fr. Chris Arockiaraj, accompanied the fourth theologians. Archbishop Pierre reminded the soon-to-be priests that they are called to be missionary disciples in the parishes they will be serving. Theological College is honored to be welcoming the Nuncio in a few weeks, on April 21, for a celebration of the Eucharist.

On Palm Sunday, the community celebrated a Tenebrae service for the first time in three years. Tenebrae (Latin for “darkness”) meditates on the Passion of Christ through a combination of psalms, the Lamentations of Jeremiah, readings, and choral meditations. As the service progresses, lights are turned off and candles extinguished until the entire chapel is plunged into complete darkness. At that point, a “strepitus,” or loud noise, is sounded to symbolize the convulsion of nature at the death of Christ. After a moment of prayerful silence, a single lighted candle, representing Christ’s victory over death itself, re-enters the chapel. Through participation in this service, all are helped to enter more reflectively into the profound mysteries of Holy Week.

May you have a blessed Holy Week and a joyful Easter as the Church celebrates these sacred days! 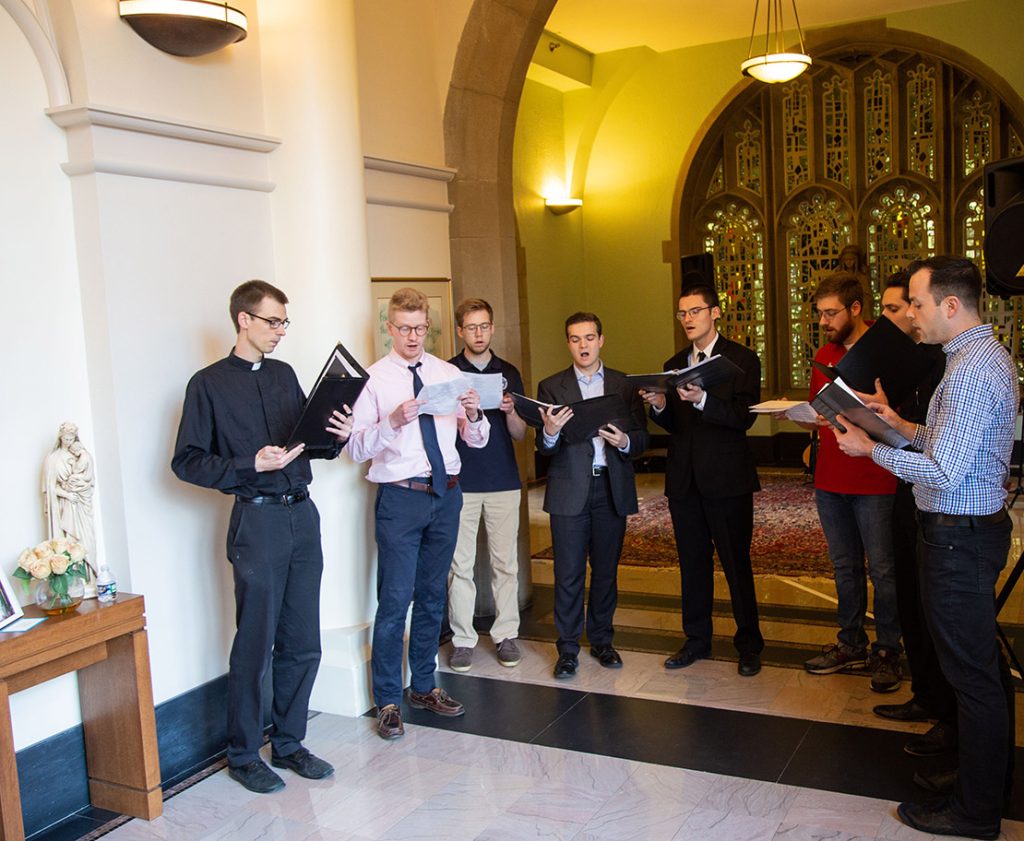 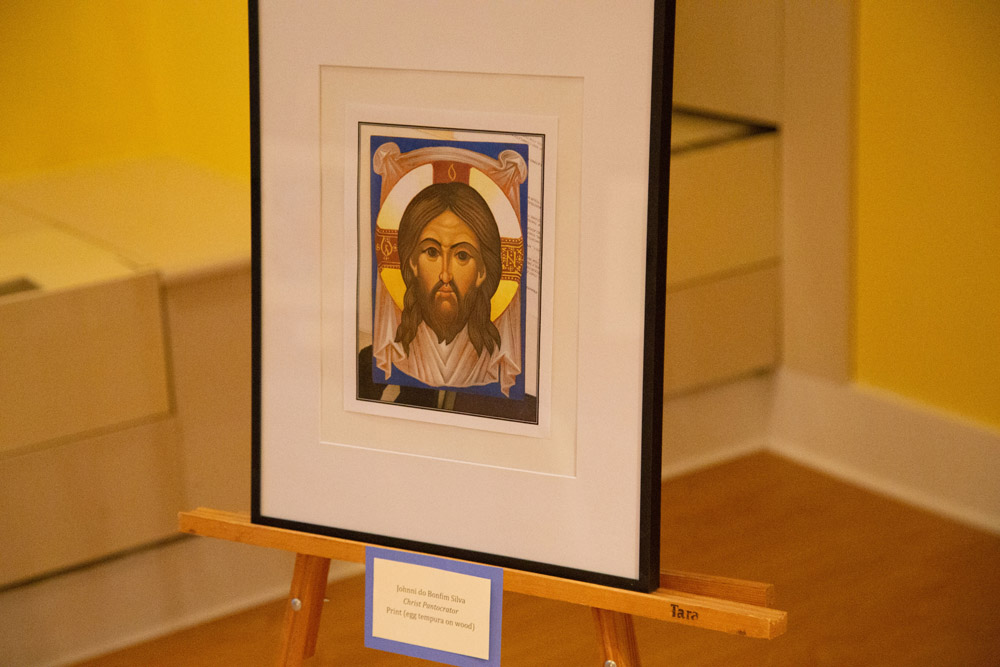 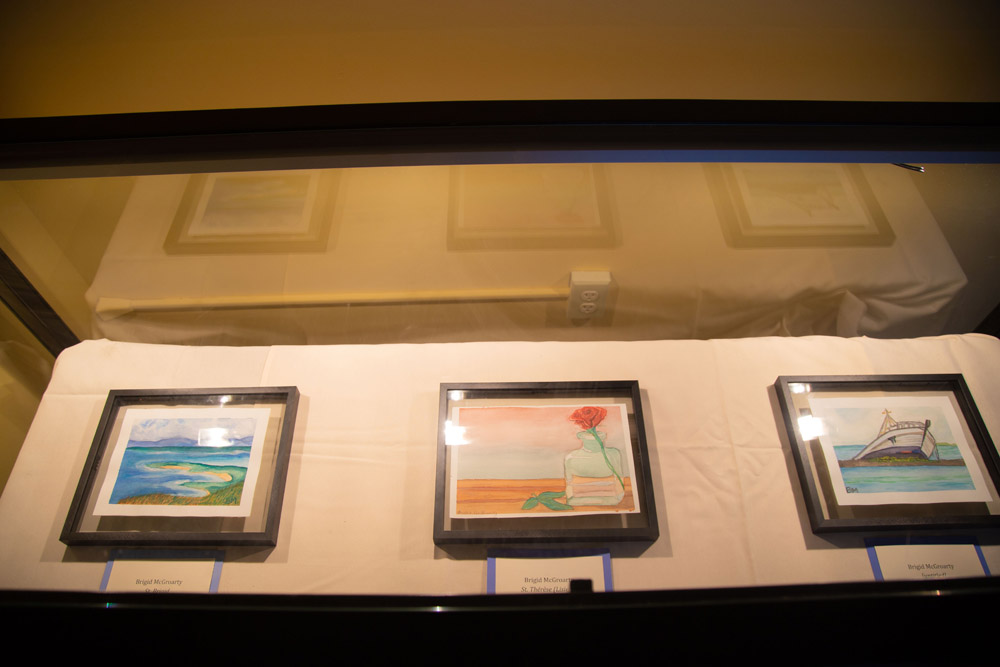 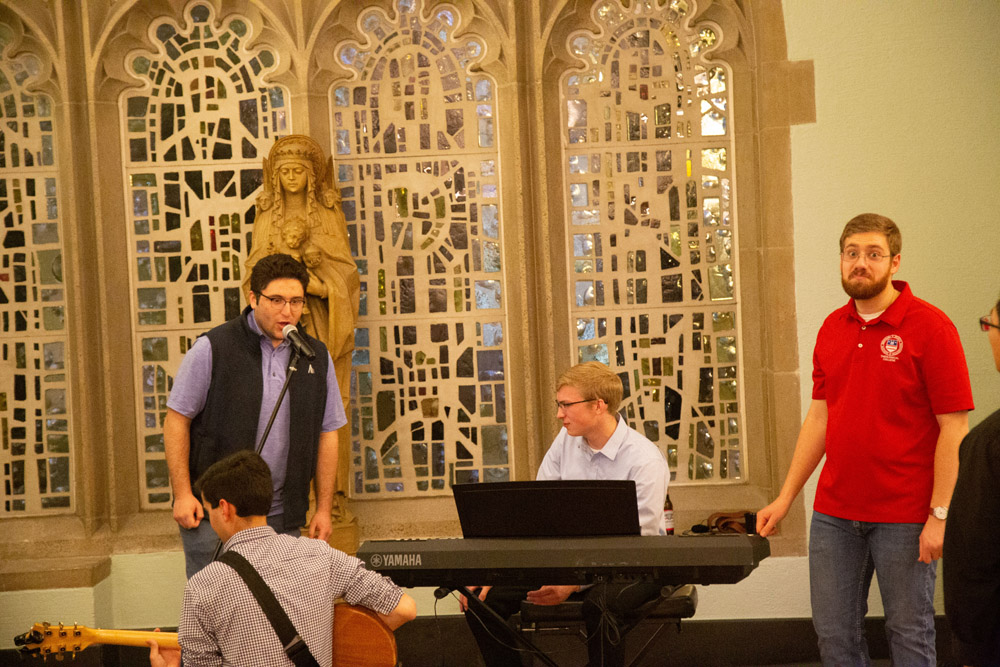 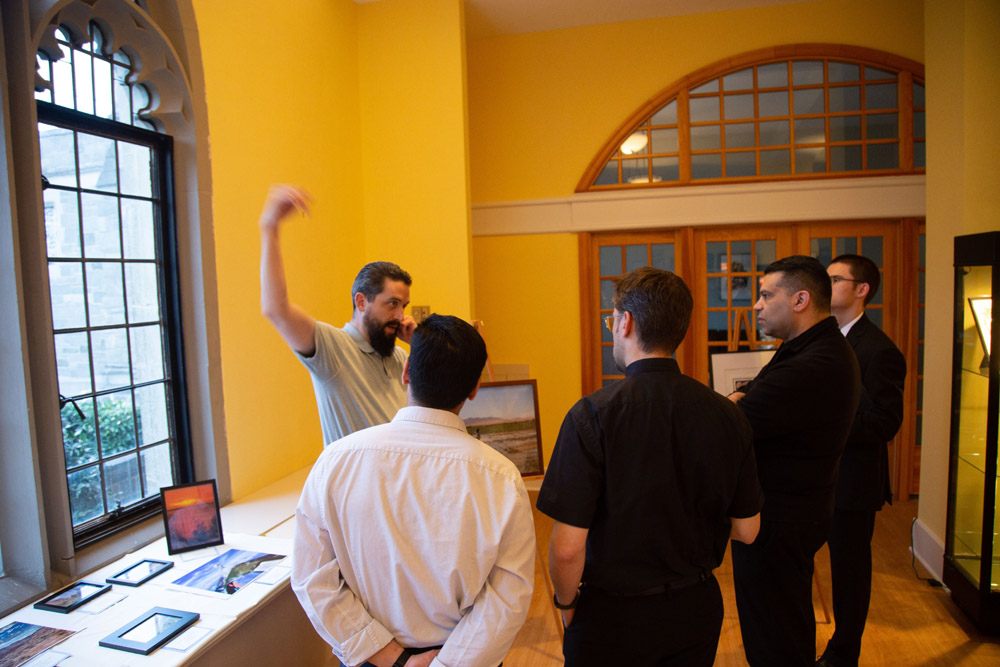 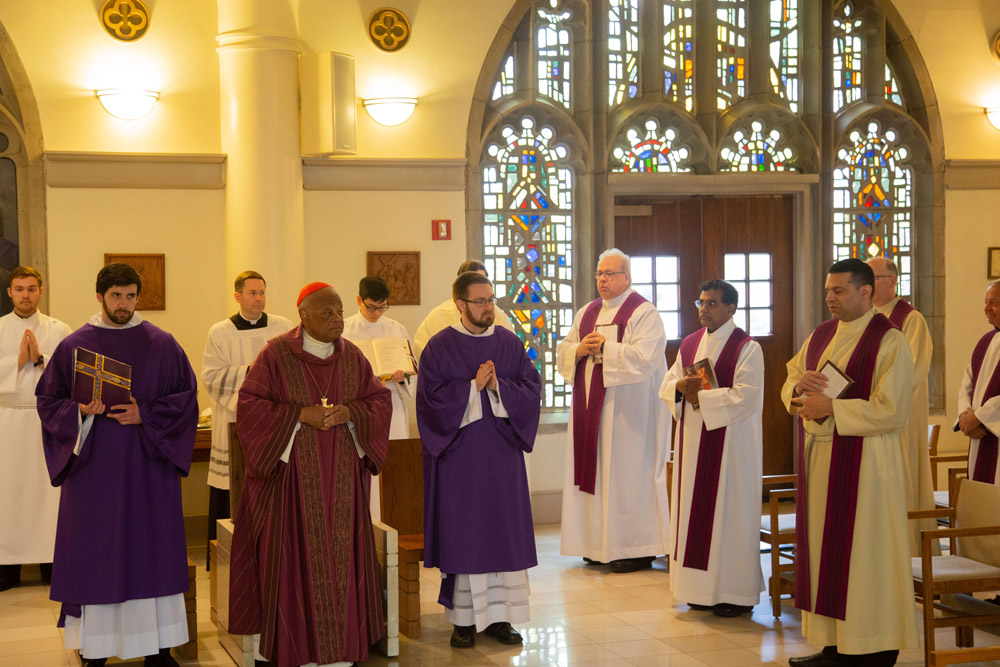 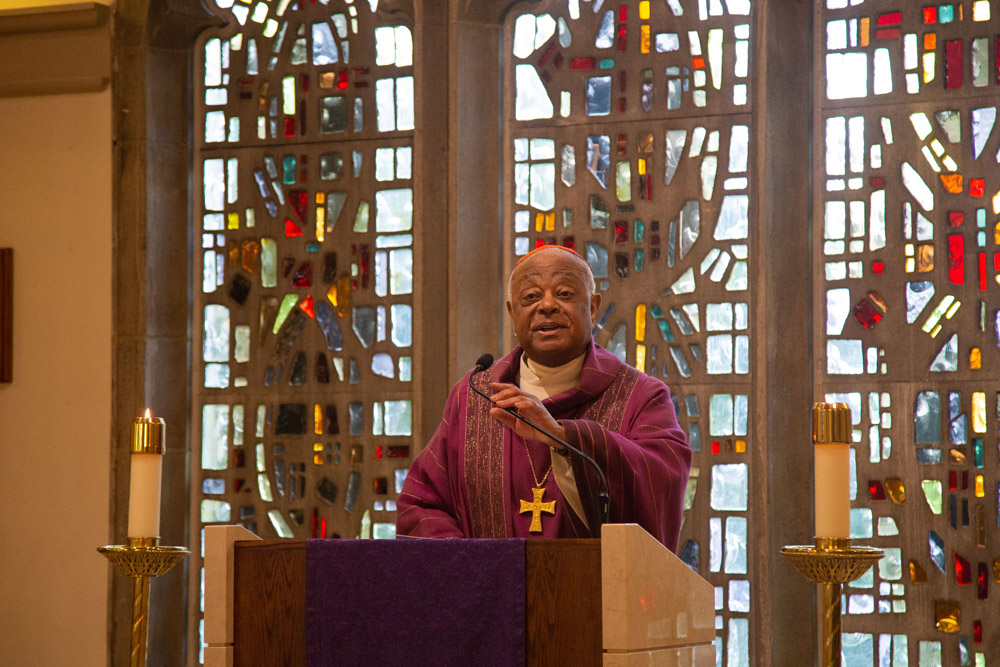 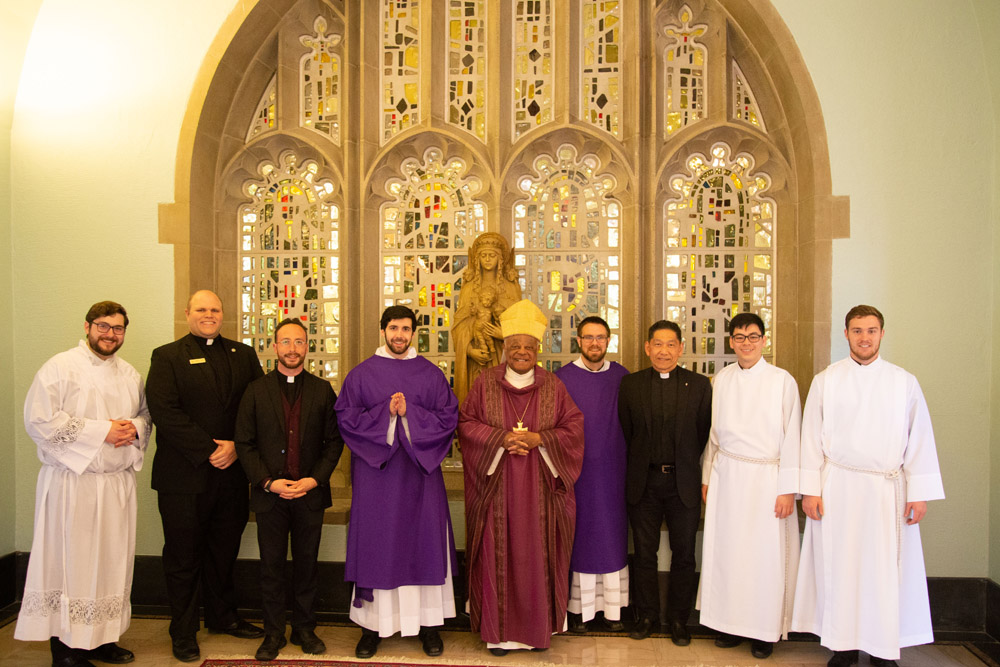 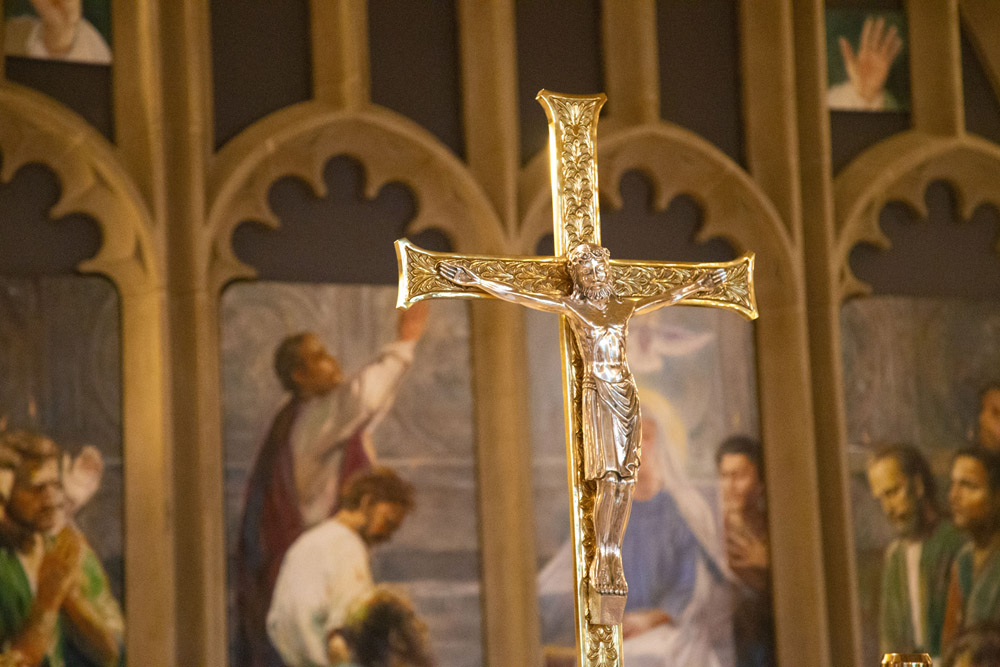 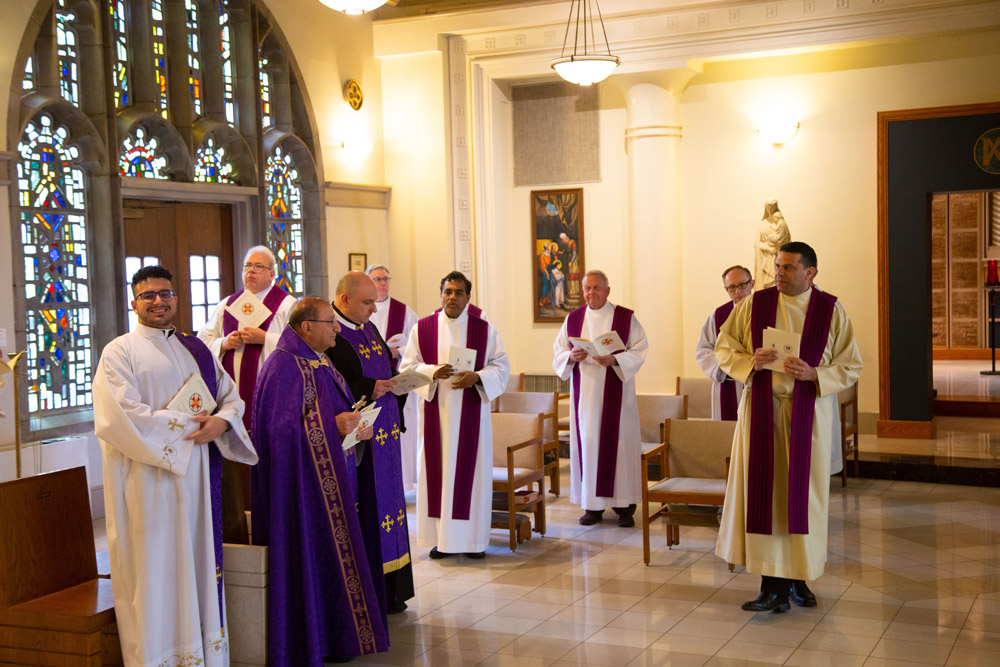 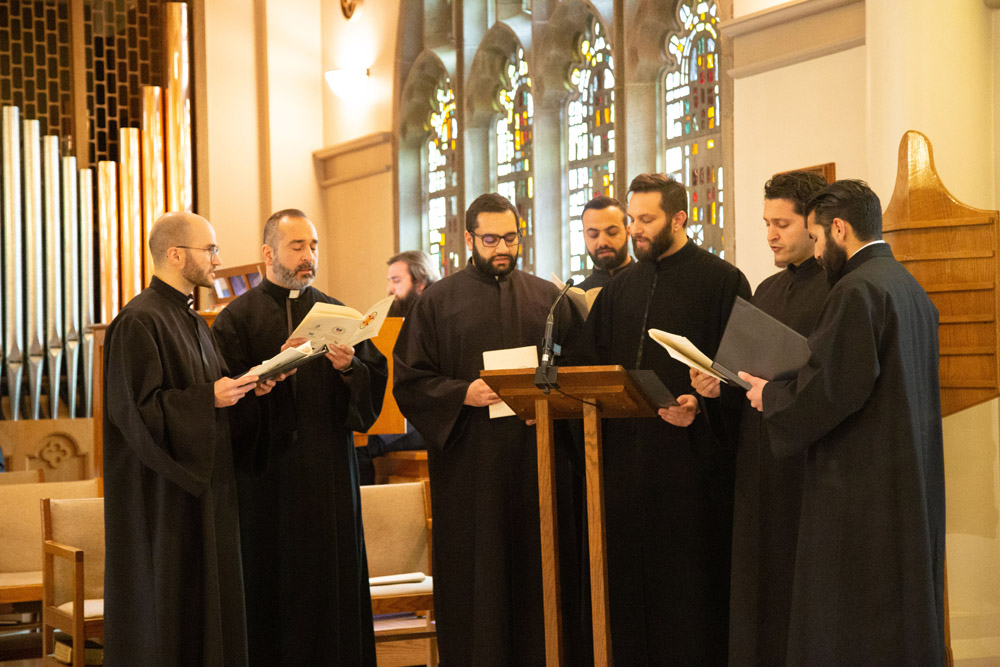 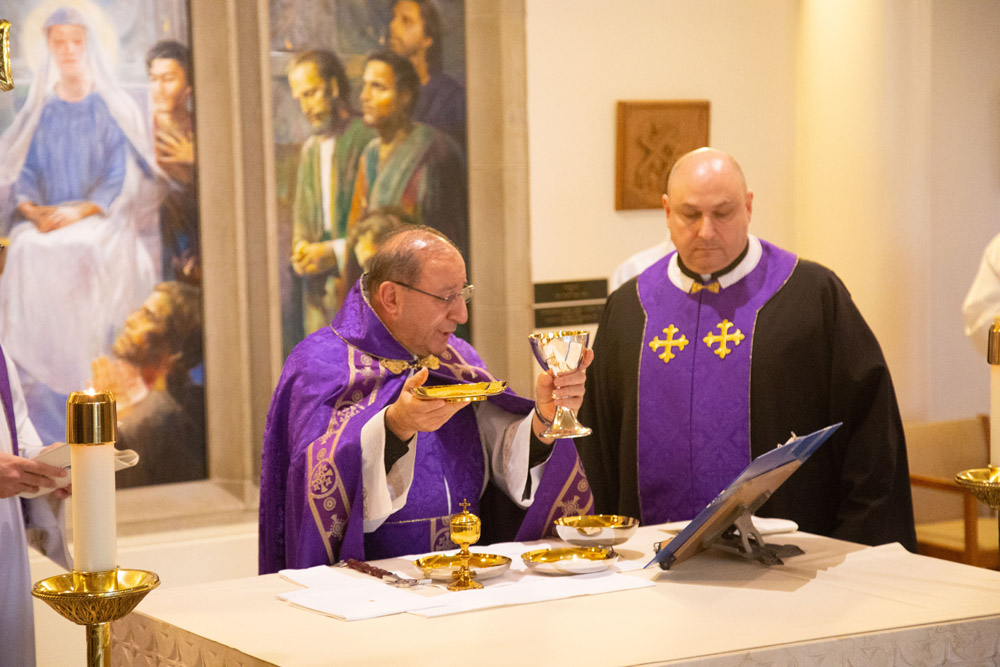 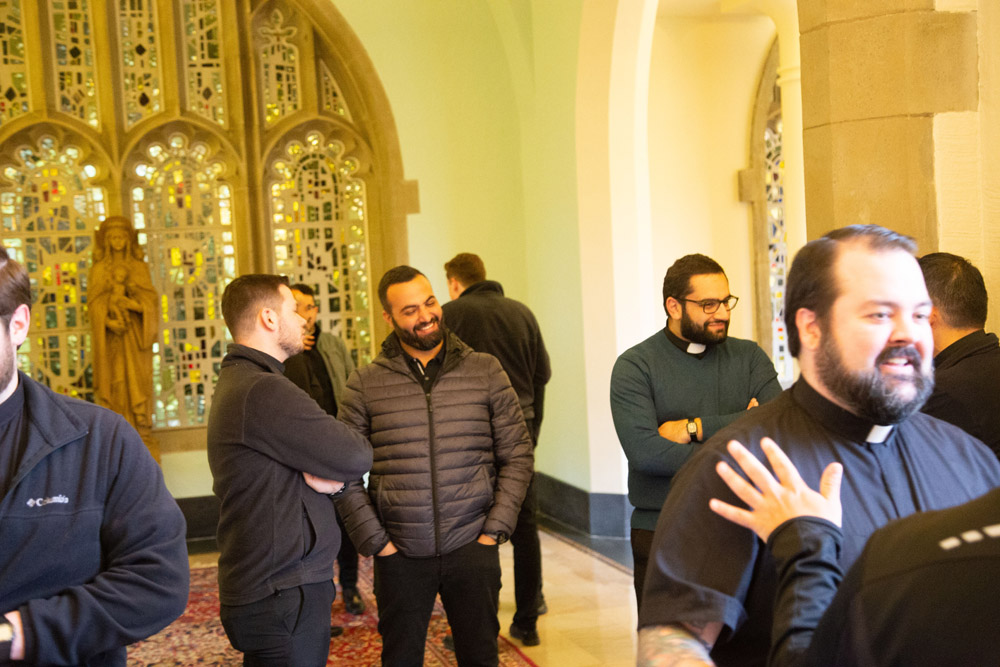 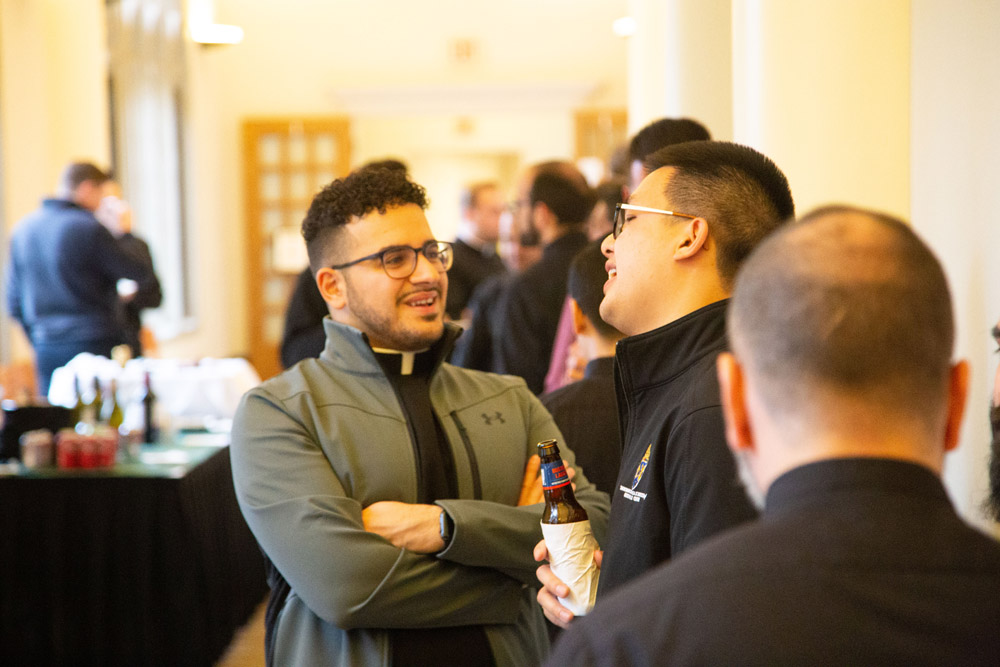 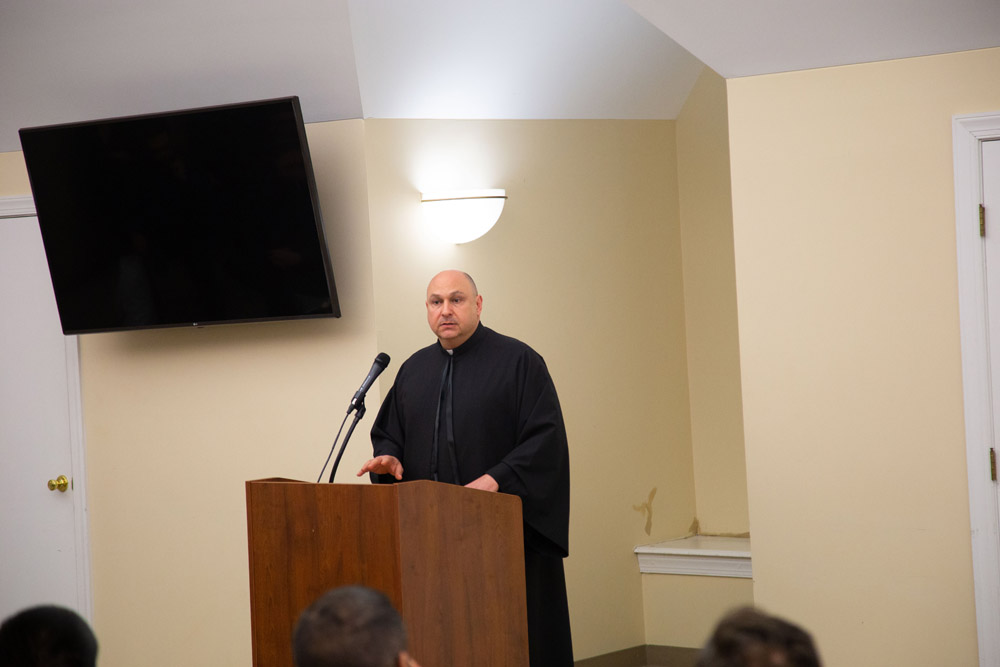 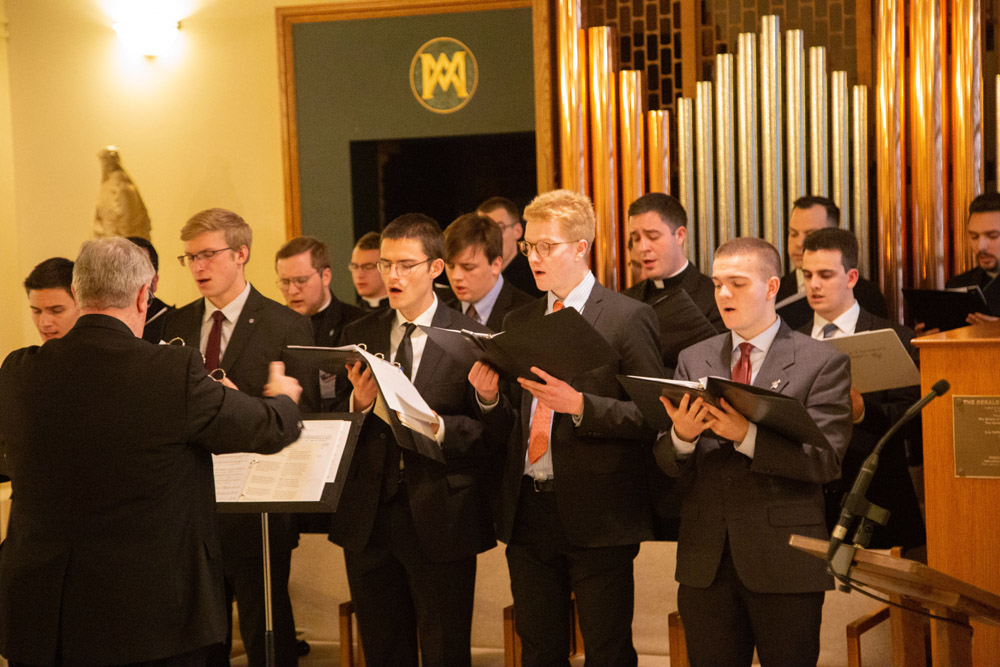 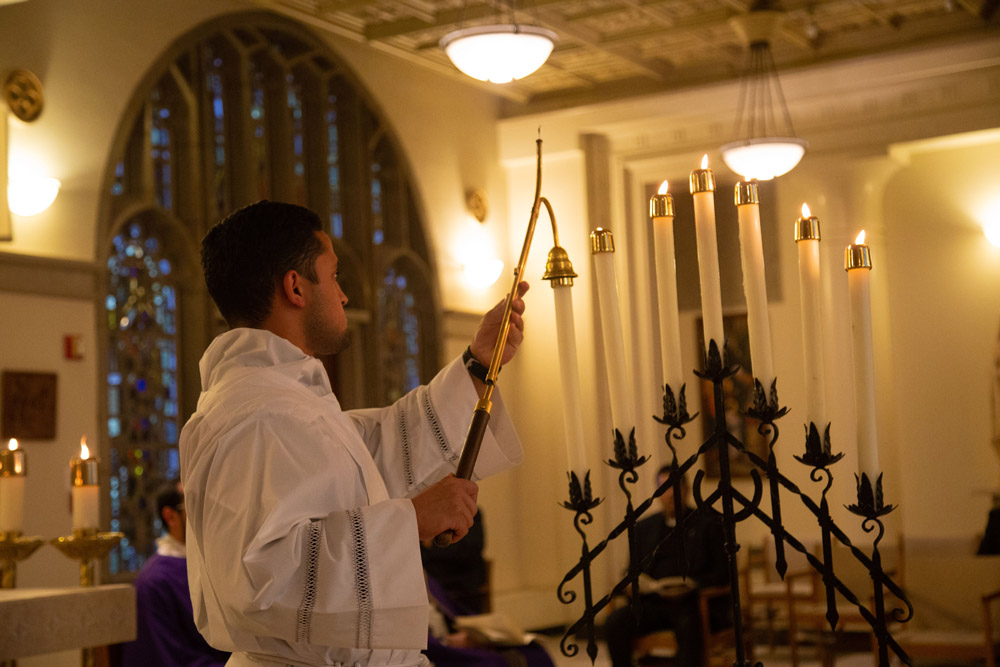 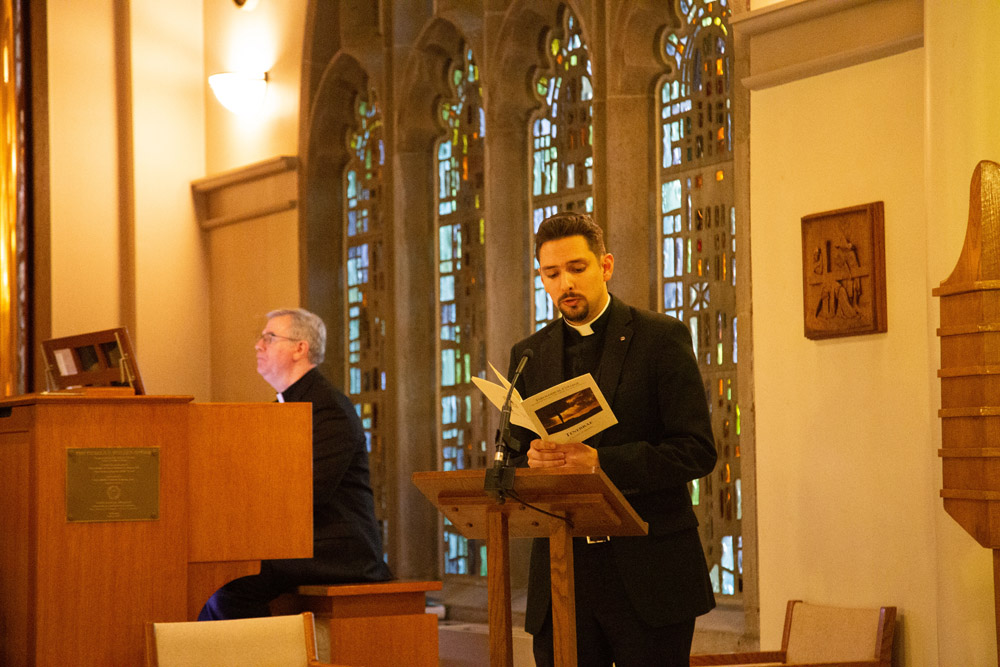 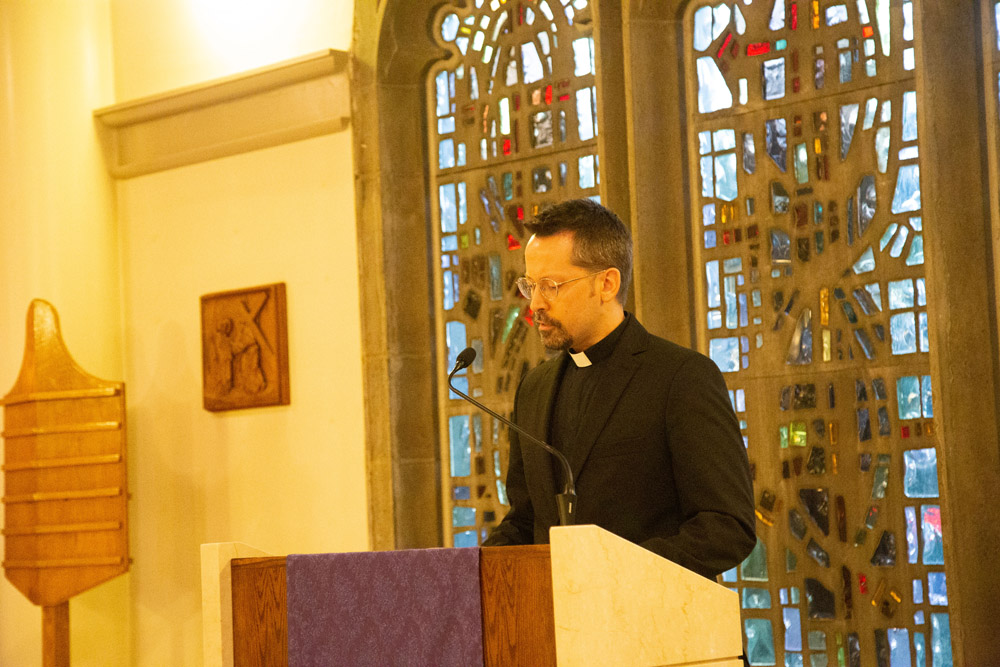 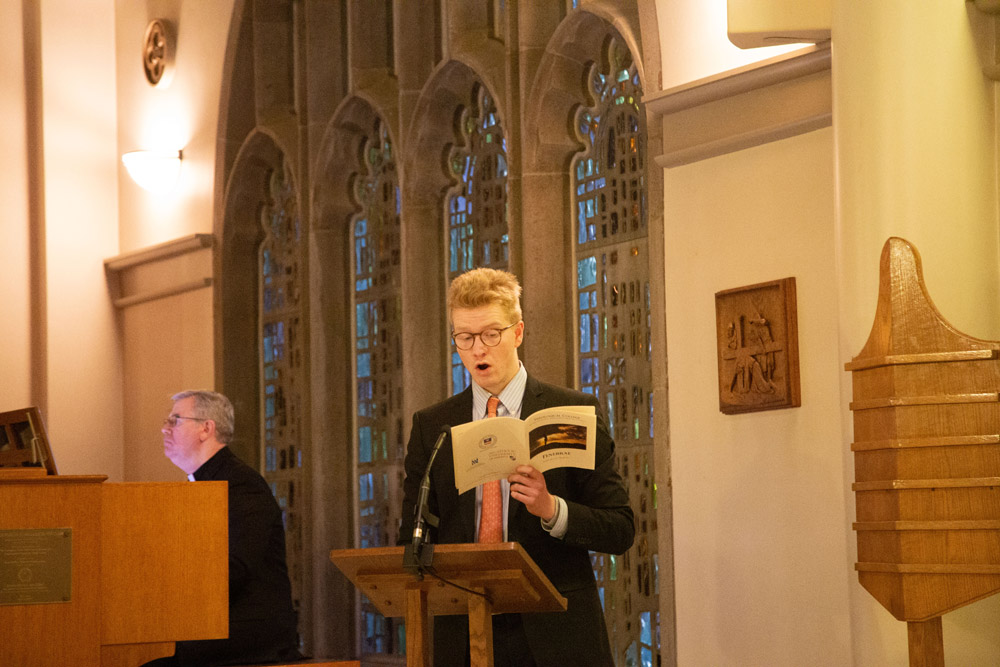 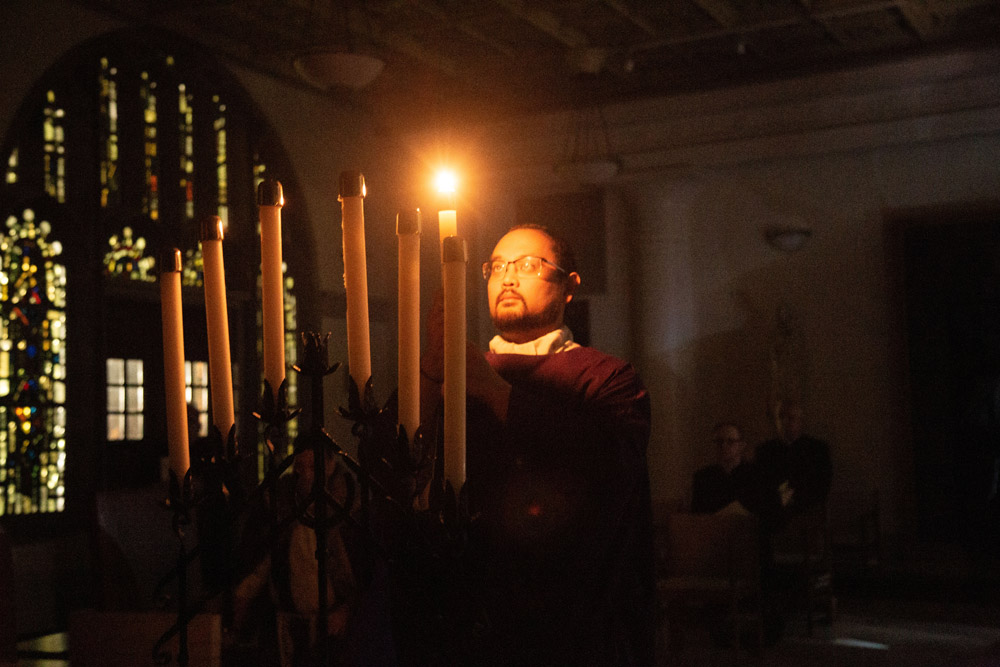