Eight Theological College Basselin Scholars celebrated their graduations with Rector Phillip Brown, PSS, and others from the TC community in May. After the Commencement ceremony  at The Catholic University of America in the National Shrine, diplomas were conferred by the School of Philosophy Dean John McCarthy in TC’s main chapel. Receiving their Ph.L. diplomas, pictured above, back row from left, were William Frei (Diocese of Charleston), Rafael Harold Escarcega (Diocese of Phoenix), Grant Kelly (Diocese of Great Falls-Billings), Samuel Maul (Diocese of Fort Worth), and Nathaniel Glenn (Diocese of Phoenix). The master’s-level Ph.L. was earned by (front row, from left) Joseph Boustany (Diocese of Lafayette), Edouard Guilloux (Diocese of Arlington), and Scott Lefor (Diocese of Bismarck). Theological College congratulates all of its distiguished scholars and prayerfully bids the three Ph.L. grads farewell as they move on to further studies in Rome! 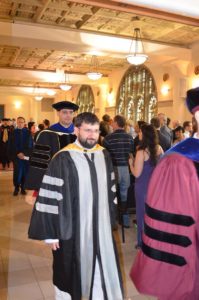 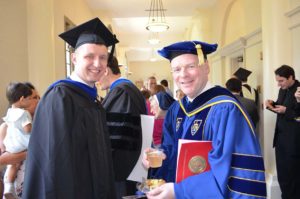 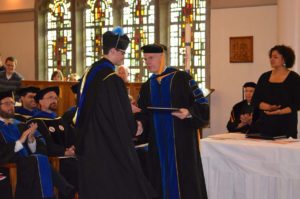 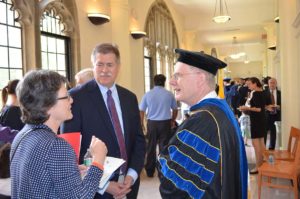 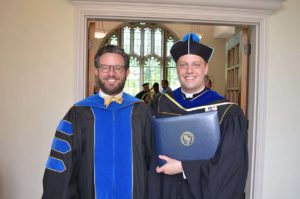 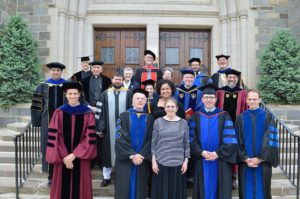 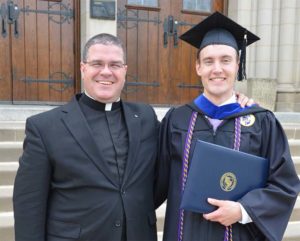 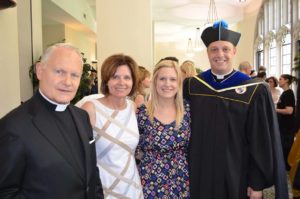 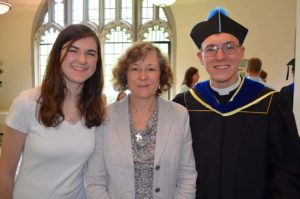 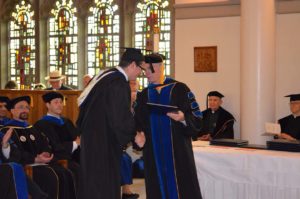 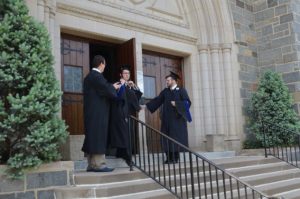 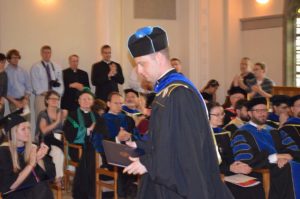 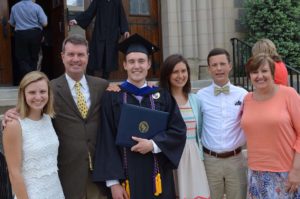 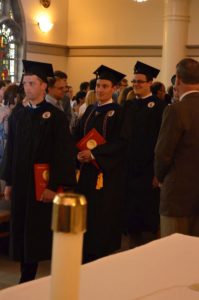