On January 22, 2014, Theological College was represented among the tens of thousands of supporters in DC on the 41st anniversary of the country’s largest annual pro-life demonstration. In the spirit of hospitality for the incoming seminarian guests (numbering more than 100), the TC staff took many precautions and made preparations for all to go as smoothly as possible. There was some great food, room for everyone, and even help for those who were sick.

For our seminarians, the most moving part was the Vigil for Life Mass at the Shrine of the Immaculate Conception the night before the March, in which hundreds of priests, seminarians, and deacons joined the procession of two dozen bishops and four cardinals, with Sean Cardinal O’Malley presiding. In the words of Dan Waruszewski, “What never ceases to move me is not the number of seminarians directly, but how the people of God react to this. I saw a few faces with tears of joy in their eyes as they recognized the awe-inspiring fact that God is continuing to call so many men to discern the priesthood, despite all the negativity that we may hear in the media. I felt humbled that I in some small way with my ‘yes’ to the Lord was able to help bring hope to the faithful gathered there.”

After the Vigil Mass, the TC group headed back to the House to enjoy time catching up with their brothers from near and far in this unique opportunity for fellowship. Throughout the night there was Adoration and each seminary took part. The Theological Schola sang beautifully at the 3 am hour to the faithful gathered in the Crypt Church at the Shrine. In the early hours, all participants boarded buses to attend the Verizon Center rally and Mass presided over by our own Cardinal Wuerl. Coming from CUA, they were joined by hundreds of Catholic University students, and the over 1,200 high school students who were staying over at the Catholic University of America for the March.

The TC group then assembled on the National Mall in the cold and wind to take a stand for Life on their way to the Supreme Court. As Dan witnessed, “This experience whet my appetite for more. I cannot wait until next year to host the seminarians again, and to walk in solidarity with them and all the faithful from around the country who wish to take a stand for Life.” 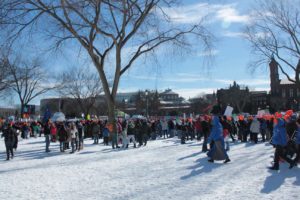 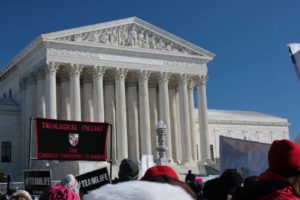 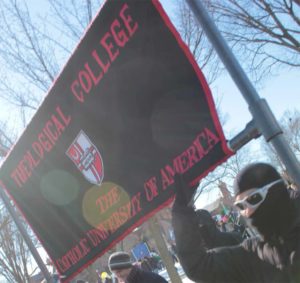 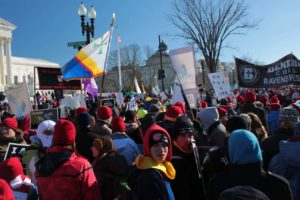 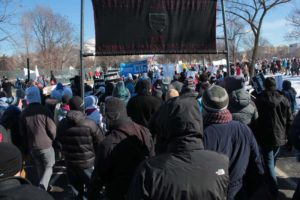 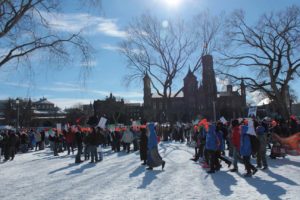 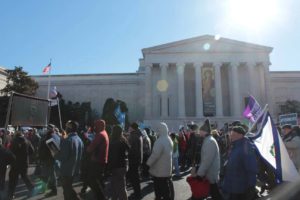 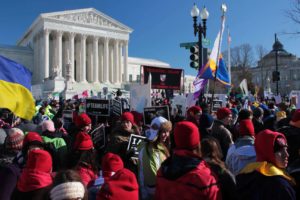 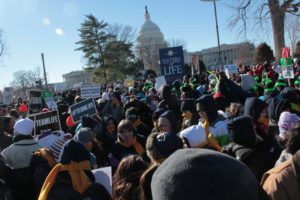 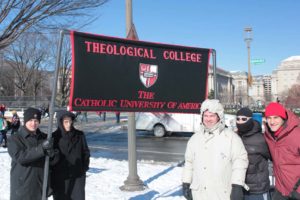 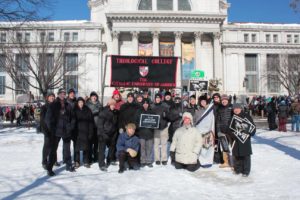 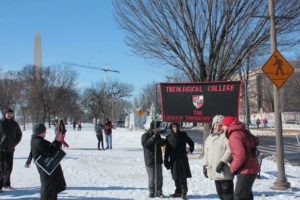 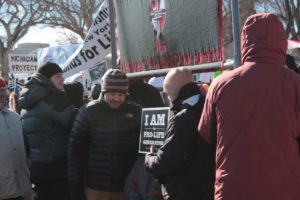 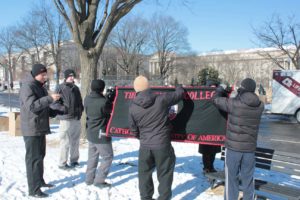 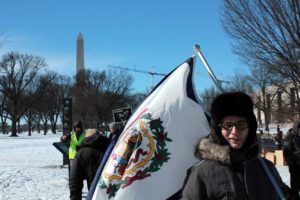