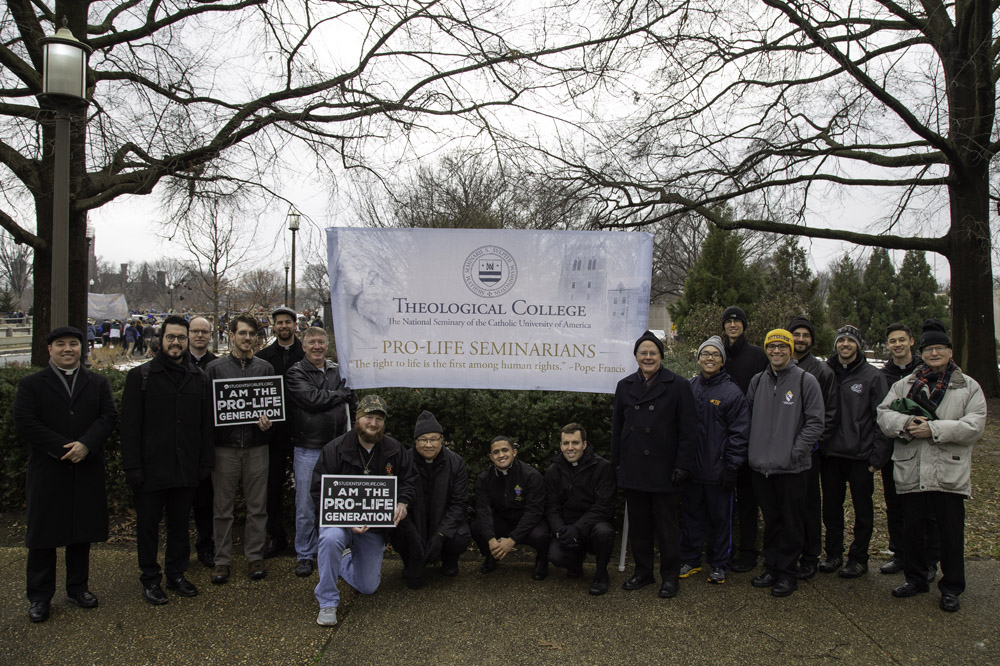 On January 18, TC seminarians and their 95 overnight guests—including 3 bishops and dozens of seminarians from Saint Vincent’s in Latrobe, Saint Paul’s in Pittsburgh, and Our Lady of Providence in Providence, R.I. — joined over 500,000 supporters of the 46th annual March for Life in the United States capital.

Those at TC participated with the larger campus community in prayerful support of this year’s theme, “Unique from Day One: Pro-Life is Pro Science.” Jeanne Mancini, March for Life President, explained this theme: “Science is behind the pro-life movement. We see that medical and technological advancements always affirm the pro-life movement. For example, DNA is present at fertilization and no fingerprint on earth, past, present, or future, is the same. As science progresses, we see clearly that every life is unique from day one in the womb.” Mancini continued, “Life in its most vulnerable form should be protected. To this end, we hope that the Patients First Act, HR 2918, and similar legislation preserving the dignity of the human person from its earliest moments, will soon become law.”

The two-day gathering began on Thursday evening, January 17, with the Opening Mass of the National Prayer Vigil for Life at the Basilica of the National Shrine of the Immaculate Conception. In addition to TC’s guests, hundreds of student pilgrims from across the country who were hosted on the main campus of Catholic University attended. Most Reverend Joseph F. Naumann, Archbishop of Kansas City, Chairman of the USCCB’s Committee on Pro-Life Activities, was the principal celebrant and homilist. This is the Basilica’s largest Mass of the year, for a congregation of around 10,000 faithful, with TC seminarians who were not among the two dozen serving at the Mass occupying the seats reserved for them in side chapels and the ambulatory. Last year’s TC March coordinator, Joe Moreshead, commented, “Looking out at the sea of people at this Mass, it struck me that they all  came to fight against one of the darkest realities in our time with faith and that meant they brought an unexpected joy in the face of this opposition because they were fighting darkness with the light of Christ.”

The Mass was followed by an all-night Adoration Vigil in the Crypt Church (with TC and their guests from St. Vincent’s Seminary leading in song and prayer during the 3:00 a.m. – 4:00 a.m. timeslot). The next morning, those who had tickets joined the 18,000 at the Capital One Arena rally and Mass, while others attended different Masses at other venues, all dedicated to praying for the unborn and the fight for their lives. Finally, all converged with the half a million supplicants marching to the Supreme Court. TC seminarians embraced the opportunity to accompany diocesan brothers and others from their home parishes in this annual effort to be a “voice for the voiceless,” the world’s biggest annual human rights demonstration. This year’s March for Life coordinator for TC, Charles Silvas, commented: “These two days have been a tremendous experience of hospitality and fraternity for us all, as we prayed and marched together in defense of the most vulnerable population in the world.” 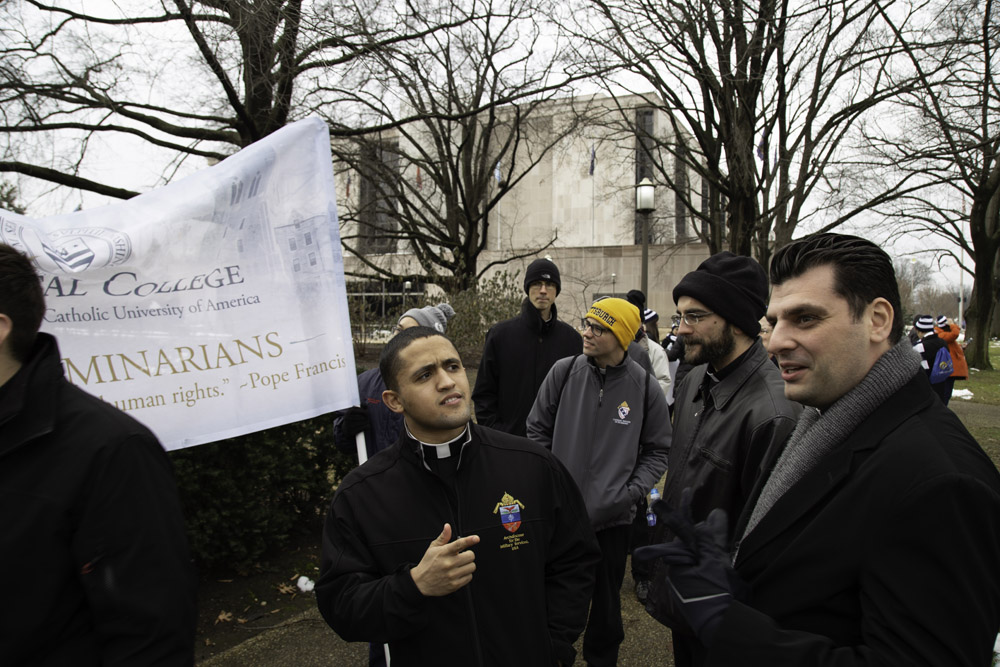 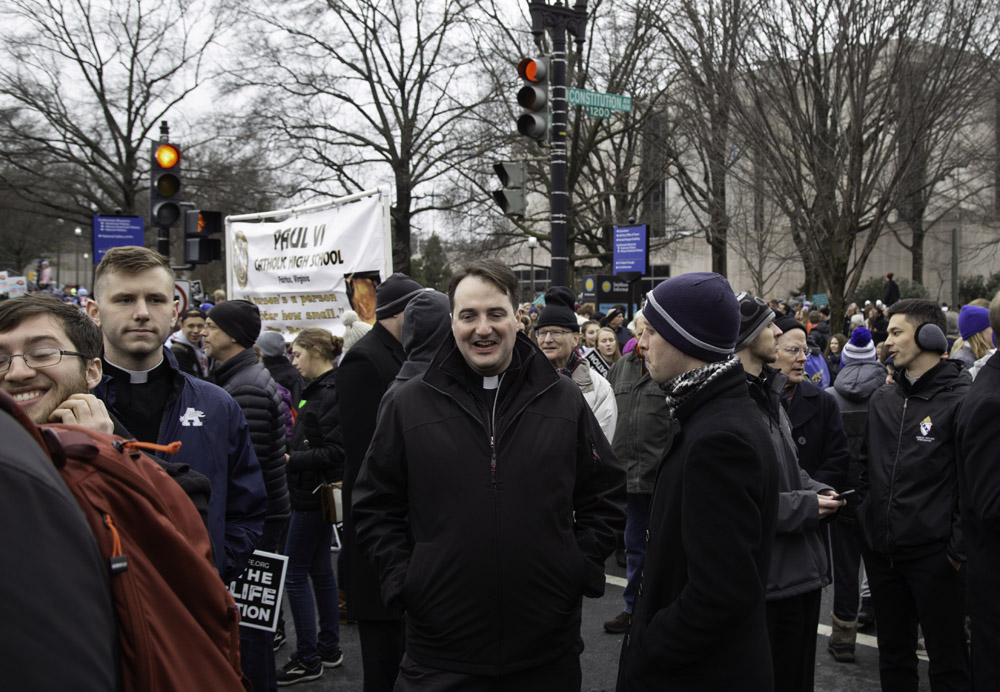 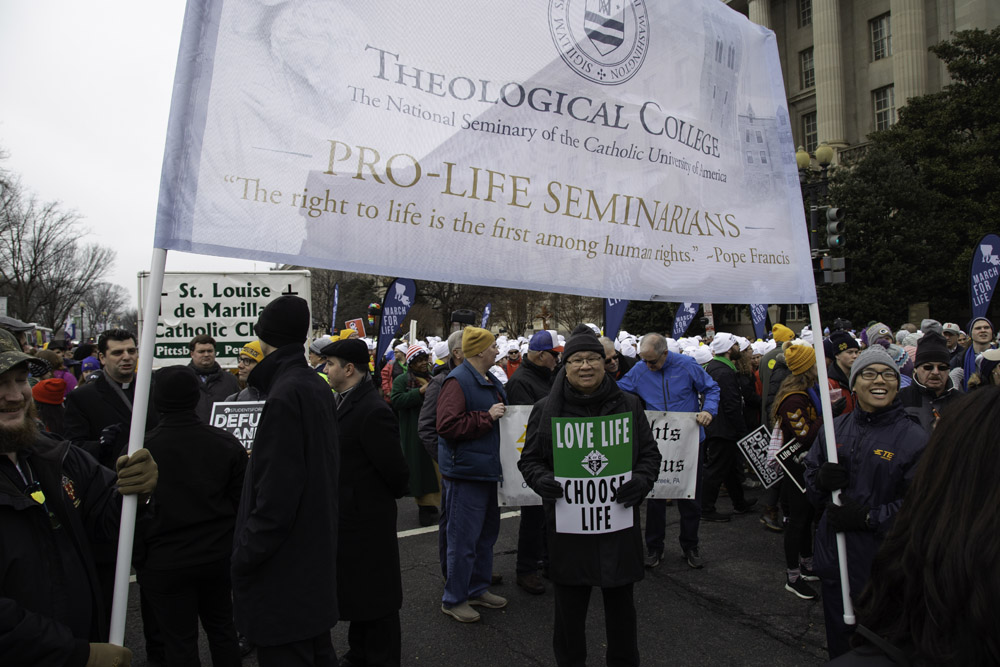