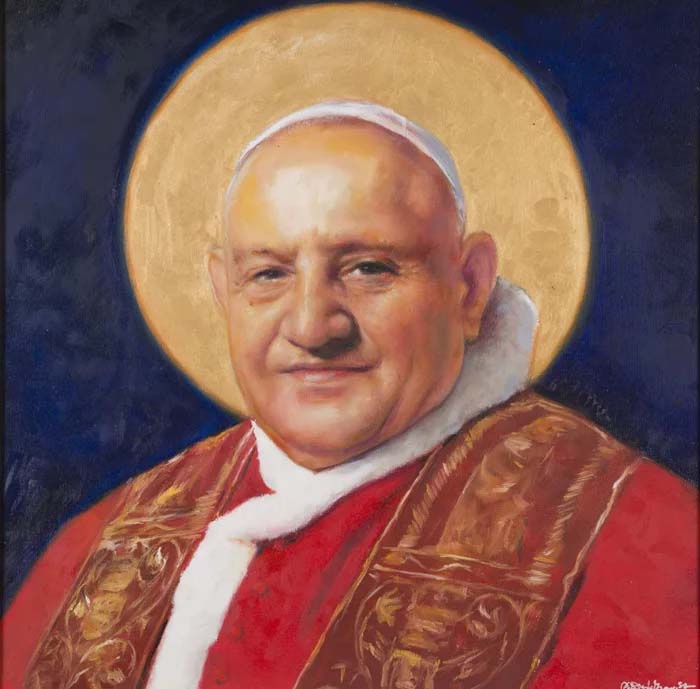 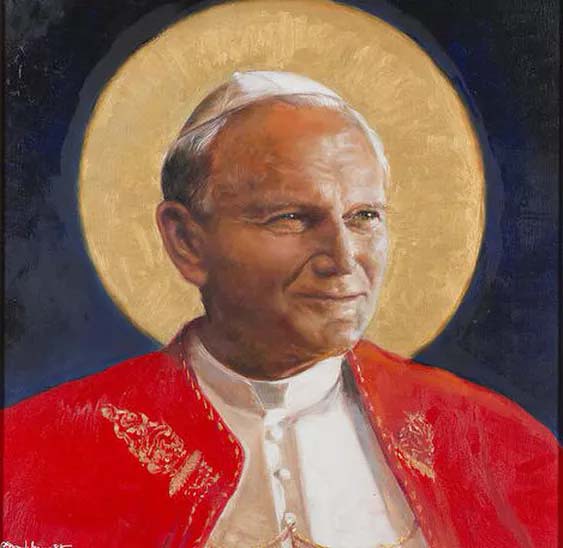 Portraits of John XXIII and John Paul II were created by Fr. Peter Wm. Gray, S.S., during the autumn of 2013 in response to the news of the canonization of Pope John XXIII and Pope John Paul II. As part of his creative work, Fr. Gray spent much time viewing photographs and film footage of the two pontiffs. He then prayerfully and inspirationally distilled this information into what he found to be the essence of each pope. For Fr. Gray, the result of this creative process focused on the gaze of each pope in order to reveal something central about his personalities. Thus, in the portrait of John XXIII, the Pope gazes directly at the viewer, while in the portrait of John Paul II, the Pope gazes outwards towards the future. The choice of the background color of blue was made consciously to illuminate the red and white of the popes’ clothing. The use of the colors of red, white, and blue also reflected Fr. Gray’s decision to paint the portraits for their setting here in Washington, DC, the capital of the United States.