Respite Before Exams: A Welcomed Occasion of Fun and Fellowship

Vieban Hall was a flurry of activity and food on Friday, April 25th. Beanbags where being tossed, tamales and tacos were served, and The Mask of Zorro was playing on a TV in the background. Over all it made for a pretty ridiculous atmosphere. The Corn Hole tournament was particularly intense and most of the house gathered for the final showdown between Blood, Sweat, and Ears (Eduard Guilloux / William Frei) and Cornucopia (Levi Hartle / Mark DeYoung). The Basselin scholars of Blood, Sweat, and Ears won the hard fought match, appropriate in this Year of the Basselin. Roberto McCarthy won the steak competition (with some assistance from Rhett Williams).Finally, the poker tournament, which lasted into the early hours of the next day, was won by Nick Redmond.

The Spring House Party is always a good time to unwind before the hectic period of final exams. The success of this year’s party is due to the hard work of a couple seminarians in particular: Rhett Williams, John Large, Dan Waruszewski, Rijo Philip Wade Bass, Alex Nevitt, and Anthony Federico. All the members of the Community Life Committee and the Hispanic Affairs Committee were involved.

These evenings of fraternity are more than just an excuse to party (though sometimes that is important too). These occasions help foster Christian community and friendships that will be invaluable as we go to our separate dioceses this summer, and maybe, God willing, to our parishes as priests 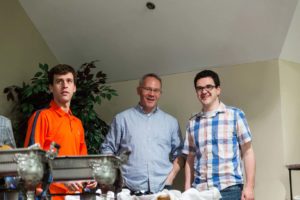 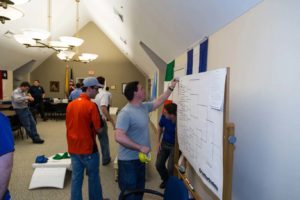 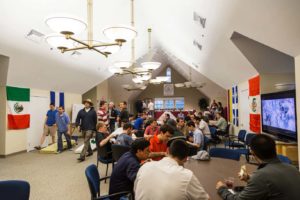 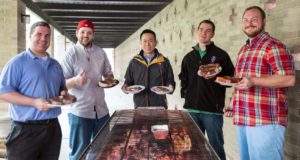 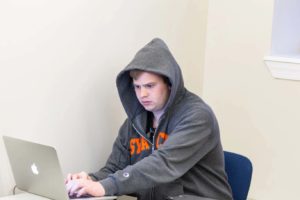 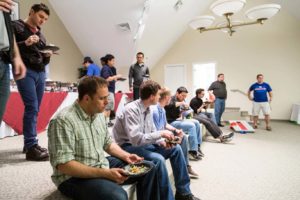 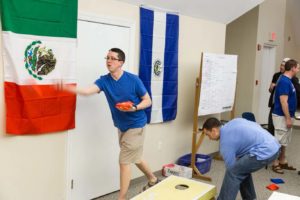 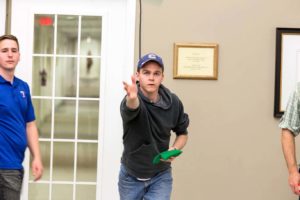 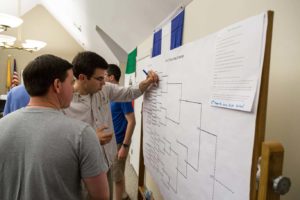 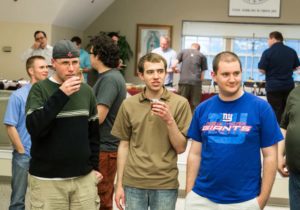 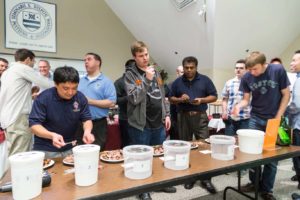 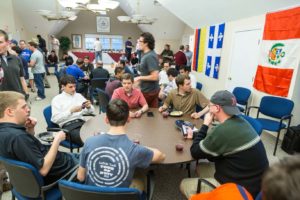 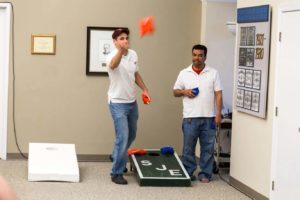 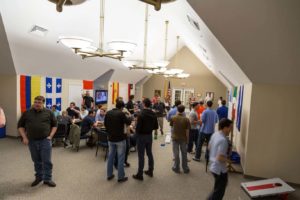 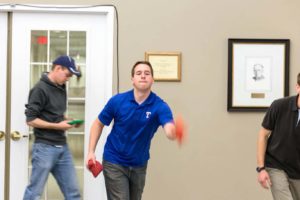