The second annual Theological College Turkey Bowl was a great success.  The event, which takes place at AMF Lanes in Annandale, VA, was expanded this year to include invitations to several local houses of formation.  Seminarians from the OFM Capuchin community and the Saint John Paul II seminary joined about two dozen TC men on six reserved lanes for a night of bowling and fraternity.  The Community Life Committee sponsored the event, which was preceded by dinner at Honey Pig Korean BBQ restaurant — a seminarian favorite.

Event organizer Rhett Williams, who had the highest score of any bowler (169), led a team consisting of Rev. Mr. John Paul Trask, Sam Maul, and Anthony Federico to victory.  The team won a gift card to a local establishment.  Nick Redmond was the only bowler to complete a “turkey” (bowling three consecutive strikes) during the Turkey Bowl.  JP II seminarian JP Heisler was also awarded a prize for bowling the most strikes (9). 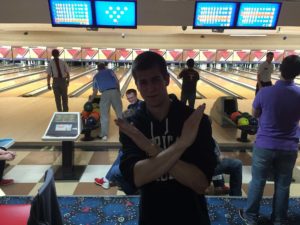 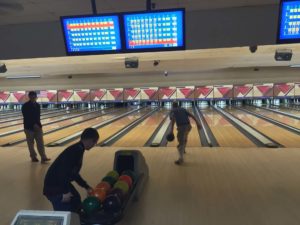 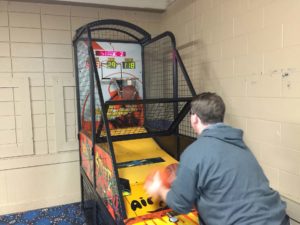 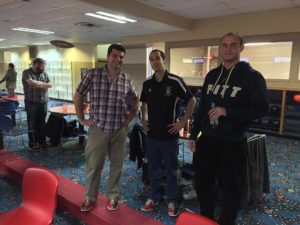 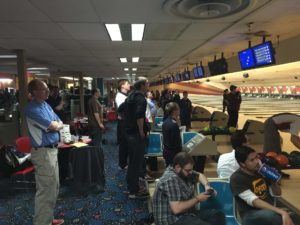 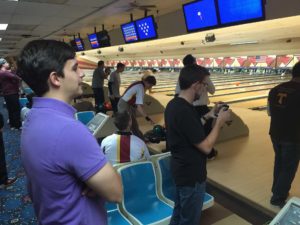