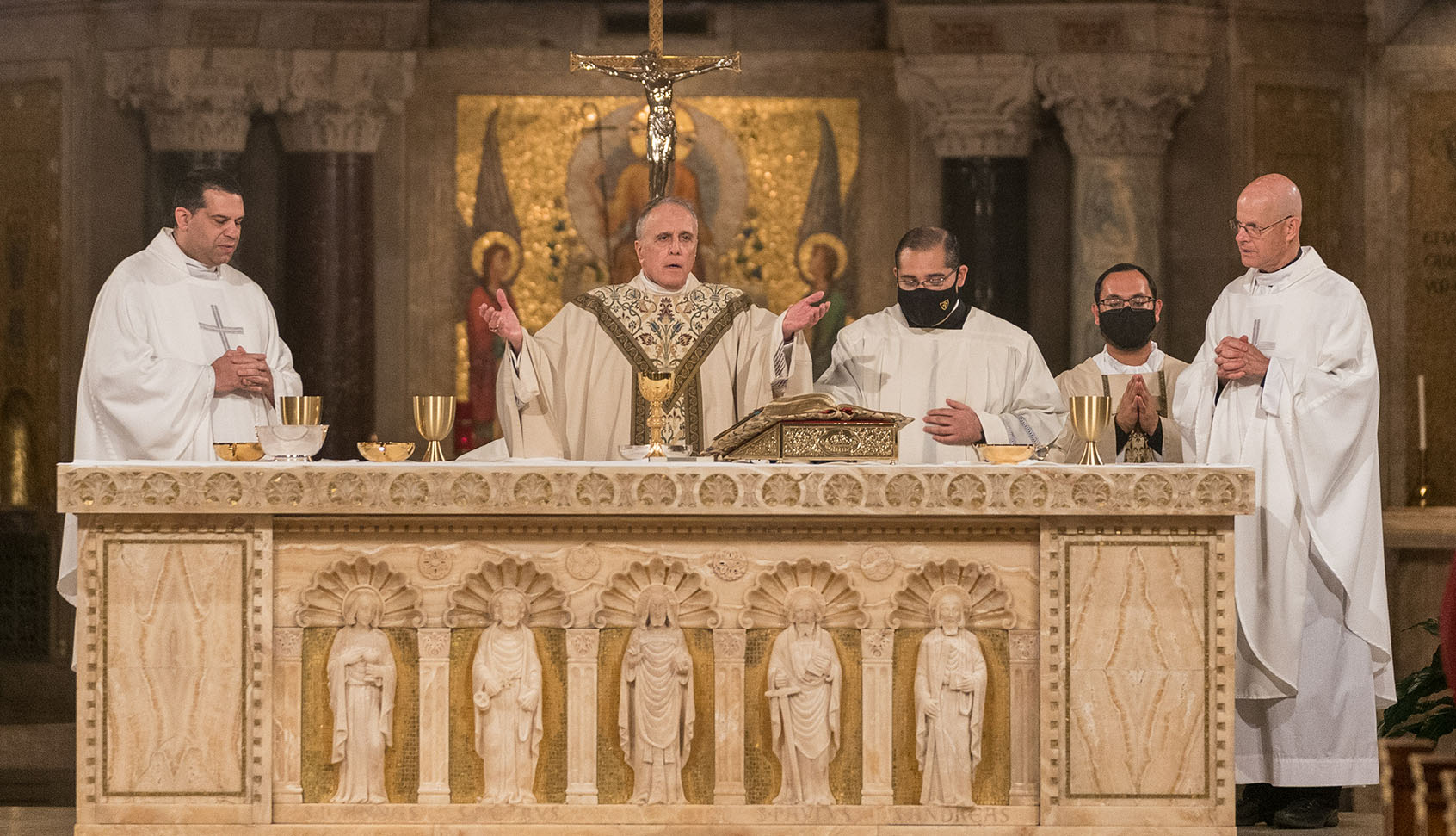 Hosting 38 guests from 20 dioceses across the country, the atmosphere at this year’s Alumni Day on October 6 was filled with a palpable exuberance, after a year and a half of quarantining and isolation. For many seminarians, this was their first Alumni Day reunion experience, and generous efforts were in full swing in the days previous to make this a beautiful fraternal gathering for all.

The reunion began at 2:00 pm with the Annual Alumni Lecture by Monsignor Stephen Rossetti, D. Min., Ph. D. (Class of 1984), titled, “Priestly Wellness and Happiness in a Time of Crisis.” Msgr. Rossetti presented his latest research of over 1,500 priests from across the USA on the health and happiness of priests in the wake of the child abuse crisis and the pandemic. The results of this study reveal that priestly happiness in the USA has been steadily rising for a few decades, and that priests “like doing what they do,” although around 9% to 14% suffer some form of depression, and many were traumatized by the recent pandemic. However, the higher-than-average happiness quotient seems to be bolstered by the fact that, overall, priests have a strong commitment to the spiritual life. A lively Q & A among alumni and Rossetti further delved into the indications of his study while bringing to the fore personal experiences and candid concerns.

Cardinal Daniel DiNardo, metropolitan archbishop of Galveston-Houston (Basselin Class of 1972), was the principal celebrant at the 5:15 pm Mass in the Crypt Church of the Basilica of the National Shrine of the Immaculate Conception. TC’s Schola accompanied the celebration of the Eucharist with great finesse under the music direction of Fr. James McKearney, P.S.S., with the Cardinal intoning many of the Mass prayers himself. In his homily, the Cardinal, in recognizing this Mass of “Jesus Christ Eternal and Sovereign Priest,” emphasized the silent witness of St. Joseph in “these challenging and sometimes screeching times.” The Cardinal highlighted that our confidence comes from Jesus. It is His flesh that has sanctified us by His death on the Cross, and we don’t have to be afraid. With Jesus, the opaque barrier, the veil, has become transparent, and we are invited to join the procession through that veil. He called for a renewal of aestheticism in the Church – a self-discipline and a joyful emptying of self. Conforming to Christ in our priesthood, which flows forth from the heart of Jesus, can renew the Church by the power of the Spirit, which is the fire that priests protect as “Guardians of the Epiclesis.”  He ended, “May God bless us, may Mary pray for us, and may Jesus lead us in procession to the Father, as we beg for the Holy Spirit to come.”

The ensuing reception and banquet celebrated the joy of these powerful words and prayers, as all gathered at TC with a unified collegial spirit to enjoy the reminiscences of the alumni and to share the hopes and plans of the seminarians and faculty for a fruitful year ahead. Cardinal DiNardo received the Alumnus Lifetime Service Award from Fr. Ciriaco, “in recognition of his lifetime of outstanding priestly service as a pastor, exemplary leader in the community and Church, theologian, and advocate for justice and equality in the tradition of the priests of St. Sulpice.” The Cardinal, who was also celebrating his 24th anniversary of episcopal ordination, was pleased and honored that so many from his time at TC were present, including Fr. McBrearity, former rector, who was a first theologian when DiNardo was a first Basselin; Fr. Blanchette, who joined the formation faculty when he was a second Basselin; and Monsignors Wippel and Sokolowski, who were among his “superb” teachers at Catholic University.  The Cardinal praised the formation he received that, in the spirit of Fr. Jean-Jacques Olier, promoted the development of humility and candor. He affirmed that the most important focus of formation at TC was and is “learning to understand the heart of Jesus, which is extremely important for a parish priest.” 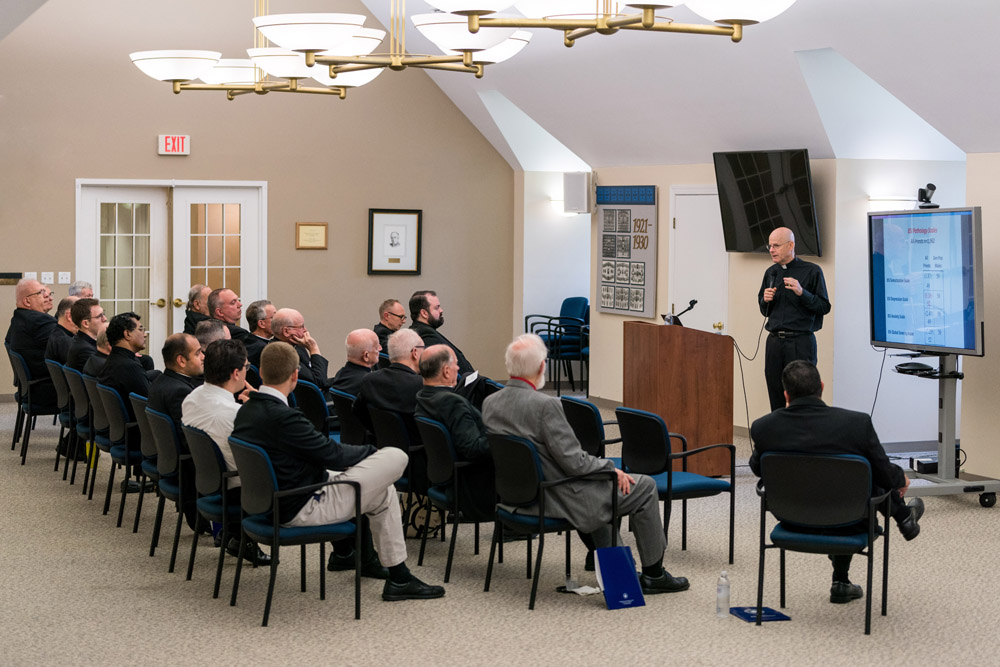 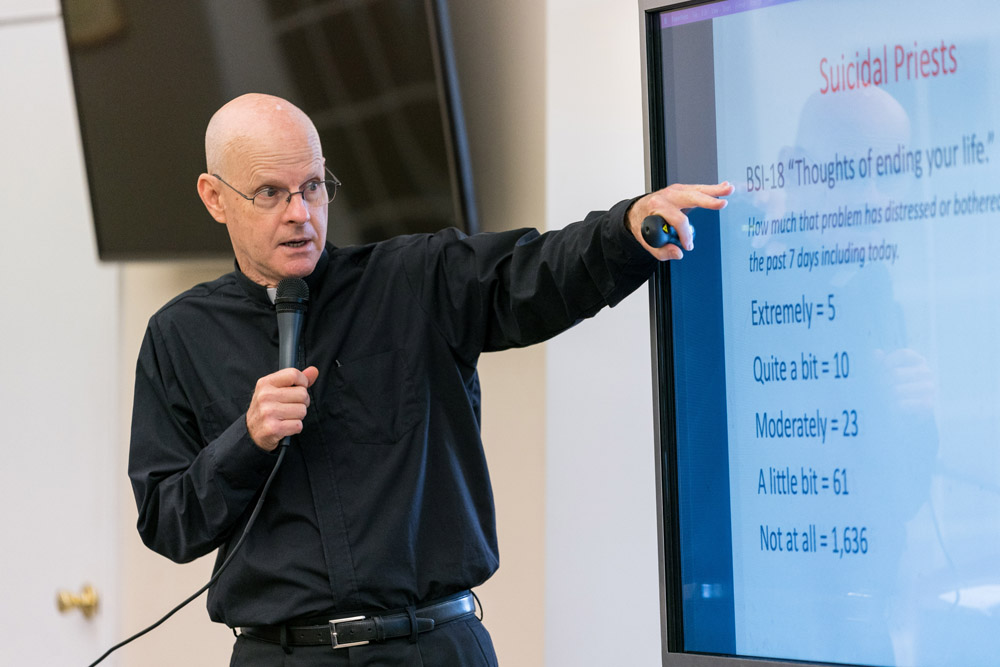 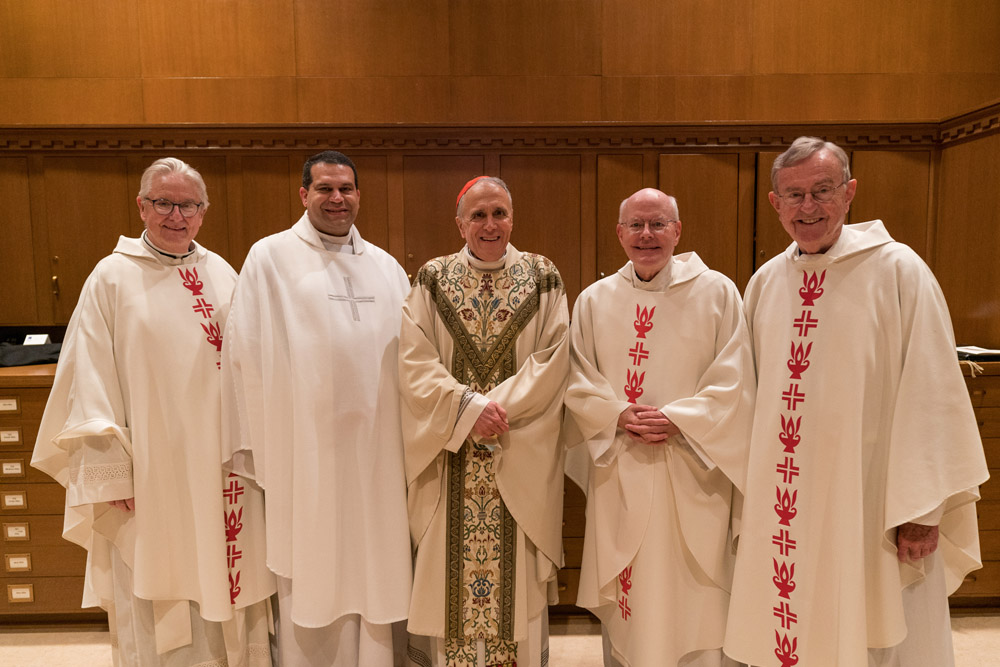 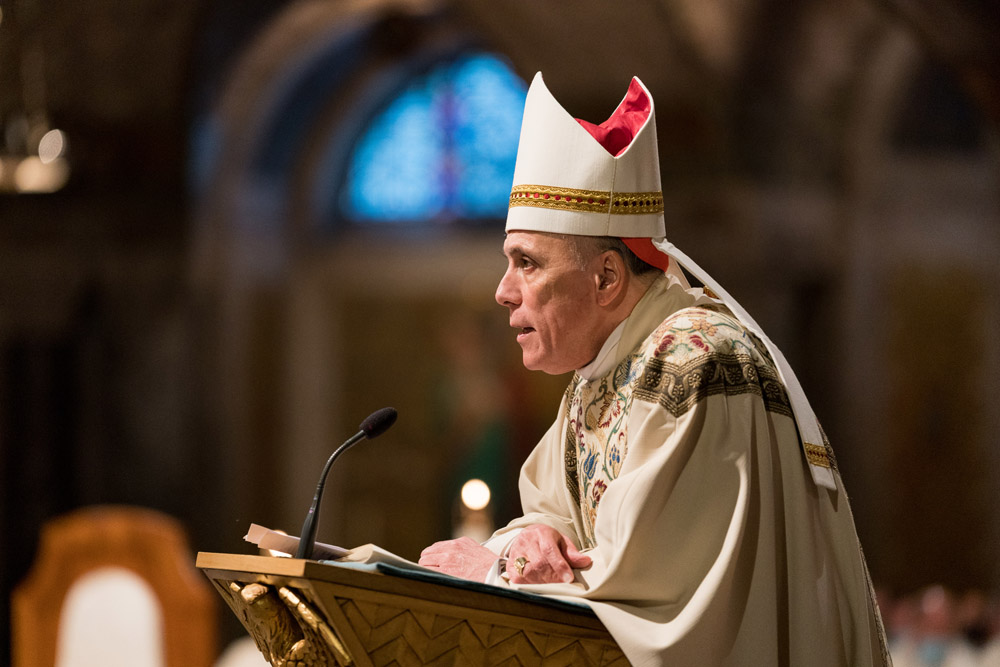 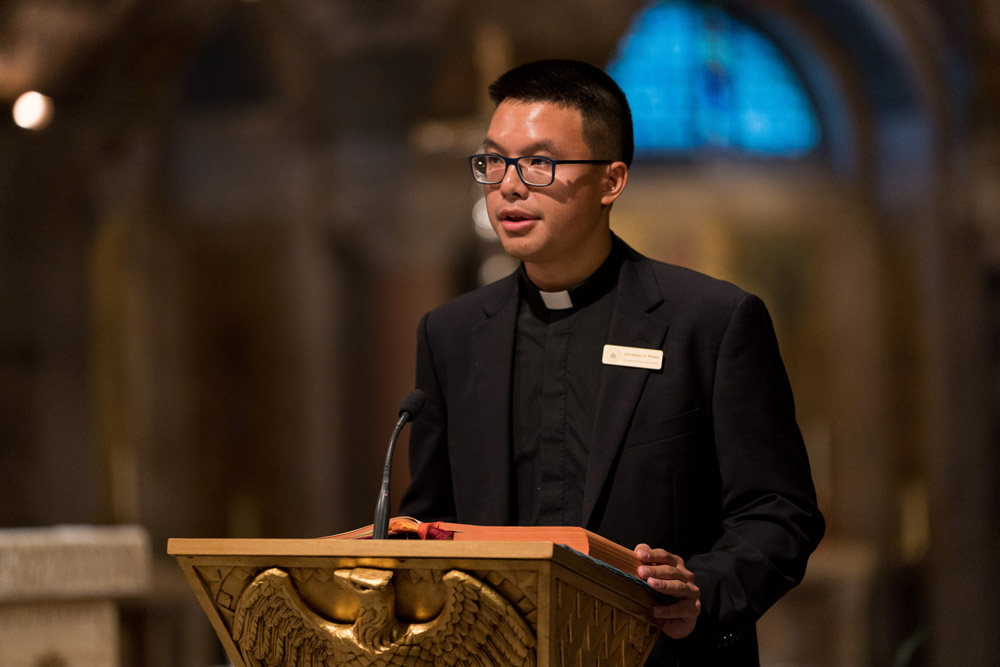 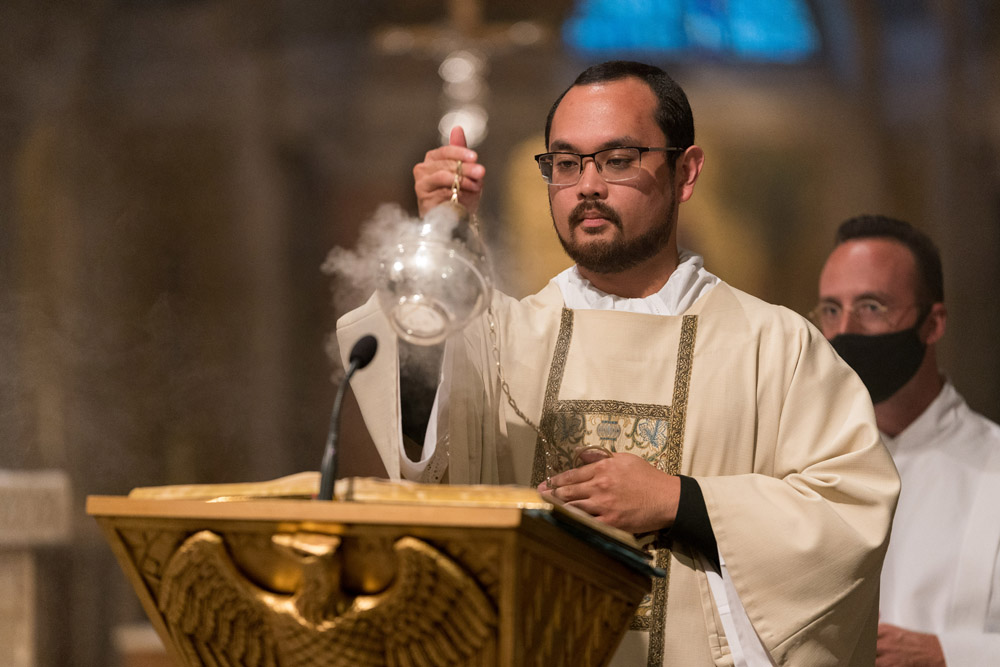 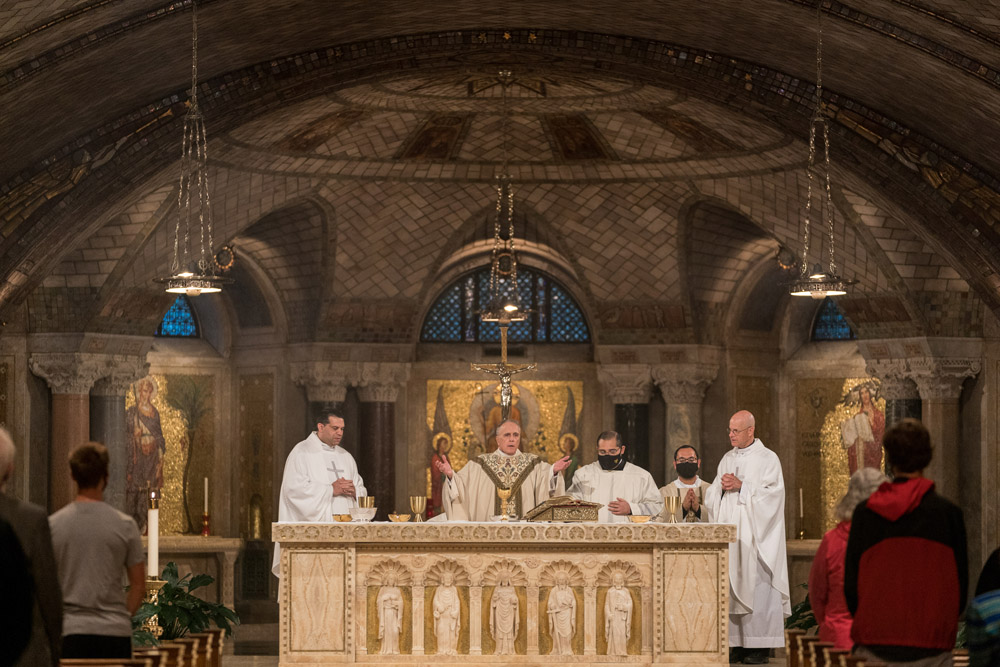 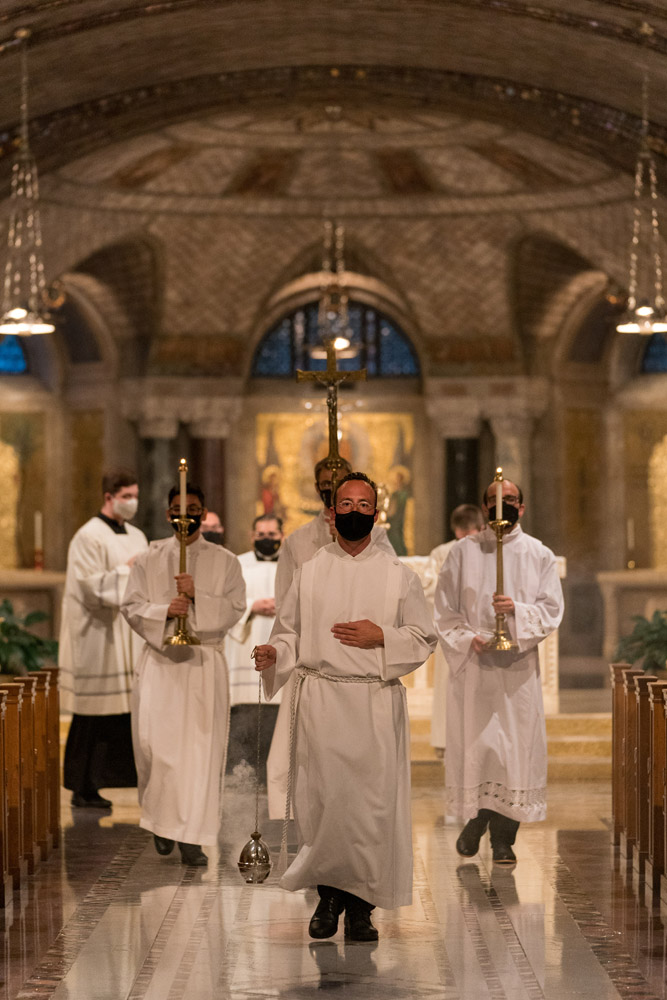 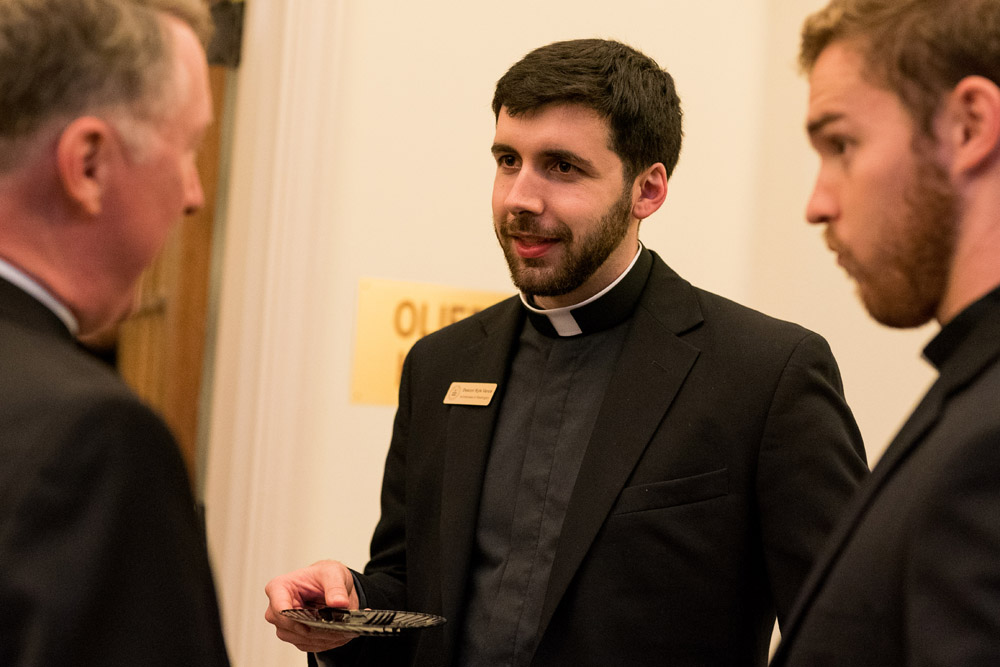 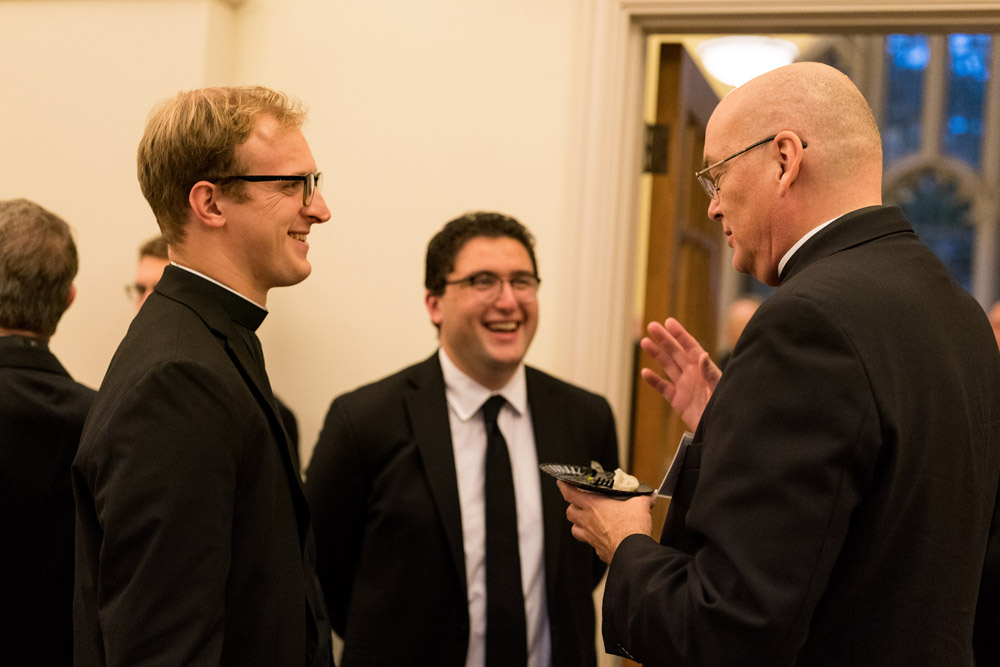 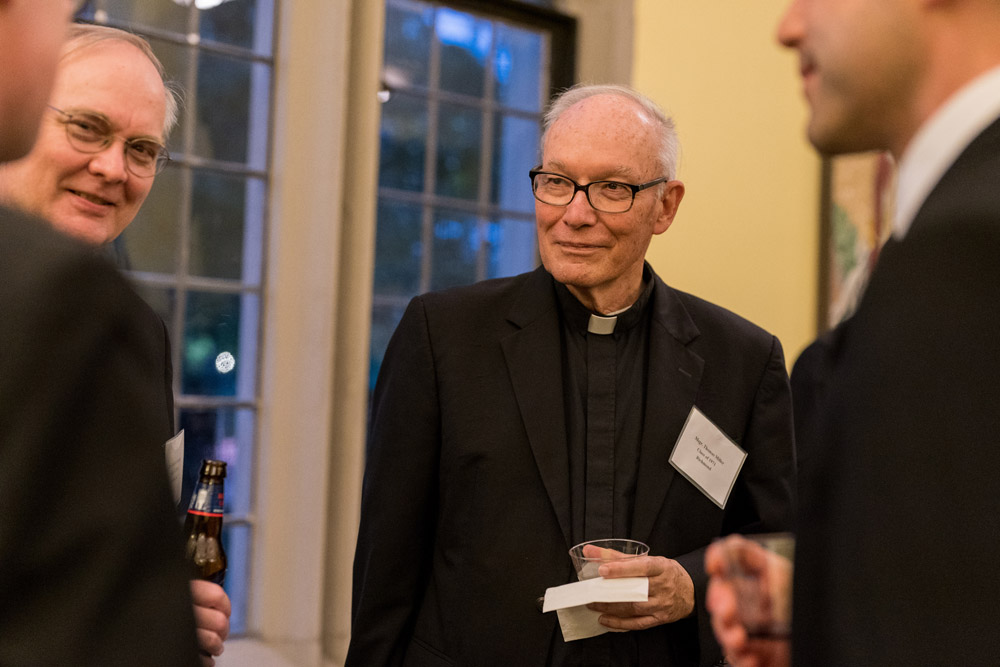 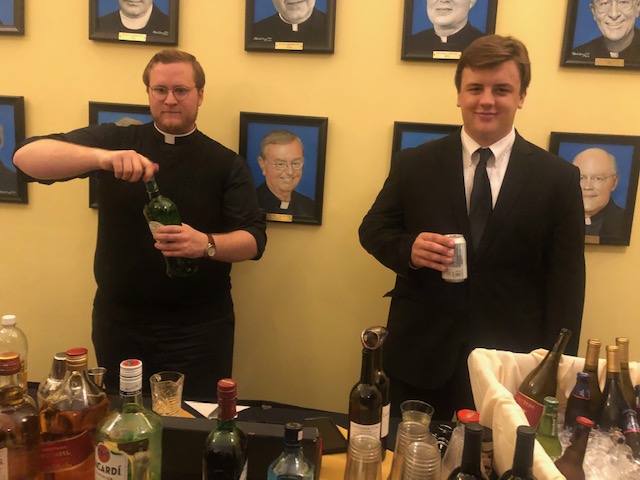 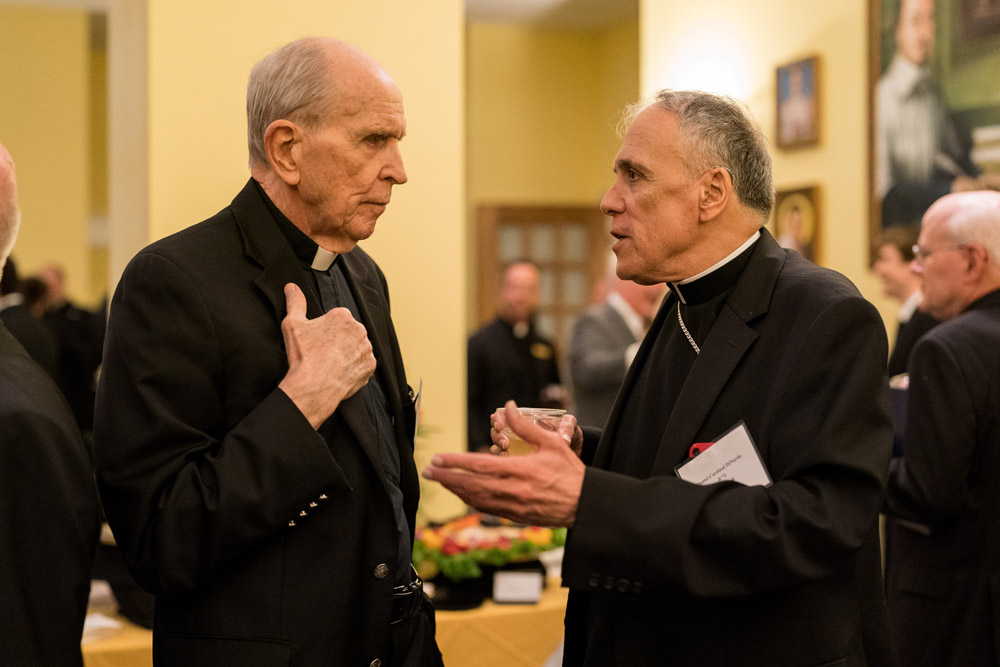 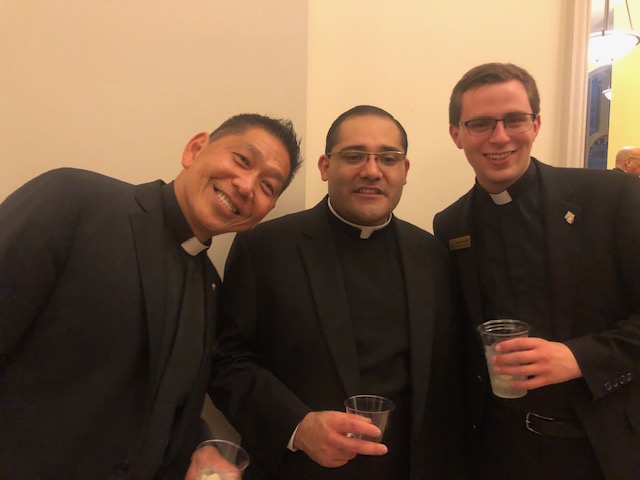 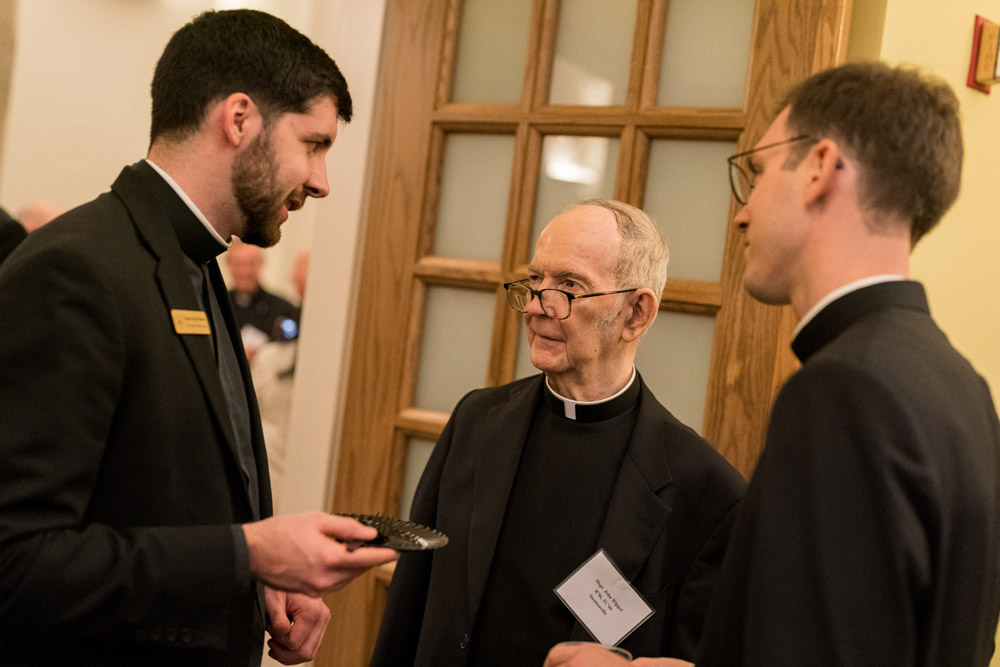 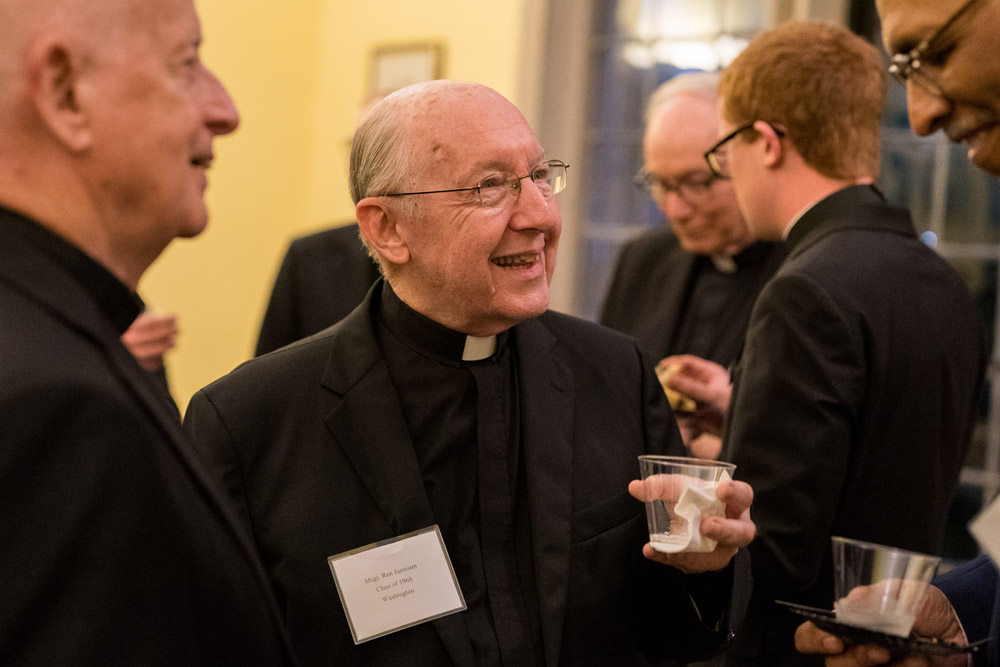 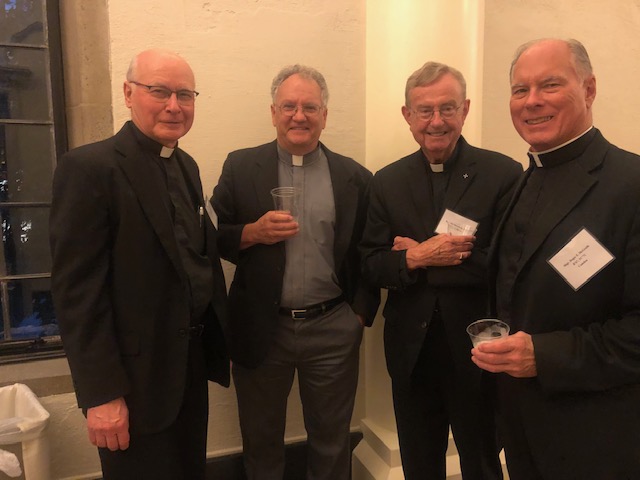 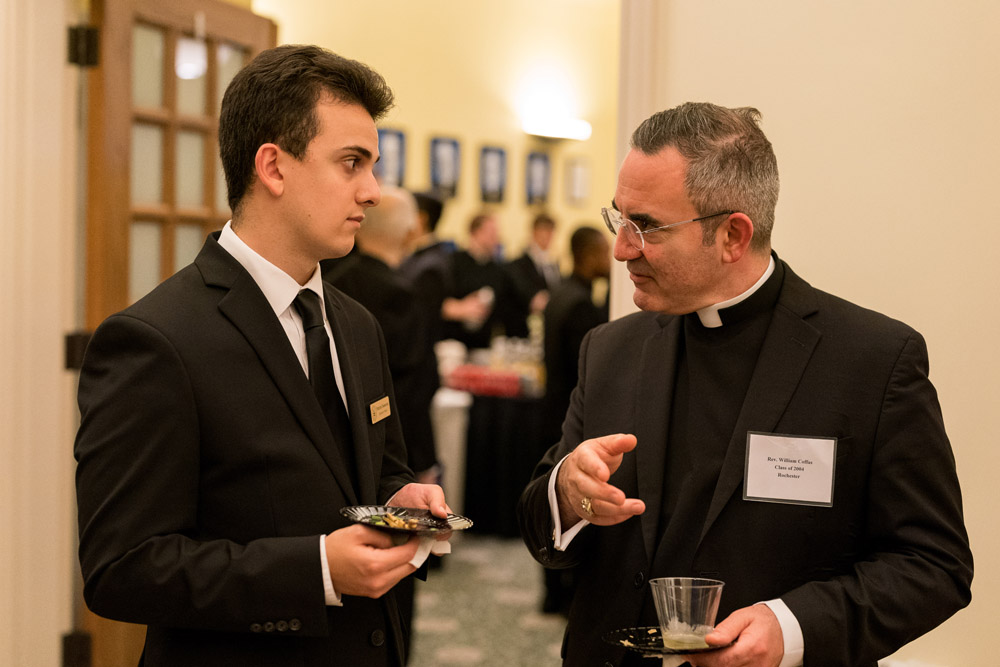 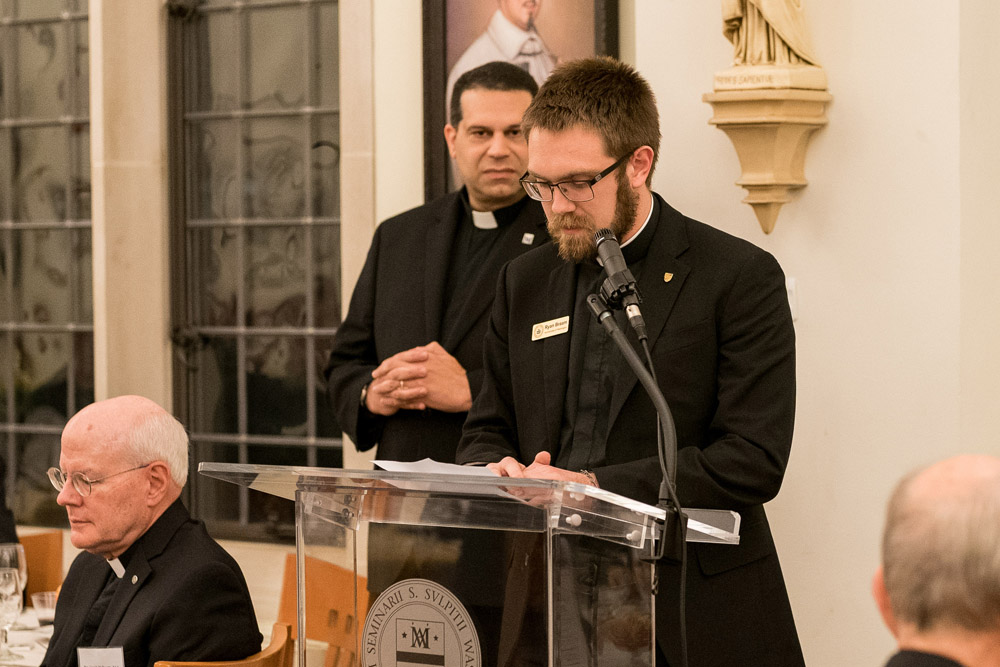 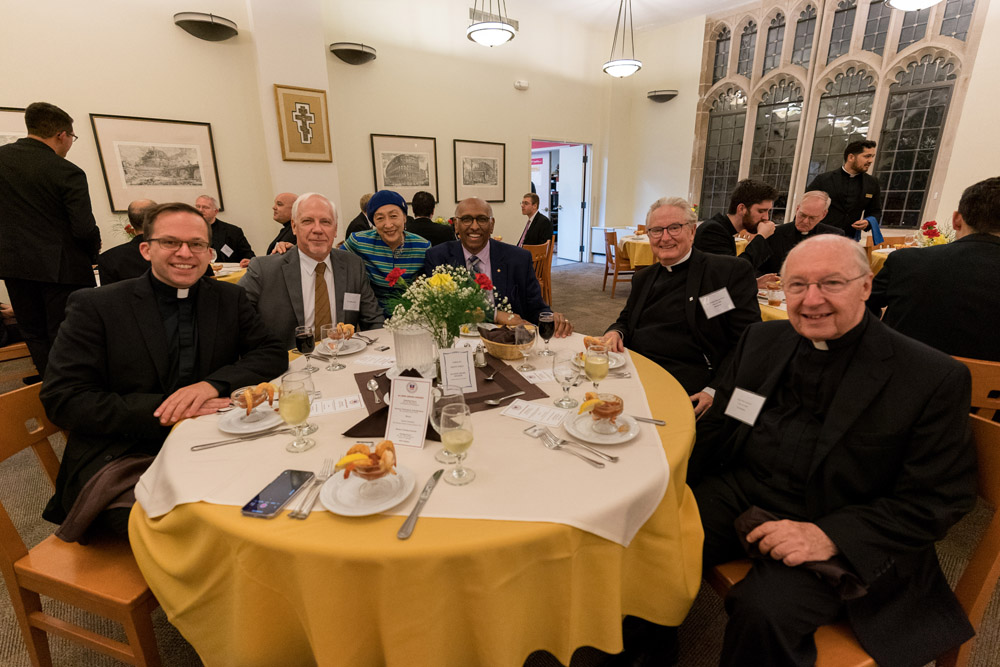 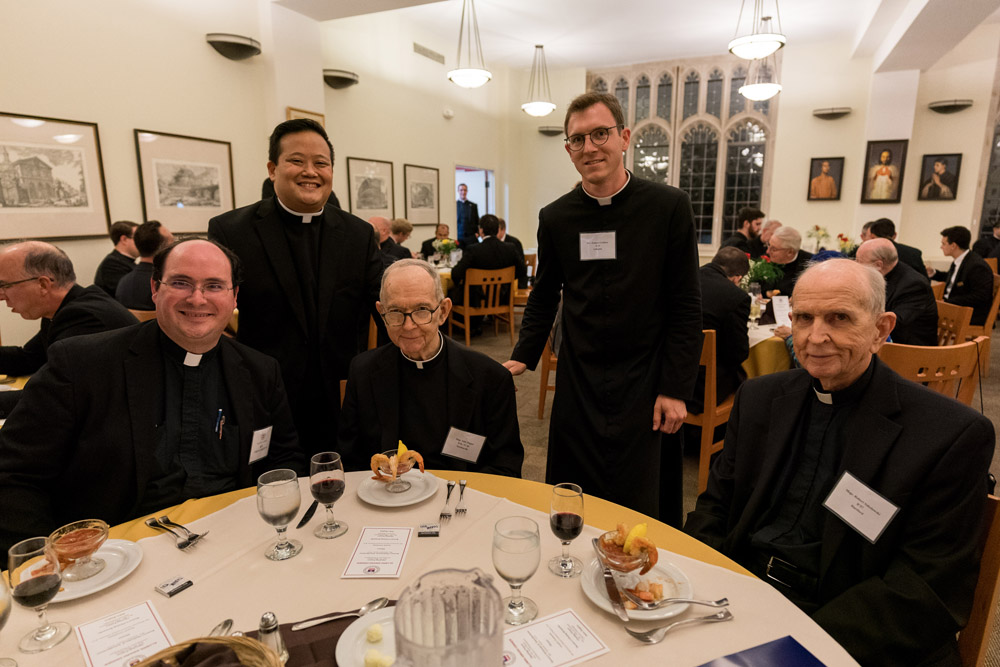 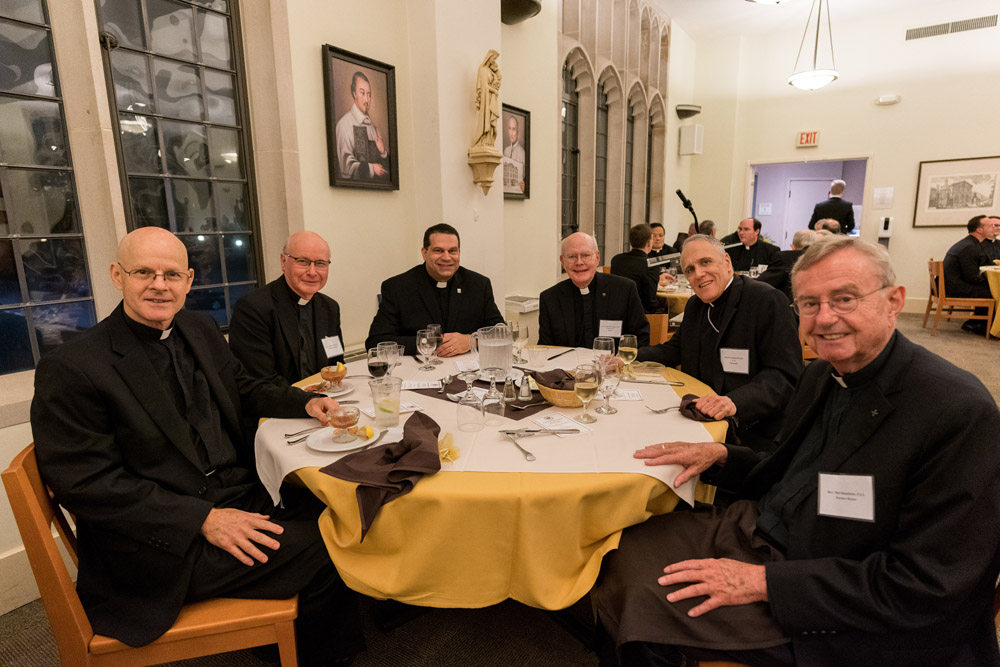 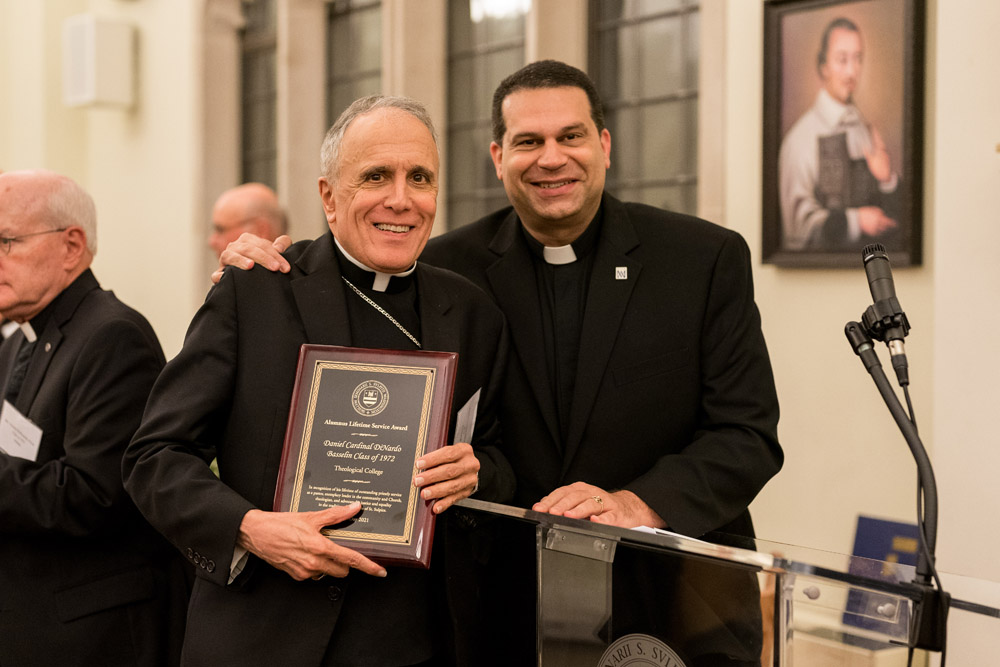 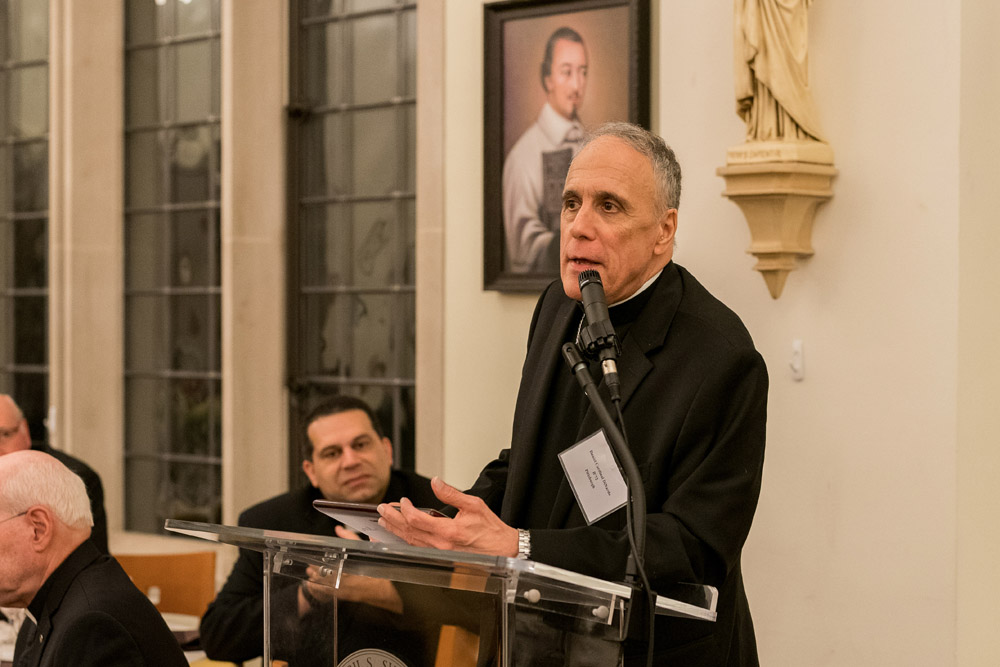 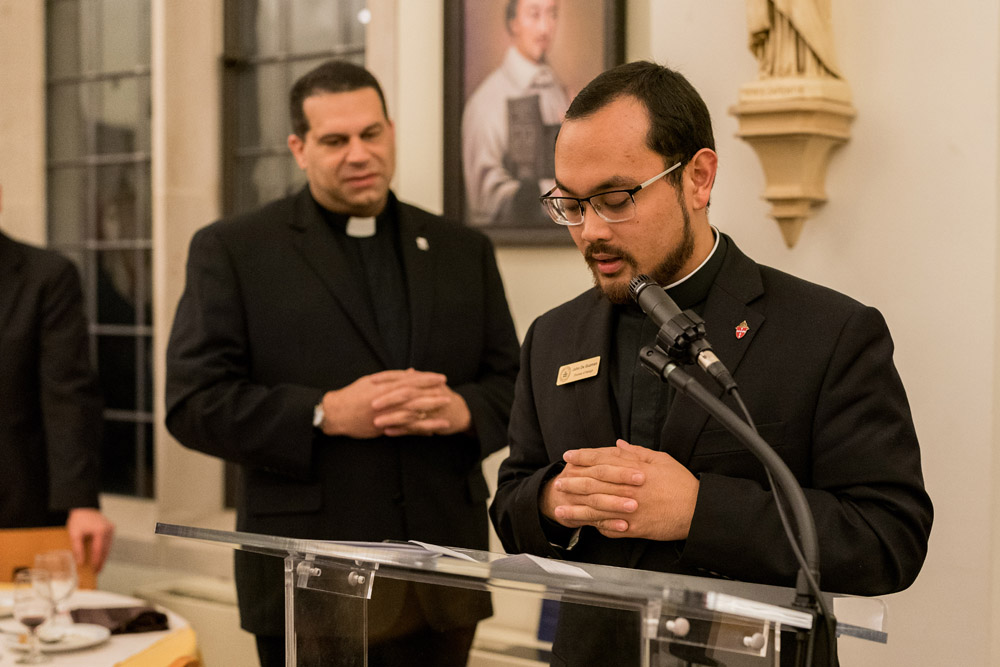 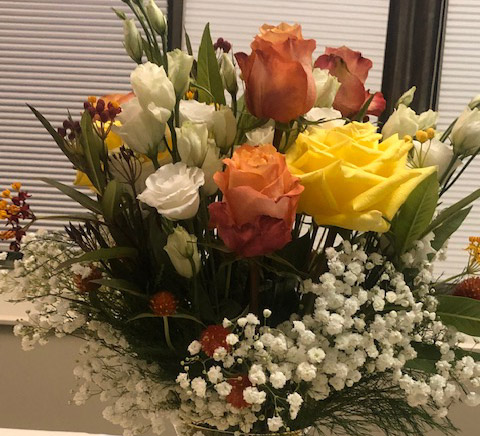