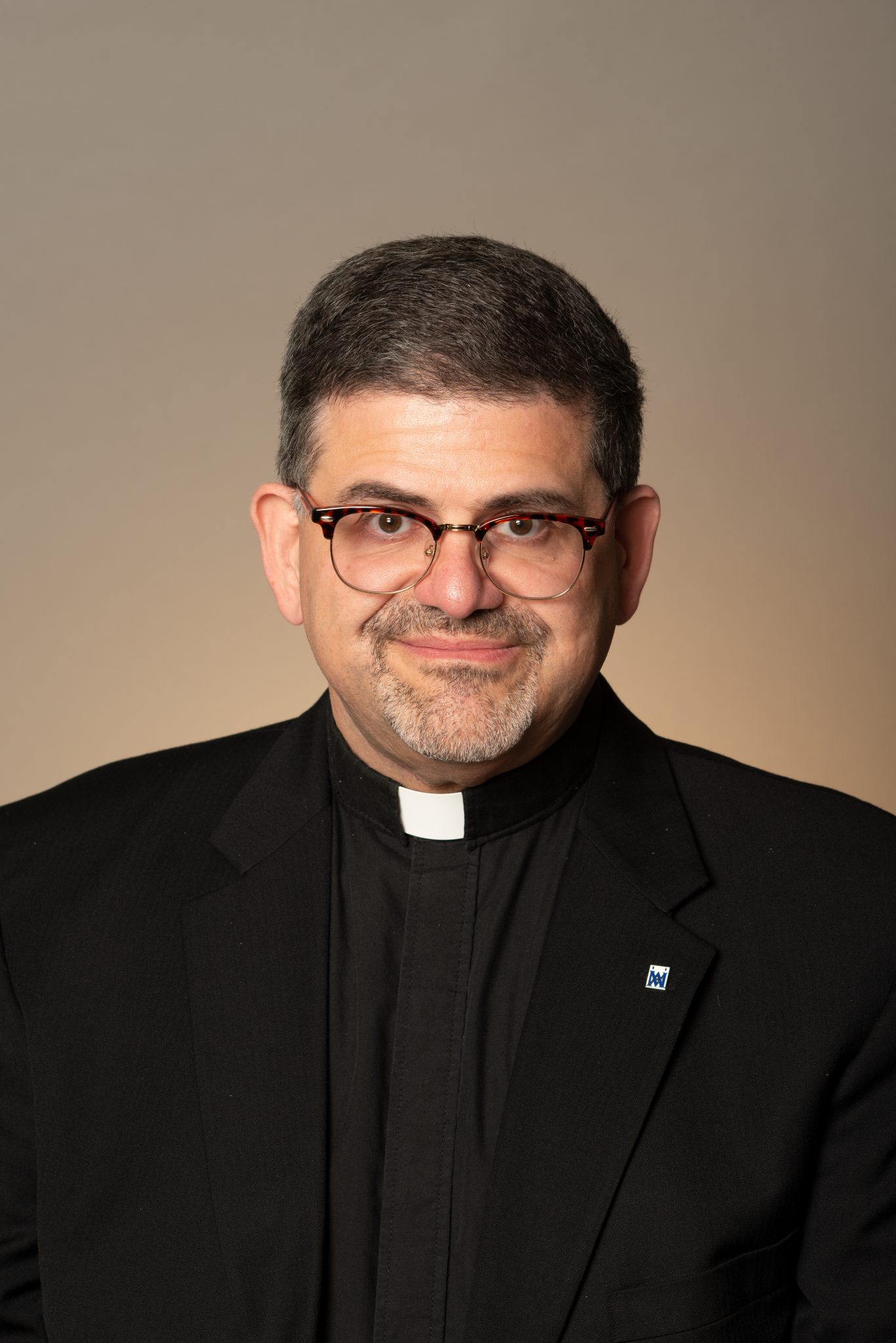 Father Robert J. Cro, P.S.S., returned to the formation faculty at Theological College in 2022.  He served at TC previously as a Sulpician candidate from 2015 to 2017, after which he earned a Licentiate in Church History (H.E.L.) from the Gregorian University in Rome and then was appointed as Assistant Professor of Church History at St. Mary’s Seminary & University in Baltimore, Md.

A native of New York, Father Cro attended archdiocesan schools before earning a B.A. with a dual major in Classics and Physics from Williams College, followed by an M.A. in Classical Archaeology from Princeton University.  Prior to entering seminary, he also taught overseas in Japan and worked as an educational technology specialist for a large university.

After receiving his S.T.B. and M. Div. from St. Mary’s in Baltimore, Father Cro was ordained a priest of the Diocese of Trenton in 2012.  He served as a parochial vicar there for three years before entering the Society of St. Sulpice in 2015.