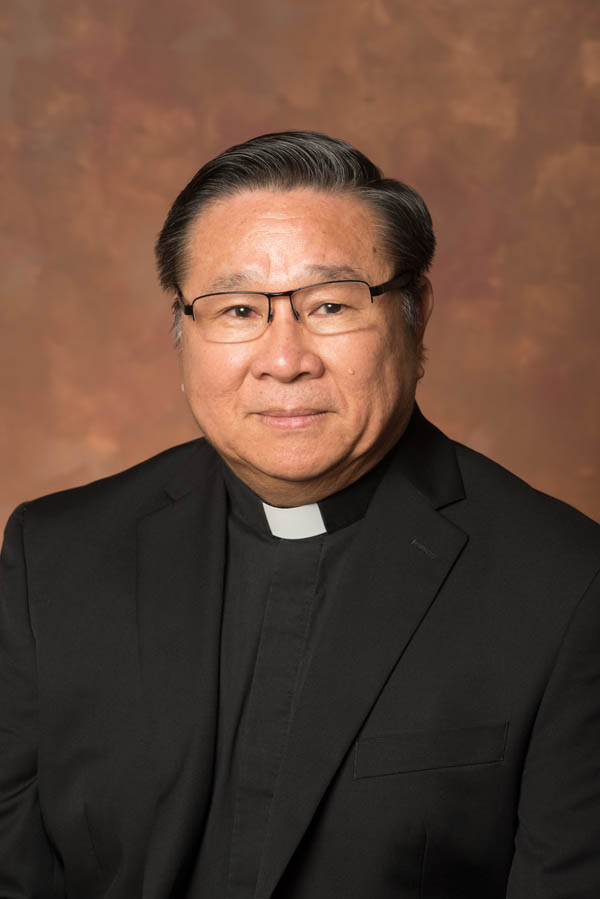 Reverend Hy K. Nguyen, Rector of Assumption Seminary in San Antonio, Texas, was formerly Vice-Rector, Dean of Men, and Director of Extern Spiritual Directors at Theological College. He has been a member of the Society of St. Sulpice since 2000. He received his doctorate in dogmatic theology at the Pontifical Gregorian University in Rome. After six years of teaching at St. Mary’s Seminary & University in Baltimore and three years at Assumption Seminary in San Antonio, he joined the faculty of Theological College, assuming the responsibilities of Dean of Men and Associate Director of Intellectual Formation in 2015. In addition to his formation responsibilities at TC, he taught  Foundations of Catholicism at The Catholic University of America.

As a native of Vietnam, Father Hy has contributed significantly to the faith formation and growth of the Vietnamese community living in the U.S. and in Vietnam. He has been Chair of the Theological Committee of the Federation of Vietnamese Catholics in the U.S. since 2006, lectured widely to the Vietnamese community in America, has published numerous writings in several Vietnamese journals in the U.S. and in Vietnam, and regularly conducted retreats and workshops for Vietnamese clergy and laity. He edited, in Vietnamese, the book Marriage and Family (published in spring 2015). He has also lectured regularly at many Catholic gatherings, including the Los Angeles Congress, Mid-Atlantic Congress, and the Faith Formation Conference of the Bay Area. Since 2002, he has been hosting the half-hour live talk-show radio program “Learning Our Catholic Faith,” which is broadcast once a month by more than 40 different stations in the U.S., including in California, Texas, Arizona, Oregon, Washington, and Virginia. It has also aired in Australia. Father Hy served as an interpreter for Vietnamese attending the World Family Conference in Philadelphia in September 2015 and was a speaker at the Convocation of Vietnamese Priests of the U.S. in October 2015.