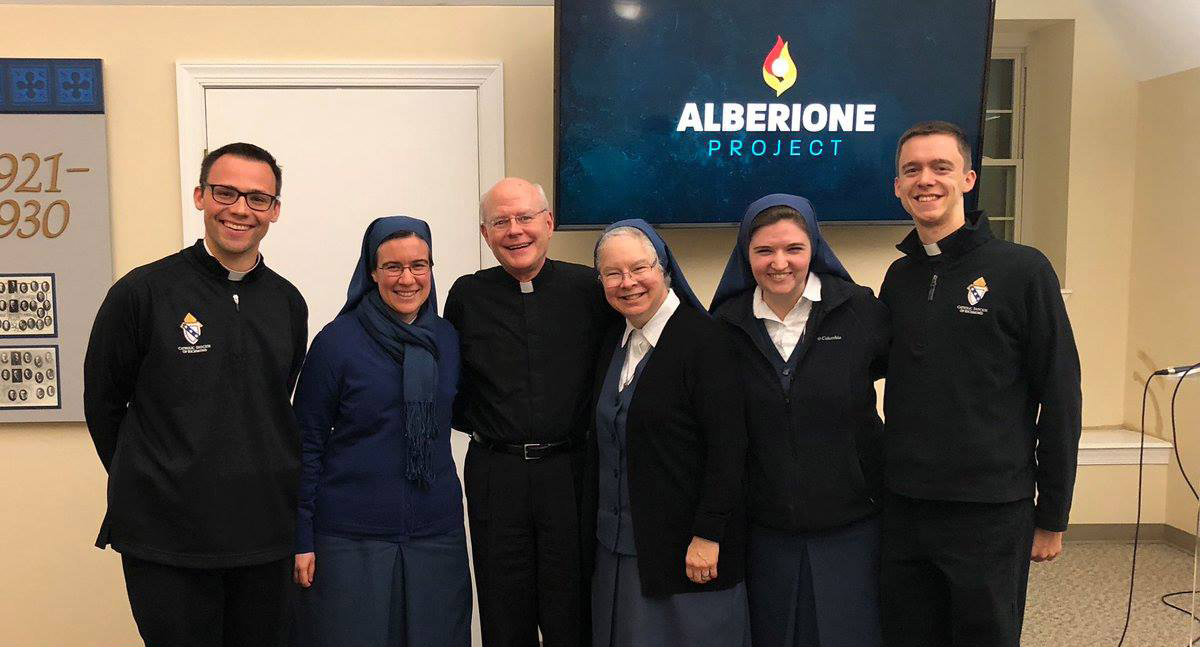 Theological College is poised to become a pioneer in the formation of seminarians in the use of contemporary media technologies. The Alberione Project is a formation initiative dedicated to empowering a new generation of priests to evangelize through the modern media.

In a recent article titled, “Getting Out of the Sacristy: A Look at Our Pastoral Priorities,” Bishop Robert Barron (Basselin Class of 1982) exhorted bishops, priests, and seminarians to avoid the temptation to wait for the “un-evangelized” to come to them, appealing to Pope Francis’ now famous call to “get out of the sacristies and into the streets” — including even the furthest reaches of Twitter, Facebook, and YouTube! He  proposes something revolutionary: “My humble suggestion is that a serious investment in social media and the formation of an army of young priests specifically educated and equipped to evangelize the culture through these means would be a desideratum.”

In fact, the Second Vatican Council laid the groundwork for precisely what he is asking for in its Decree on the Media of Social Communications, Inter Mirifica: “All the children of the Church should join, without delay and with the greatest effort, in a common work to make effective use of the media of social communication …” (13) The Council goes on to say that “pastors should hasten to fulfill their duty in this respect, one which is intimately linked with their ordinary preaching responsibility.”

Filled with newfound zeal and what appeared to be an ecclesial commission, me and my fellow seminarian  Deacon Cassidy Stinson (4-T, Diocese of Richmond) accepted this as a summons to action. The two of us set out to answer this central question: What role could the new media play in the formation of seminarians studying at Theological College?

After praying and discerning the Lord’s will, we got to know Blessed James Alberione (1884-1971). Father Alberione was a priest from Alba, Italy, who became a legendary pioneer in the use of mass media, eventually establishing the Pauline family, which includes ten religious institutes, each with the goal of sanctifying the modern means of communication in some way or another. In his own words: “All the new means must be the new pulpit, capable of making the voice of Christ the Master heard in every environment!” At his beatification, Pope Saint John Paul II called him “The First Apostle of the New Evangelization.”

What we loved the most about Father Alberione’s story, however, was that he rooted all his media evangelization efforts in a profound interior life nourished by Scripture and the Eucharist. At its core, the Alberione Project is about helping people to become holy.  We are called to love God and put Him first, and that should spill out into everything we do — including the media, which is here, and it’s here to stay. As future priests, we need to learn how to use it.

With Alberione as our patron and the Church’s documents guiding our efforts, we have stirred up a veritable whirlwind of activity surrounding the “new media” within the TC community. From inviting the Daughters of St. Paul (pictured above) to the house for a presentation on the life and charism of Blessed James Alberione, to blessing podcast equipment during Morning Prayer, to the launch of an exciting new podcast entitled The Big Tree (a pun on the word “Alberione” in Italian), the Alberione Project is off to a fast start, providing seminarians unique opportunities to engage with the media in a prayerful, strategic, and intentional way.

“We need to be more than just relevant, we need to be good at it!” said Cassidy Stinson on the debut episode of The Big Tree podcast. “We need to be using the media to its fullest — it’s a powerful, powerful tool. I’d like to think, just as we’ve been great in the media of centuries past — beautiful art, beautiful literature — that the Church can also bring beautiful things into the world with the new media.”

We are convinced that priests can play an integral role in this endeavor. Please pray for the success of the Alberione Project. You can follow the project on Twitter and Instagram, as well as subscribe to the podcast, The Big Tree, also available on our TC web page. 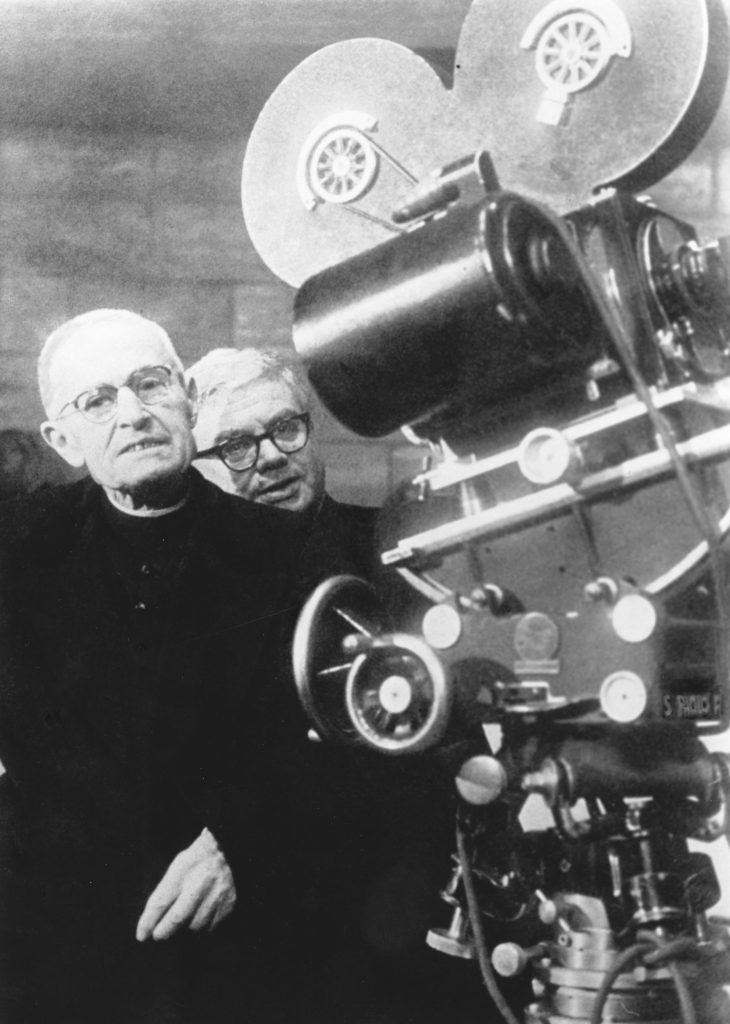 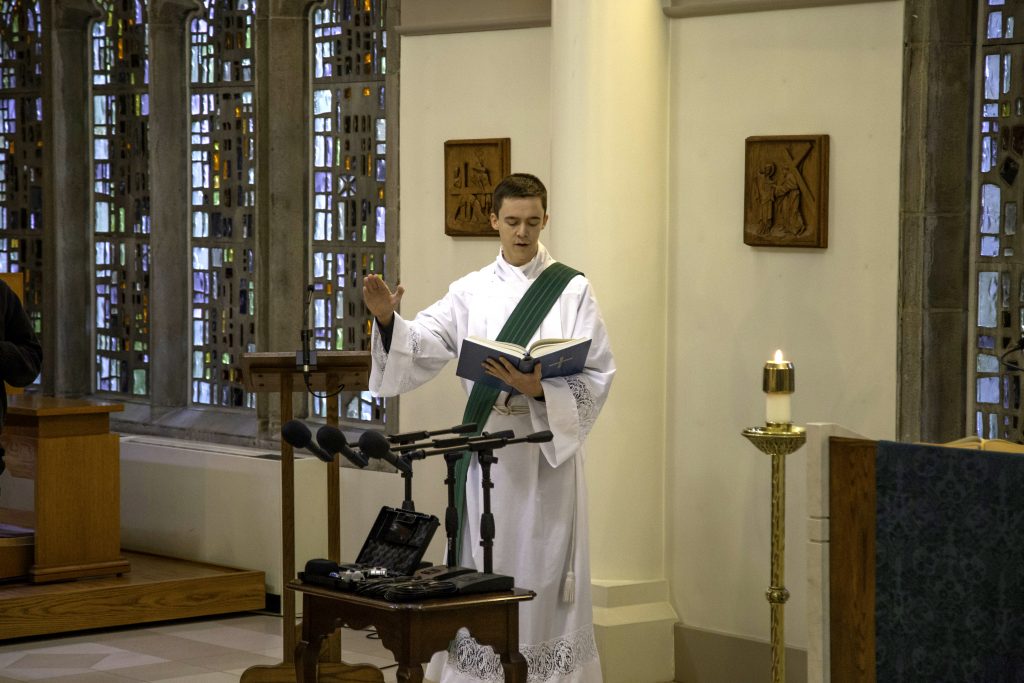 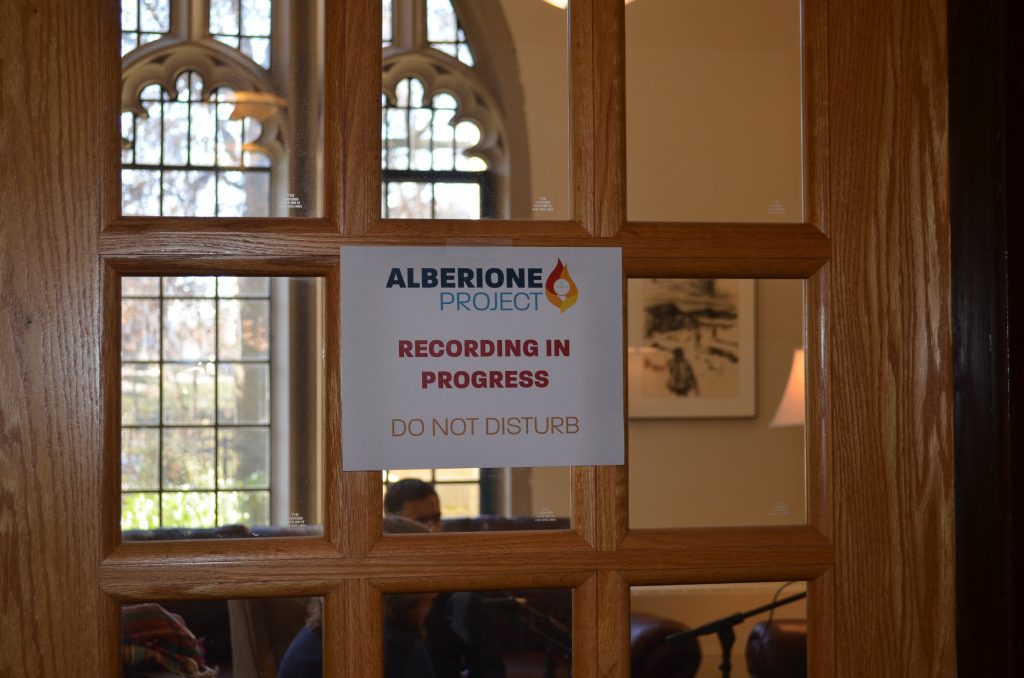 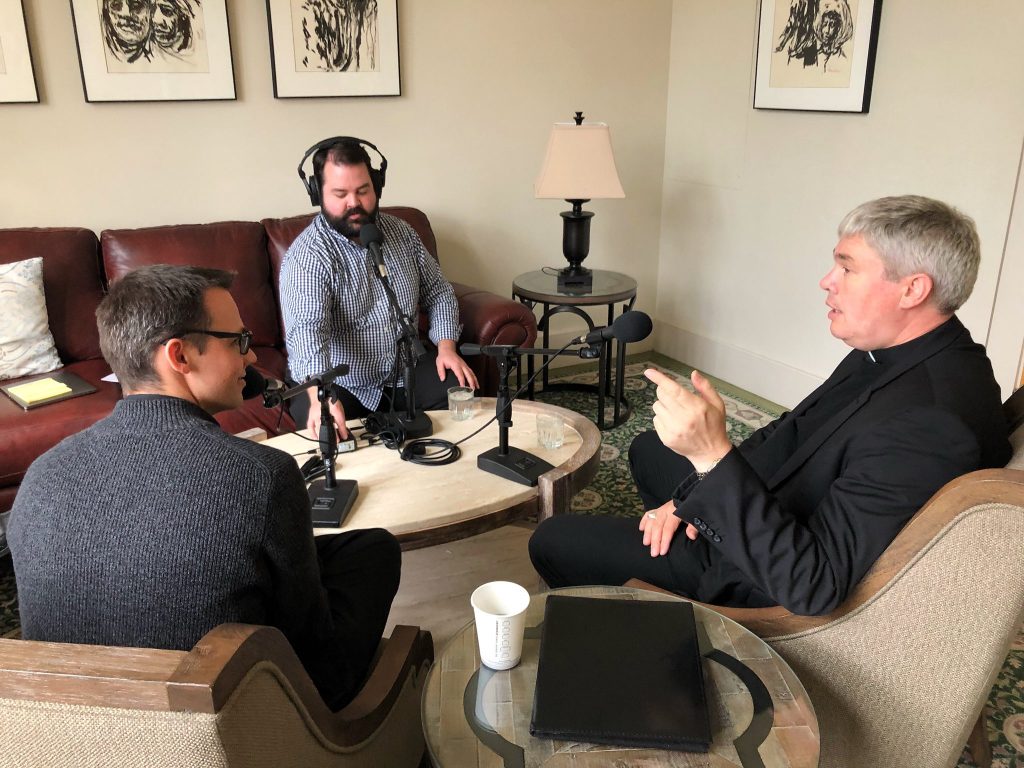 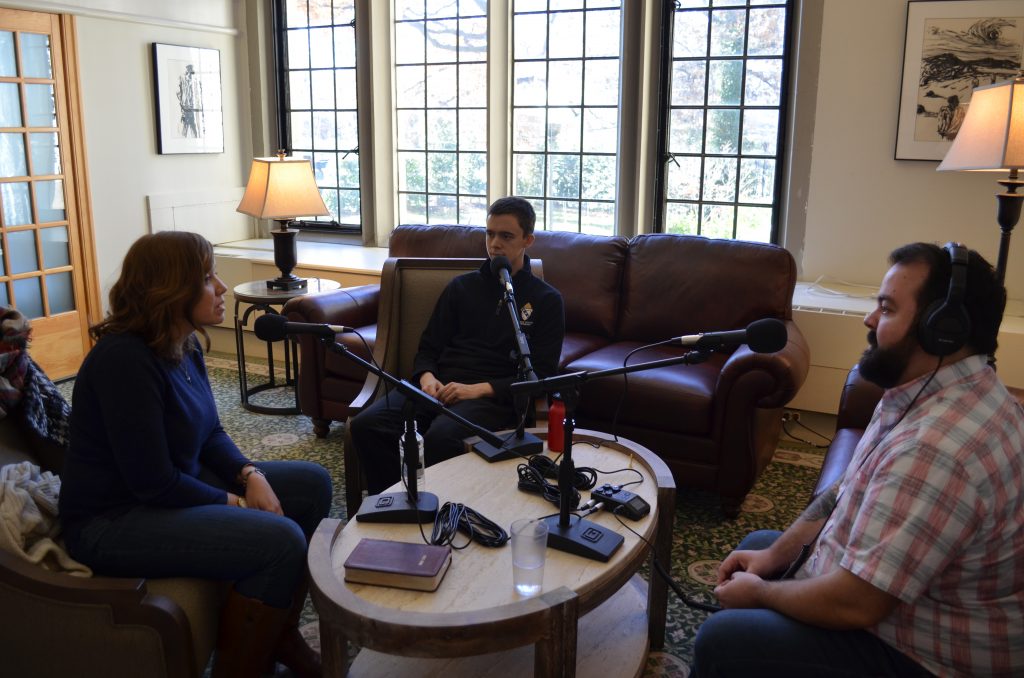 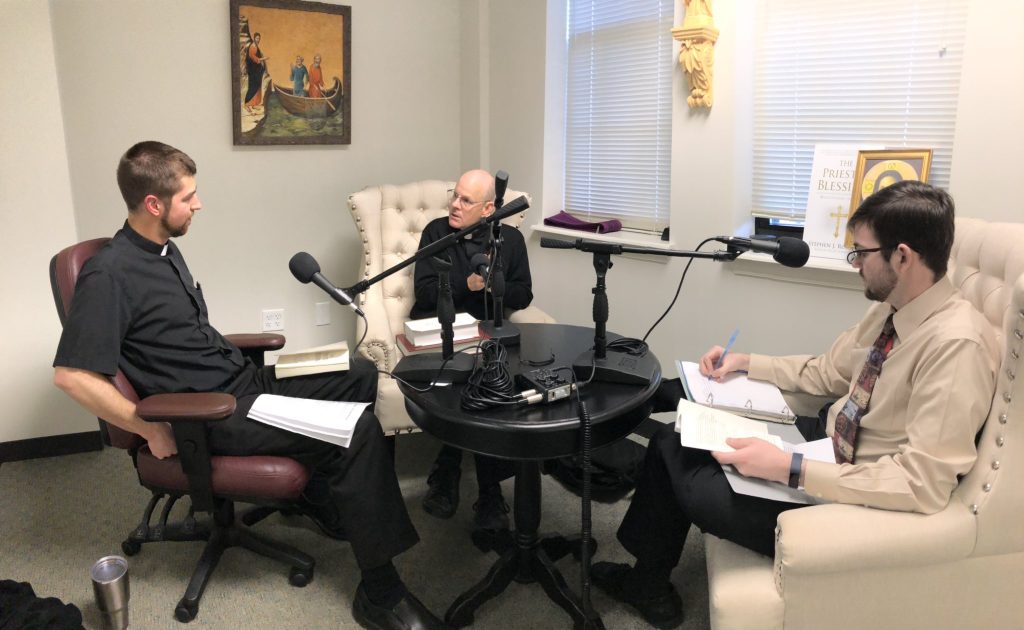 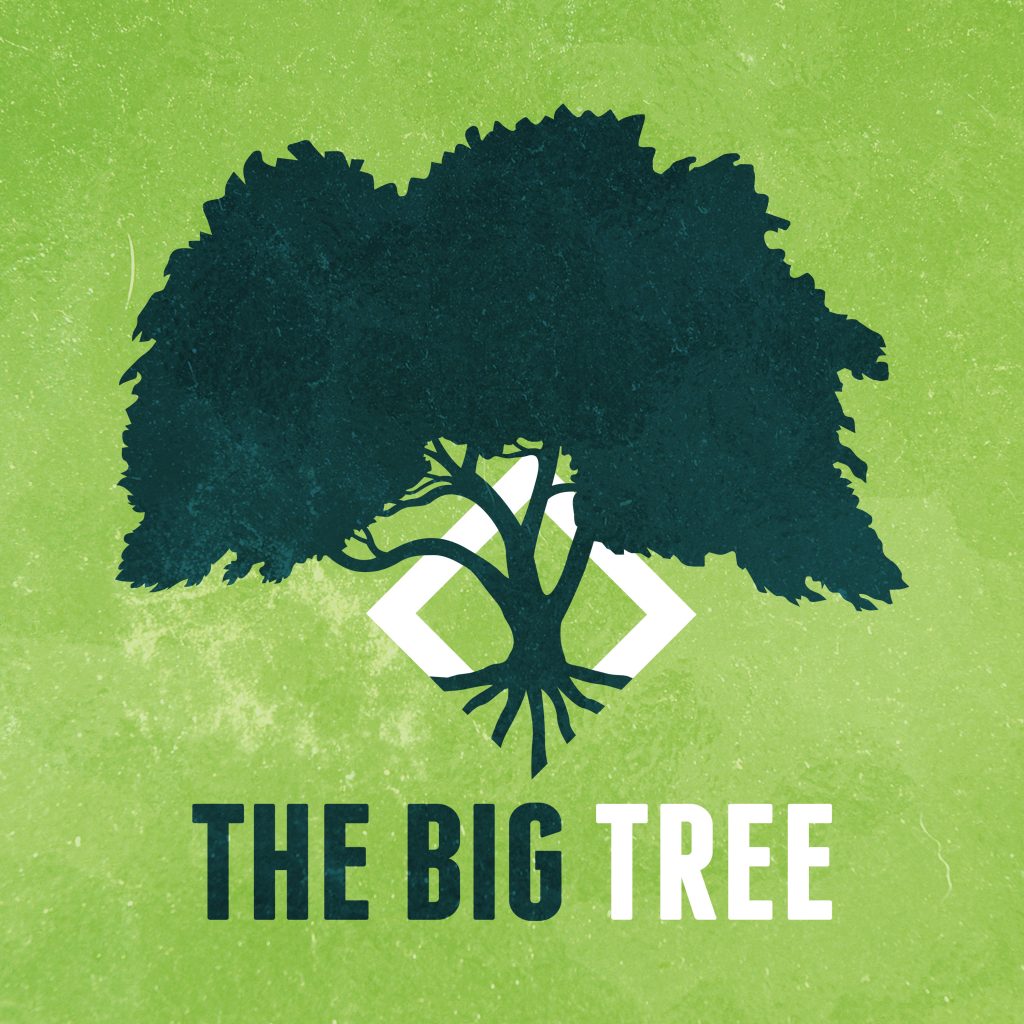