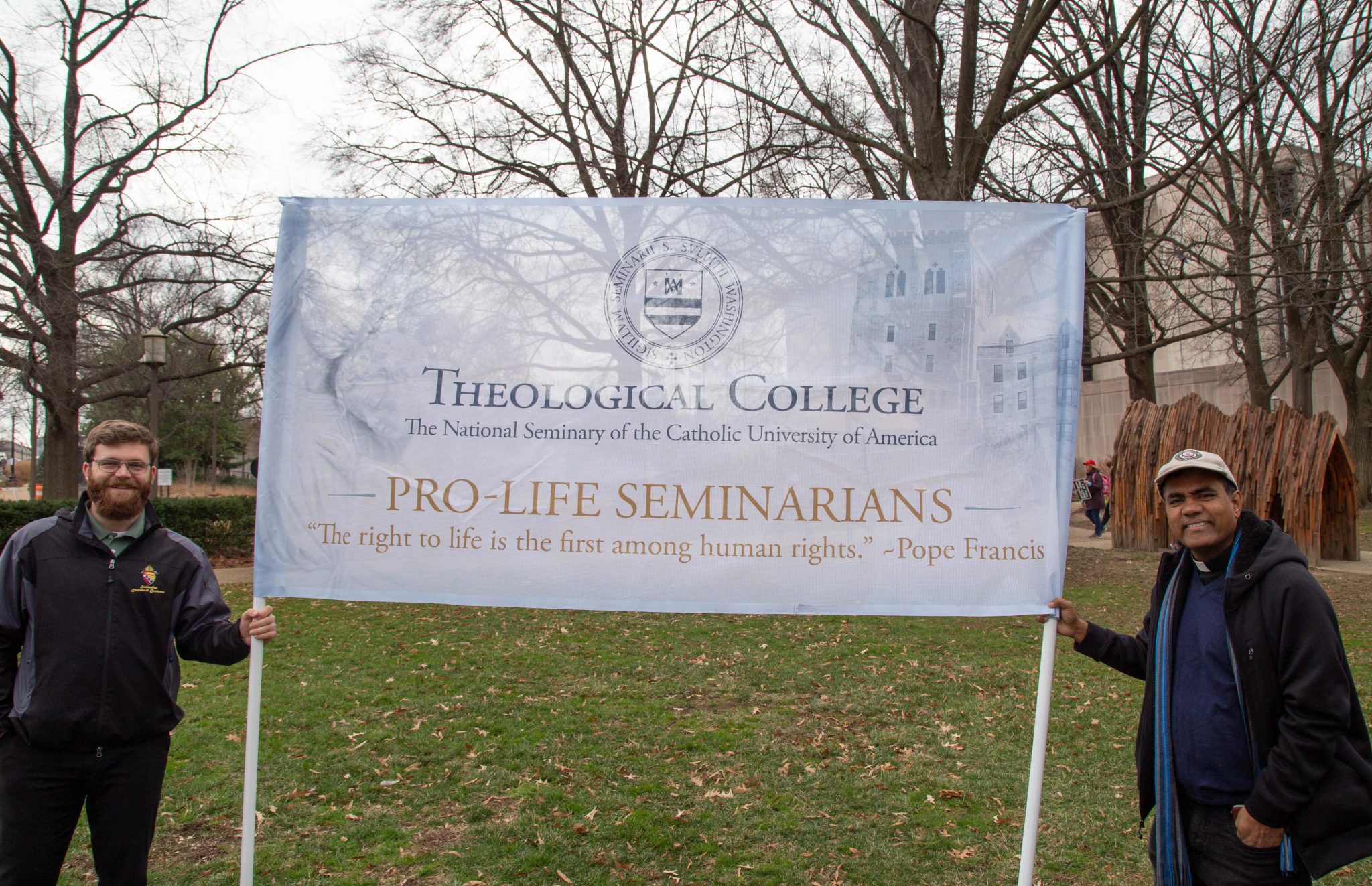 Almost a hundred participants in the 47th  March for Life on the Washington Mall were welcomed to TC by gracious seminarians, faculty, and cooking and facilities staff. Priests, bishops, seminarians and others from around the country enjoyed a light dinner before the Vigil Mass at the Basilica of the National Shrine of the Immaculate Conception, and later occupied all available rooms and halls that night. Many took part in segments of the all-night adoration in the Basilica’s Crypt Church, with TC leading the 3 am – 4 am Holy Hour of song and prayer for the pro-life cause. A continental breakfast was opened in the early hours to send off those who were heading to the Mass and rally at the Capital One Arena and other meeting points of prayer and inspiration. Many seminarians met up with marchers from their home dioceses, while others accompanied the group carrying the TC banner for the duration of the March.

Organizers of the March for Life chose “Life Empowers: Pro-Life Is Pro-Woman” for the theme of the 2020 rally and march. In embracing the theme, Jeanne Mancini, president of the March for Life Education Fund, cited the coming centennial of the 19th Amendment, which gave women the right to vote, and the views of early suffragists, including the best-known figure of the movement, Susan B. Anthony. “The present moment is marked by a profound confusion of what it means to be pro-woman,” Mancini said at a U.S. Capitol panel discussion Oct. 15th.

Addresses from two congresswomen, one congressman, two abortion survivors, and President Donald Trump himself were heard by those who were able to make it through the 14th Street security check point, before the area was filled to capacity. The march was said to have drawn more than 100,000 participants. TC’s rector, Father McBrearity, expressed deep appreciation to those who made this opportunity possible to so many guests: “I want to thank Luke Kirk (Second Basselin, Lafayette) and the entire team of volunteers who shared their gifts to make TC’s March for Life hospitality such a success.  I have received feedback from bishops, vocation directors, and others expressing their gratitude for their stay here and for the Holy Hour led by TC at the Basilica.” 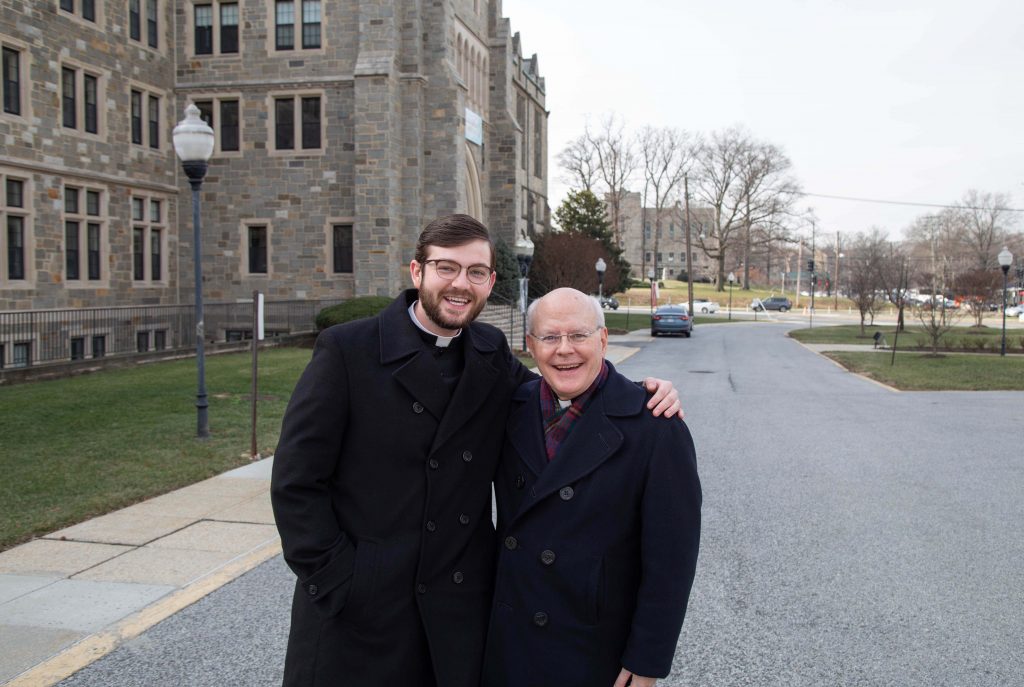 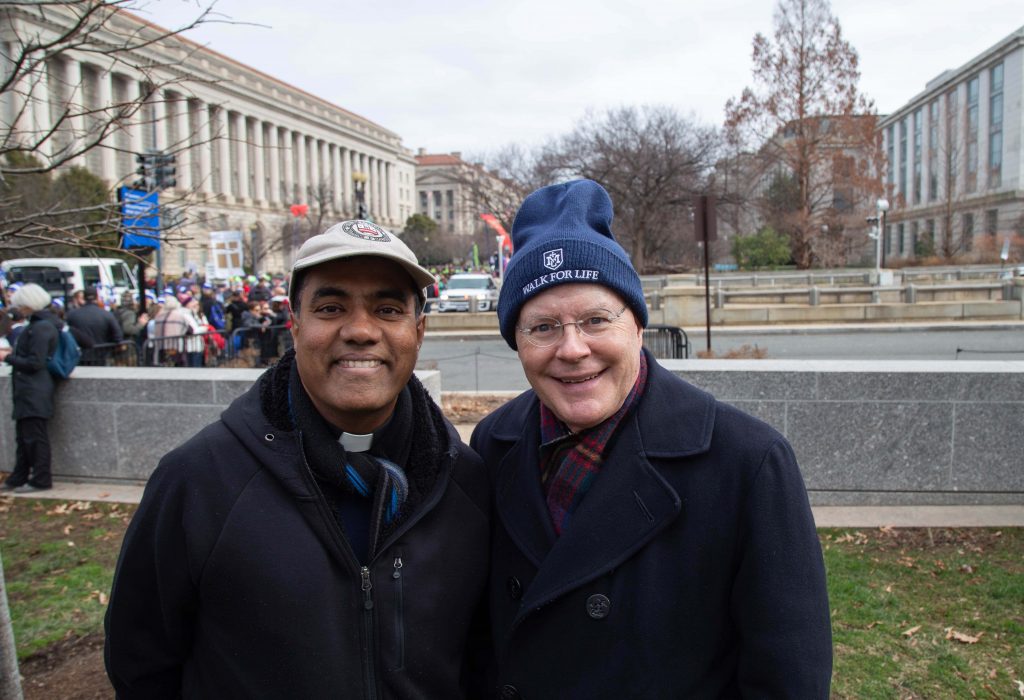 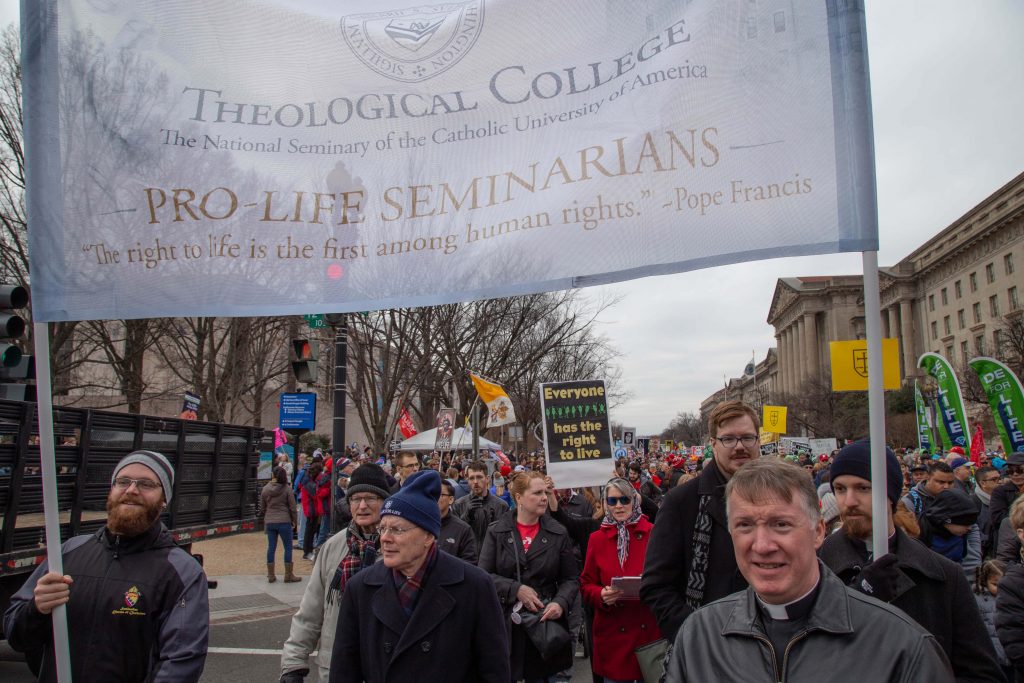 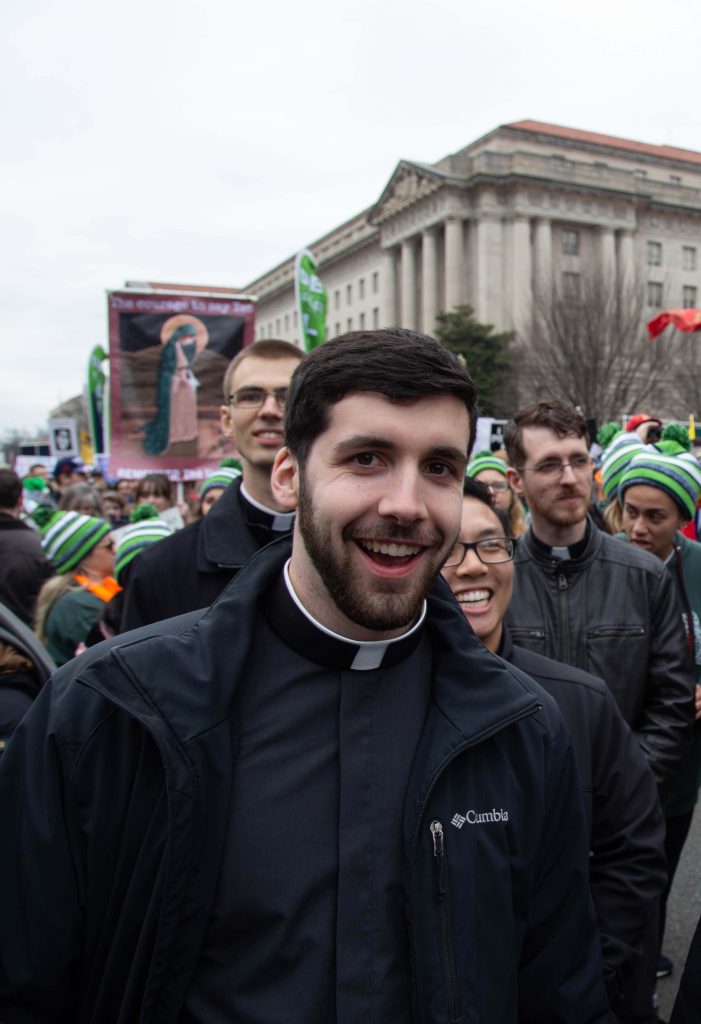 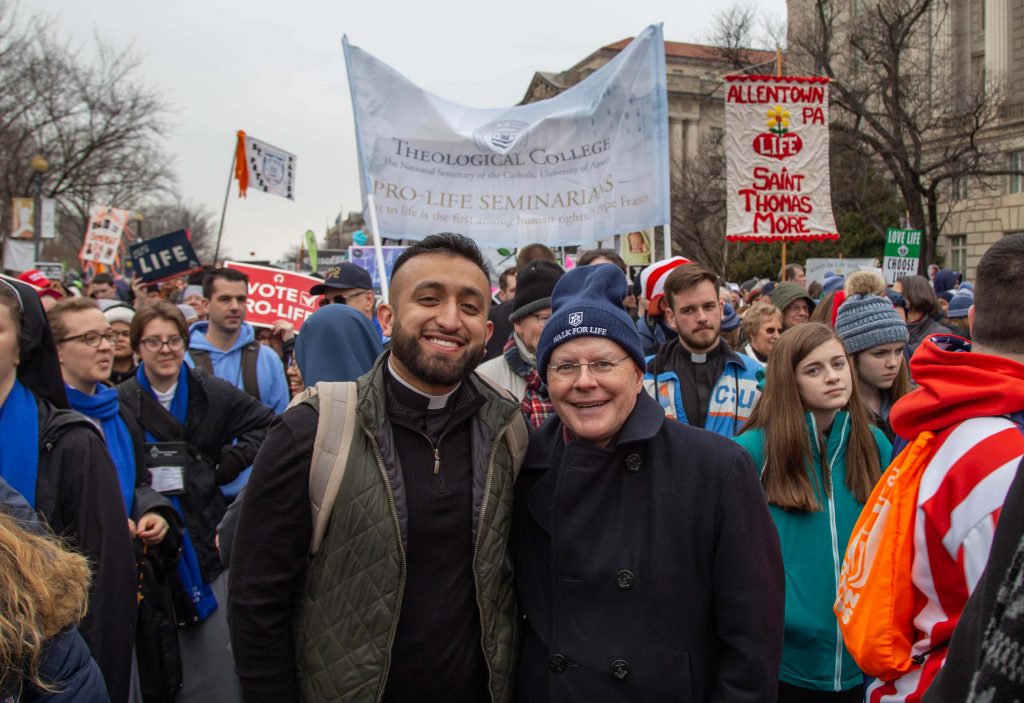 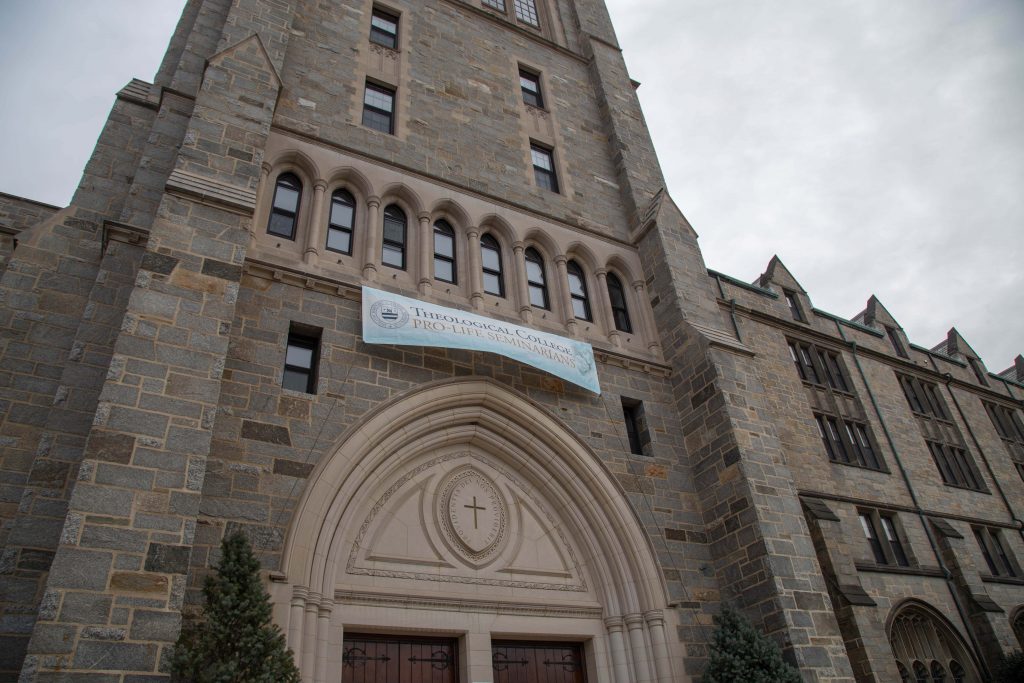 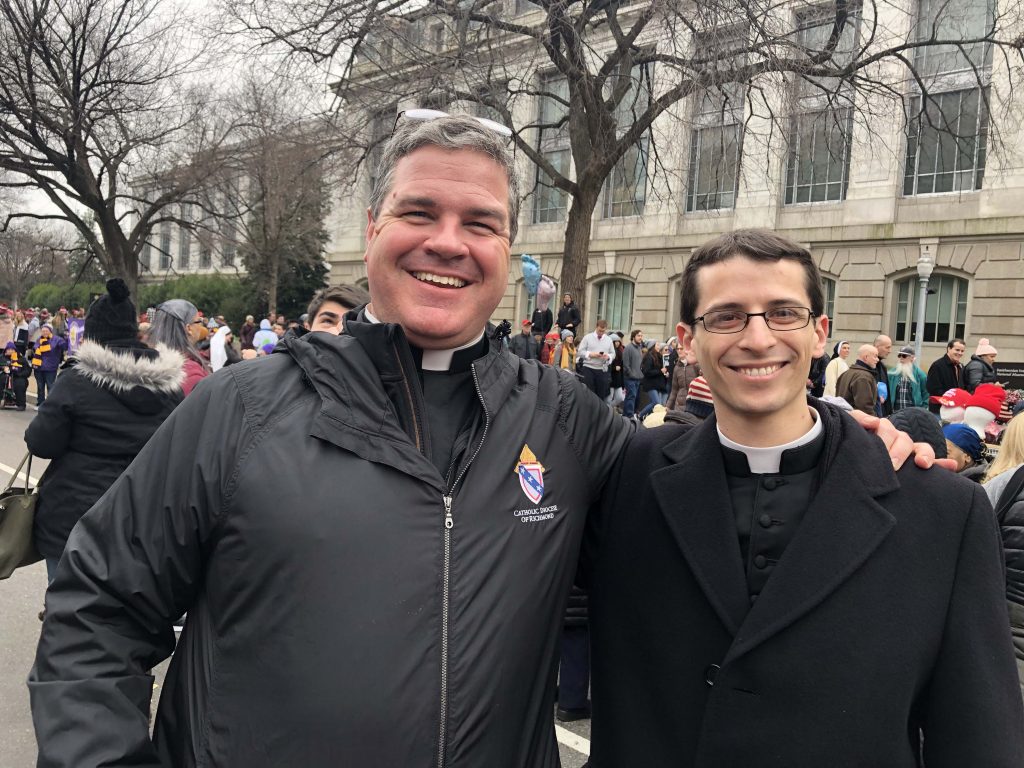