Year of the Basselin – Opening Mass of Remembrance

On Tuesday, April 22nd, at Mass for the Tuesday of the Octave of Easter, the Theological College community remembered in a special way Theodore Basselin, the American industrialist whose generosity established the Basselin scholarship. This event marked the 100th anniversary of his death on April 19, 1914.

Fr. Phillip Brown, S.S., Rector of Theological College, offered opening remarks inaugurating a year of events honoring the Basselin program, its founder and scholars, and the contributions they have made in service to the Church in the United States.

The principle celebrant for the Mass was Fr. David Thayer, S.S., director of intellectual formation at Theological College. Concelebrants included Msgr. John Wippel (B’56) and Msgr. Robert Sokolowksi (B’57), professors in the School of Philosophy of The Catholic University of America, as well as Fr. Rich Colgan, C.S.P. (Basselin 72-74) and the Sulpician Fathers of Theological College. Also in attendance were other former members of the Basselin program, Mr. Rocco Porreco (B’42) and Deacon Harold Jopp (Basselin 66-67).

The Gospel reading for this joyous day in the Octave of Easter recounted the encounter of the risen Christ with Mary Magdalene. Jesus exhorts Mary to bring the good news of his Resurrection to the disciples. In his homily, Fr. Thayer related this mission to that of all Christians. He remarked that Theodore Basselin recognized the importance of spreading the faith, and so established a scholarship that would help future priests to be more effective teachers and preachers. 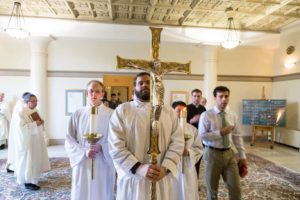 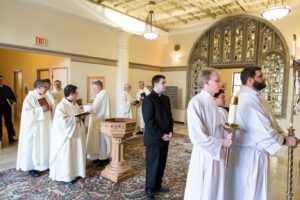 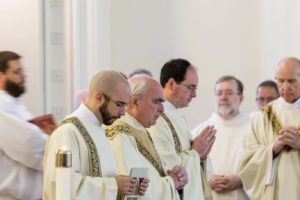 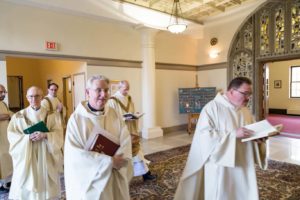 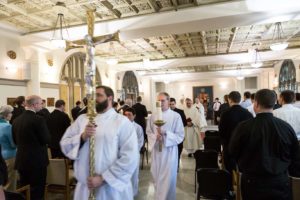 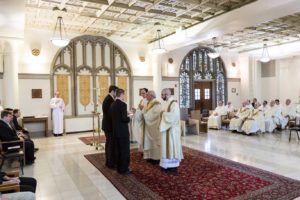 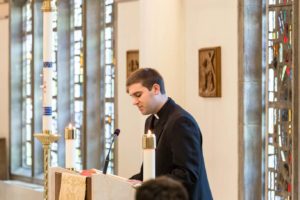 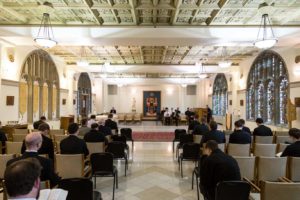 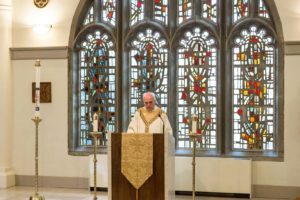 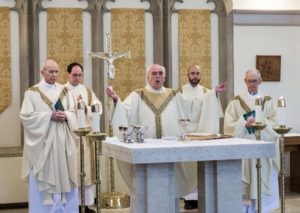 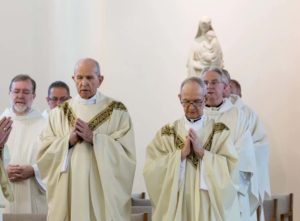 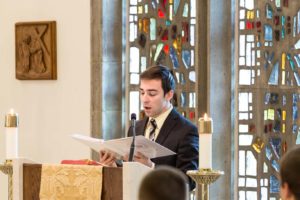