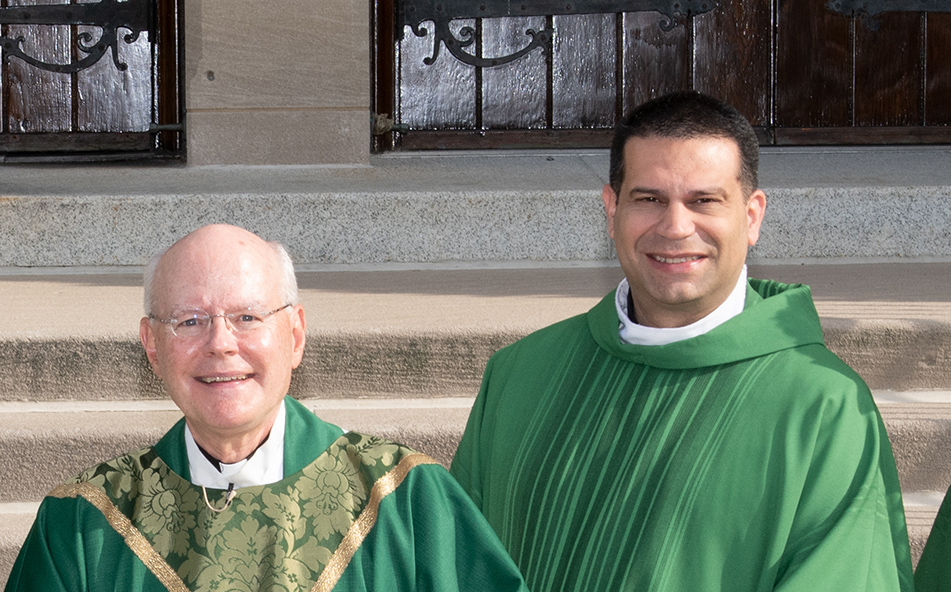 The Provincial Council of the Society of St. Sulpice, Province of the United States, has appointed Sulpician Father Dominic G. Ciriaco, P.S.S., M.A., M.Div., as Acting Rector of Theological College, effective July 1, 2020. This appointment has been made by the Sulpician Provincial Council with the approval of Most Reverend Wilton D. Gregory, Archbishop of Washington and Chancellor of the University, and University President John Garvey.

The designation “Acting Rector” is due to the practice of the U.S. Province to appoint only definitive members of the Society to chief administrative positions. Father Ciriaco, a priest of the Archdiocese of Newark, N.J., ordained in 1999, joined the Sulpicians in 2015. Having completed the Sulpician Candidate formation program, he was admitted to temporary membership in 2018. He is currently in the process of completing his doctoral studies.

Father Ciriaco joined the Theological College faculty in 2015 and served as the Director of Basselins Scholars and Associate Director of Intellectual Formation from 2017 to 2019 before being appointed Vice-Rector in 2019.

Before joining the Sulpicians, Father Ciriaco had extensive parish and archdiocesan experience as a parochial vicar; as the pastor of St. Mary’s Church in Dumont, N.J., for three years; and as the Dean of Bergen County, N.J. He served in parish and high school ministries for a total of 14 years. Father Ciriaco holds an M. Div. and a Master’s degree in Systematic Theology from Seton Hall University in South Orange, N.J. (where he attended seminary at Immaculate Conception Seminary at SHU).

The Acting Provincial Superior, Rev. Daniel F. Moore, P.S.S., S.T.D., praised the appointment, saying, “Father Ciriaco is a very intelligent and articulate priest. He has studied various spiritualities in the Church and has published in this area. He is devoted to the spirituality of Father Olier and will be an excellent leader for Theological College. Likewise, his extensive pastoral experience will be an asset to be shared with seminarians as they prepare for priestly ministry.”

Father Ciriaco will replace Rev. Gerald D. McBrearity, P.S.S., an alumnus of Theological College (’73) and Sulpician since 1975. Father McBrearity will retire and reside at Villa Olier, the Sulpician retirement community in Baltimore, Md. Father McBrearity, who is said to possess “a pastor’s heart,” has been serving as rector for four years. In addition to his term as rector, Father McBrearity has served the U.S. Province admirably in several capacities over his many years as a Sulpician.

The Provincial Council is confident that Father Ciriaco will provide the quality of leadership to Theological College that has characterized the tenures of Father McBrearity and other Sulpician rectors over the years.